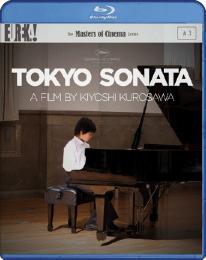 Article
The Ungodly arrives in June 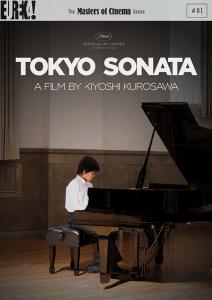 Tokyo Sonata, the latest film from Kiyoshi Kurosawa - the hugely acclaimed Japanese director famous for his groundbreaking, existential horror films such as Cure and Kairo [Pulse] - set Cannes alight in 2008 with a surprising change of pace to, that staple of Japanese cinema, the family drama.

When Ryuhei Sasaki (played by Teruyuki Kagawa) is unceremoniously dumped from his 'safe' company job, his family's happy, humdrum life is put at risk. Unwilling to accept the shame of unemployment, the loyal salaryman decides not to tell anyone, instead leaving home each morning in suit and tie with briefcase, spending his days searching for work and lining up for soup with the homeless. Outstanding performances; serene, elegant direction; and Kurosawa's trademark chills are evident as he ratchets up the unsettling atmosphere and the grim hopelessness of Sasaki's unemployment.

In today's economically uncertain times, this highly topical film - an eerie, poignant reflection on the mass uncertainty sweeping the world - is widely regarded as Kurosawa's finest achievement and was the only Japanese film to receive an award at the Cannes Film Festival 2008 (Jury Prize winner of Un Certain Regard). Tokyo Sonata is showing theatrically in selected cinemas nationwide until June 2009 and is released on DVD and Blu-ray on 22 June 2009.