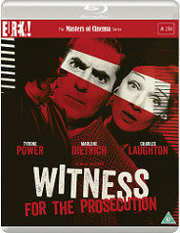 Witness for the Prosecution (Blu-ray Details) 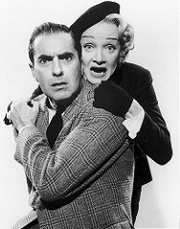 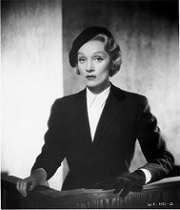 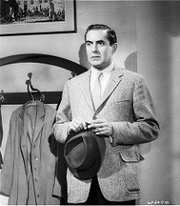 Review for Witness for the Prosecution 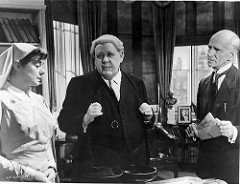 What a lot of fun this film is and well deserving of a prestigious high definition release from Eureka.

Whilst it’s a relatively straight-forward court room drama, and an Agatha Christie adaptation no less, its powerhouse performances, particularly from Charles Laughton but also from the supporting cast , which included Elsa Lanchester, his wife, Tyrone Power, and Marlene Dietrich, alongside the superb direction (Billy Wilder – The Apartment, Some Like it Hot) and cinematography (Russell Harlan – Rio Bravo, To Kill a Mockingbird) make this a must-own classic. Not only that, if you haven’t seen it before, its twists and turns and shock ending (which I won’t spoil here) make it a hugely satisfying narrative in its own right. 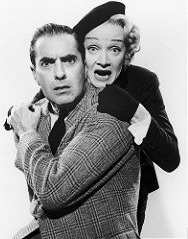 Billy Wilder took Agatha Christie’s play (which was something of a West End hit at the time) and spent some re-writing the screenplay his way with support from Harry Kurnitz (Hatari & A Shot in the Dark) . Whilst the core narrative remains fairly faithful, much of the dialogue was changed which initially upset Agatha Christie greatly – though she conceded in later years that Wilder had done exactly the right thing for the film which was nominated for no less than 6 Academy Awards on the year of its release. 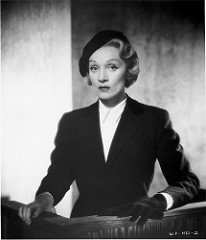 When a wealthy, middle-aged widow is found murdered, her married suitor, Leonard Vole (Tyrone Power) is naturally accused. After all, he had motive and doesn’t seem to have a suitable alibi. His only hope for dodging the noose for a crime he insists he didn’t commit is the testimony of his wife, the older Marlene Dietrich who Vole met whilst a US soldier in Germany at the tail end of WWII.

Sir Wilfrid (Laughton, who was 57 at the time of filming but somehow easily passes for well past retirement age here) is one of London's greatest barristers, known for his brilliance at getting clients off the hook – particularly those whom he believes innocent of the crimes they are to stand trial for. 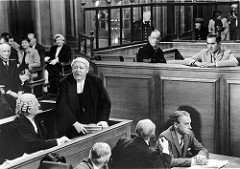 He’s an impatient, cantankerous man (think James Robertson Justice but without the pantomime) who is in ill health and yet remains determined to avoid the advice of his nurse, Miss Plimsoll (played superbly by real-life wife Elsa Lanchester, a great actress in her own right and lifetime companion to Laughton, despite his gay proclivities). He is in danger of having a heart attack unless he takes a cocktail of drugs and avoids alcohol and cigars. Much of the comedy in the film is derived at poor Miss Plimsoll’s expense, as he finds ever more ingenious ways to indulge his vices. Whilst he has been told to ret and avoid the stresses of work, when a friend delivers Mr. Vole to his door he cannot resist the case. After all, the odds look utterly stacked against him and only someone with Wilfrid’s ingenuity in the courtroom would stand half a chance of helping him. 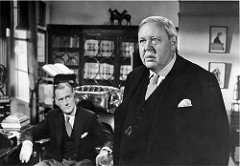 Thus the scene is set, with the prosecution bringing highly compelling evidence to the jury and Sir Wilfred setting out to do some research of his own to counter their attacks. Throughout the case, Vole seems curiously at ease with goings on whilst always protesting his innocence, despite the mounting evidence to the contrary.

All seems to be going their way until Vole’s emotionless and seemingly calculating wife turns up as a witness for the prosecution, providing damning evidence that would see him hung. It’s not possible to go any further into the narrative without spoiling what is an excellent series of twists and turns, not all of which you will see coming. 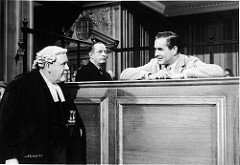 Whilst much of the film takes place in the courtroom, Wilder uses a sophisticated series of flashbacks and behind the scenes of both the defense and the prosecution to build the tension of this compelling and fun film.

The transfer used here is predictably top notch and there are very few signs of wear and tear, ensuring that the film holds up very well. The audio (DTS-HD 2.0 Mono) is perfectly adequate too. 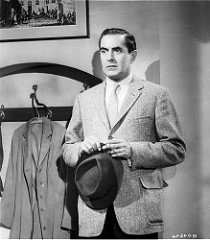 Extra features kick off with a feature audio length commentary with academic critic Kat Ellinger who does a great job wrapping together a cohesive story about the making of the film from its roots in Christie’s play to the way the film was received on release.

There’s a brief video interview with another academic film scholar, Neil Sinyard, who clearly loves the film, and an archival piece with Wilder discussing the film with German film director Volker Schlöndorff.

Perhaps most enjoyable is a Simon Callow interview featurette ‘Monocle and Cigars: Simon Callow on Charles Laughton in Billy Wilder’s Witness for the Prosecution’. As a lifetime Laughton fan, actor and author Callow really digs deep into Laughton’s work and personal life, as well as admiring his sublime acting in ‘Witness’. His enthusiasm for Laughton is absolutely infectious. Callow is the author of a Laughton biography which may well be worth checking out. 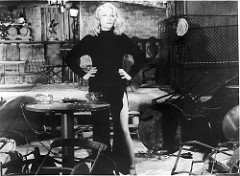 ‘Witness for the Prosecution’ is a great film by any standard and a really fun watch will undoubtedly reward repeated viewings. However, the first time you watch it may well be the best as it packs a few twists and turns which even the most eagle eyed amateur sleuths may not see coming. This edition from is superb and, festooned with really informative and worthwhile contextual extras, is the one to get. Very highly recommended.