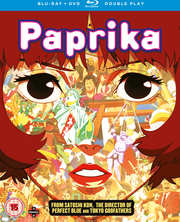 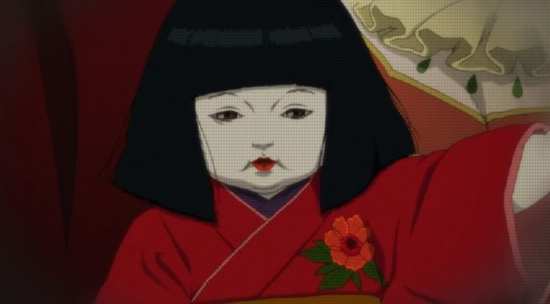 ‘Paprika’ may be ten years old but it really is as fresh as a daisy. I’ve never seen it before but one thing’s for sure – I’ll be watching it again soon. As anime movies go, it’s up there with the best. Possibly with the best of the best; stuff like Hayao Miyazaki’s Studio Ghibli ‘Spirited Away’ or ‘Princess Mononoke’. In terms of atmosphere and tone (and we’re talking surrealism and dream territory here) it’s very close, though possibly more targeted at adults, carrying a 15 certificate and dealing with some complex issues.

I should position this review as that of an anime dabbler. Hard-core fans looking for an educated assessment of the film should take a look at Jitendar Canth’s excellent review of a previously issued Blu-Ray here.

However, if you’re happy to get the view from the outside, well, here it is.
‘Paprika’ the anime movie really only exists because of the impossibility of creating a live-action version of the book on which it was based. Penned by a man considered a great master of Japanese literature, Yasutaka Tsutsui in 1993, it was optioned as a live movie but was soon abandoned due to the technical limitations of CGI at the time and the huge expense it might take to properly realise it. 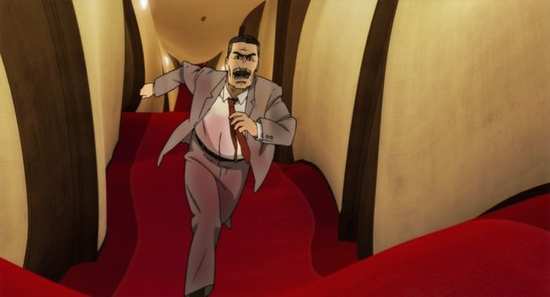 It’s the psychedelic story of a female detective who investigates criminal cases by entering the dreams of her subjects. Or so the blurb says. However, when you see it, it’s apparent that it’s much more sophisticated a narrative than merely that.

In the near future, a revolutionary new psychotherapy treatment called PT has been invented. Through a device called the "DC Mini" (about the size of an old laptop, matched with some headphones with ‘spikes’ on them) it acts as a "dream detective" to enter into people`s dreams and explore their unconscious thoughts. Not only that, it works just fine though remains officially untested. But during development, it seems a charismatic young lady, Paprika, is already entering the dream-space; always calm and never ruffled by any of the extraordinary scenes she finds herself in. But does Paprika exist or is she just a dream-like manifestation of someone else? The female ‘detective’, Atsuko perhaps? After all, she has been a major part of the technology’s development. 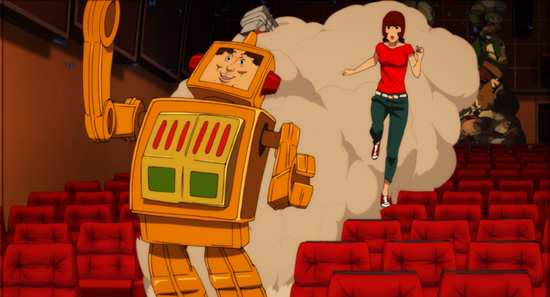 In the wrong hands, the DC Minis could be disastrous. Aided and abetted by the constantly philosophising police detective, Toshima Konakawa, the two join forces to try and retrieve the rogue technology, as well as track down the perpetrator of a murder that has been haunting Konakawa. Suffering from constant nightmares, he has become more than familiar with Paprika and now seems able to assist from both sides of the conscious divide, despite getting perilously close to losing his sanity along the way. Cue stacks of surrealistic flights of fantasy, deep psychology and high-octane action. 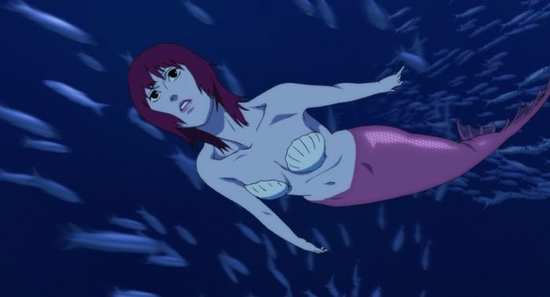 Although that may sound pretty out there, it’s really just the setting for some incredible and mind-blowing explorations of dream-logic, or the lack of it. Visually stunning in every regard, it’s a mind-melt of hyper-imagination where nothing is true; everything permitted. A world where nothing is what it seems – dolls becoming people becoming robots; floors falling from under people; bodies melting one to the other; a circus of freaks and an insane parade of madness. At the hands of what may be a ‘dream terrorist’, everyone’s dreams appear to be joining into one cacophonous nightmare. 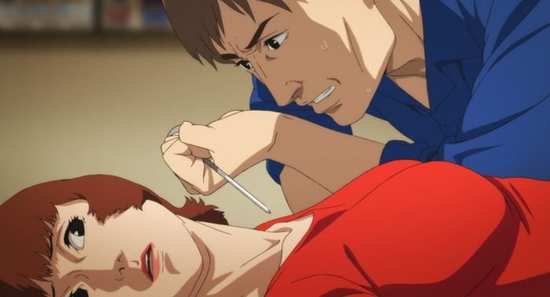 But it’s not all horror. A lovely touch to ‘Paprika’, quite apart from its visually stunning flights of extreme imagination, is its characterisation. What a warm touch that the technical ‘inventor’ (or developer) of the DC-Mini is a highly overweight computer geek. What makes it even warmer is that, just when you think there couldn’t be a bigger loser, love shines at the most unexpected moment – with a reminder that it’s what’s inside that counts. 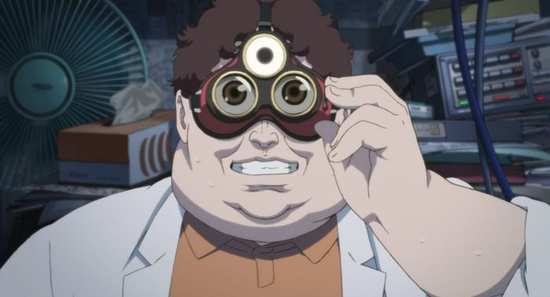 Image quality on this release is exceptionally good – it just looks amazing. I chose the English dub which was excellent too; all voices fitting their characters perfectly. (Next time I give it a watch I’ll select Japanese and English subs, just to keep the boss of our anime department happy).
The score is excellent too with music composed by Susuma Hirasawa, who apparently also wrote the soundtrack for ‘Millennium Actress’ and the TV series, ‘Paranoia Agent’. 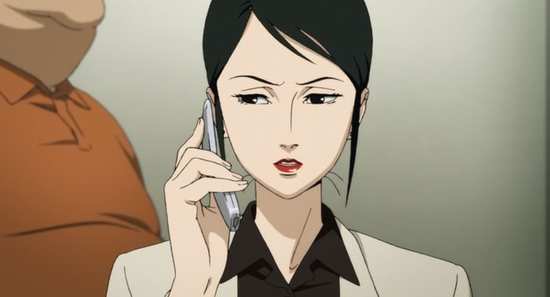 There are four extra features included here (but missing the audio commentary, trailer and stills gallery from the previous Blu-Ray release by Sony Entertainment) – all of which are an interesting watch. I was surprised to see full-screen 4:3 here. Although the film is ten years old I was sure the world had moved on to widescreen 16:9 by then, but maybe not so in Japan.

First up is ‘The Making of Paprika’ which is an interview fuelled featurette, running for 30 minutes. It interviews both the author of the original novel, Yasutaka Tsutsui, as well as Director Satoshi Kon who can barely disguise the thrill of having been asked by the author to consider making the film in the first place. It’s a fascinating insight into both the inception of the book, through to the abandoned live action possibility and on to storyboards and production. 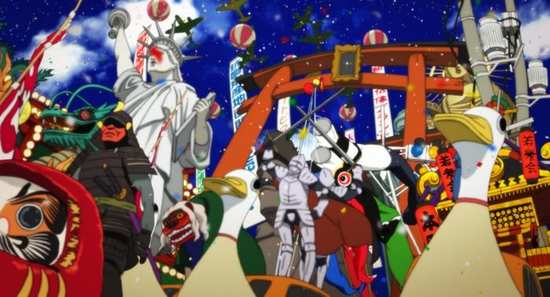 ‘A Conversation about the Dream’ shows director Kon and author Tsutsui in discussion with voice actors Megumi Hayashibara (Paprika/Atsuko) and Toru Furuya (Tokita) to, not only discuss the film, but to share their thoughts on the nature and power of dreams. A fun way to pass half an hour.

‘The Art of Fantasy’ delves into the creative, visual process of manifesting dreams in a realistic way using different colours, hues and tones to somehow convey the atmosphere in a universal way. 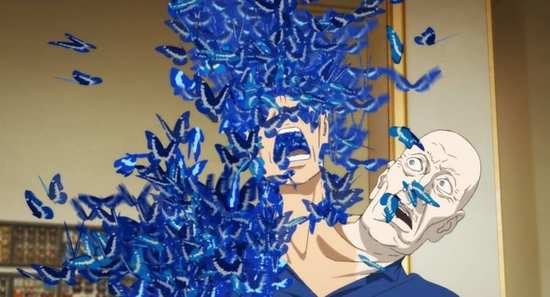 Finally, ‘The Dream CG World’ explores the use of CGI, and the attempts to keep this as subtle as possible in order to maintain the integrity of the ‘dream-like’ state.