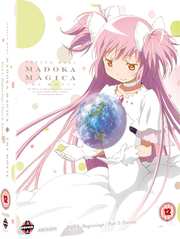 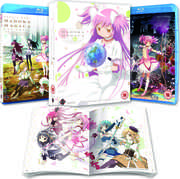 DVD
Horizon On The Middle Of Nowhere - Series 1
Related Articles

Of all the movies that can spin-off from a television series, I like the digest movies the least. They very simply take an arc of a long running series, or a shorter series in its entirety, and re-edit it to create a feature film or two. Sometimes it’s a case of merely re-cutting the television footage, sometimes there’s new animation, and occasionally the film does something a little differently, but generally I find that the digest movies are never as good as watching the series itself. After all, when the two Ghost in the Shell: Stand Alone Complex series were made into movies, that meant editing down some 10 hours of footage per series into 2-hour movies that were just about watchable. Something even more drastic had to be done to make the Death Note movies work, and the first spin-off pretty much was relegated to a highlights package. The cynical would see these digest movies as mere cash-ins, and I have to admit that I rolled my eyes a bit when I first heard that the Puella Magi Madoka Magica television series would see a theatrical outing in the form of two digest feature films. 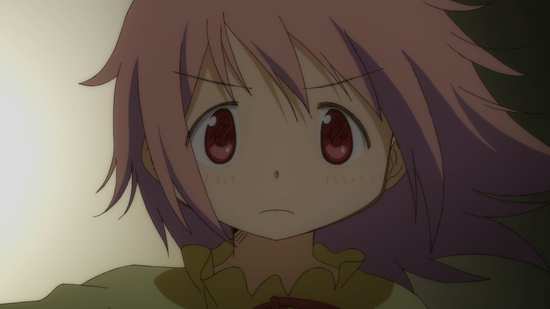 There is a significant difference here though. The Puella Magi Madoka Magica series, a ground-breaking fan favourite, is just twelve episodes in length, which amounts to a collected runtime of a few minutes shy of 5 hours. Now if you take out the credit sequences (3 minutes worth per episode), the previews and recaps, that becomes a smidge short of 4½ hours. The collected runtime of the first two Madoka Magica movies is around 4 hours. You’re not going to lose a lot of essential story if you re-edit the episodes into films. The second thing is it’s a Studio SHAFT creation, heavy on the visual aesthetic, and SHAFT already have a track record of polishing the animation when it came to releasing the series on home video after its initial broadcast. They’re bound to make it spectacular for a theatrical presentation. The third thing is that Puella Magi Madoka Magica is a very theatrical and cohesive piece of storytelling, and I have to admit that the episodic structure of the series, with its regular climaxes and cliff-hangers seemed a little forced. I’m interested to see if the story can be adequately reworked to succeed as theatrical features.

My initial instinct was to review the two films as separate entities, but it turns out that the Part 1 and Part 2 in their titles is no mere conceit. The first two Puella Magi Madoka Magica films are really just one continuous story split in two, and these films are meant to be watched back to back. So I’ll be reviewing them as one entity. 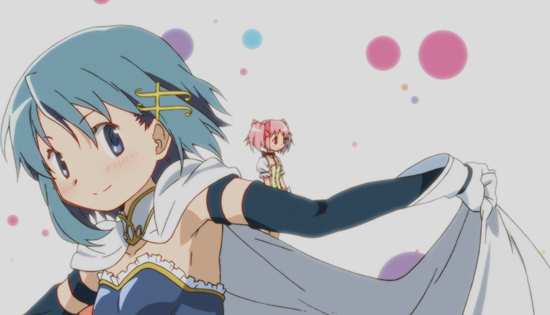 Madoka Kaname is a pretty normal schoolgirl in the town of Mitakihara, sometime in the near future. She’s got a baby brother, her mother is a businesswoman while her father looks after the family. She’s got two great friends in Sayaka and Hitomi, and no real problems. All of that changes following a strange dream and an odd encounter with a transfer student named Homura in school, when she meets a peculiar creature called Kyubey. Kyubey offers her and Sayaka a deal, a wish granted in exchange for becoming magical girls. There’s the real world, and there’s the magical world, and where the two intermix, trouble results. Magical girls are born of wishes, and it’s their duty to protect the world from the witches. Witches are born of curses, and to amass power they bring grief to the world by corrupting innocent hearts. Magical girls fight and destroy the witches, and harvest the Grief Seeds left over to enhance their own powers and purify their Soul Gems, but as Madoka discovers, being a magical girl is nothing like she expected.

The first feature film pretty much covers the first eight episodes of the series. 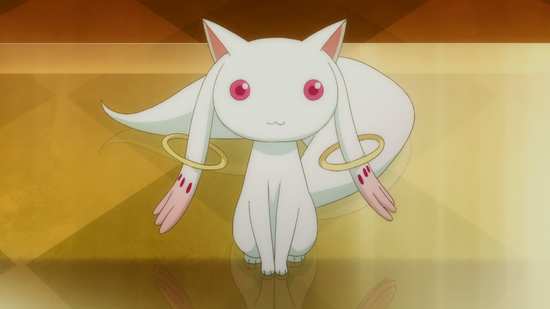 The image is presented across these two discs at 1.78:1 widescreen 1080p, and since both discs use the Aniplex masters, the visual quality is significantly improved over the Madman discs released here for the series. The image is clear and sharp throughout, the colour balance is excellent, and in comparison to those TV series discs, banding is far less apparent. That’s with the exception of one scene around 87 minutes into movie 2, where banding is a little strong.

While much of the films are really the TV footage reused and re-edited, there are several new visual sequences here as well, a few new scenes, enhanced backgrounds, new animation sequences; certainly the witch battles look a lot more grander and intricate than they did in the TV series, although that might just be my perception coloured by the theatrical experience. But I do feel that some of the locations and backgrounds do look more epic and grand compared to the series. It’s very much worth the upgrade to the theatrical versions for the visual aesthetic alone.

The images used in this review are sourced from the PR, and aren’t necessarily representative of the final retail release. 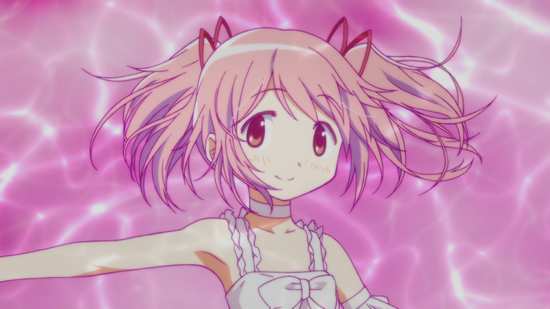 But the real benefit comes in terms of the audio, as the story now gets a fully immersive and utterly effective DTS-HD MA 5.1 Surround Japanese audio track, as opposed to the simple stereo of the TV series. It makes all the difference in the action sequences, while Yuki Kajiura’s music really thrives in a theatrical soundspace. The dialogue is clear throughout, and apparently redubbed anew for the movie in the Japanese, certainly the emotional beats of the story seemed to be played more strongly in the movie. The subtitles are accurately timed and are free of typos, and unlike the Madman discs, use an off-white font with black borders. I don’t know if the English dub was redone for the movies, but I can tell you that just like the Aniplex release, the English audio is a mere DTS 5.1 track, not lossless. It also gets a signs only track, and neither the audio nor the subtitles are locked during playback. 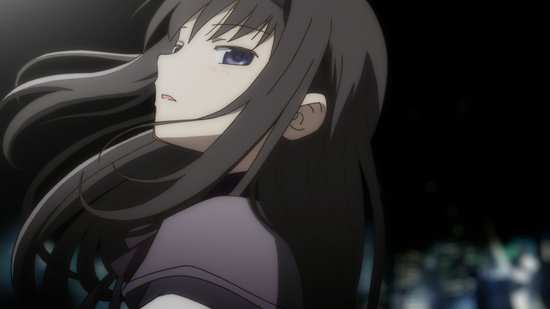 I haven’t seen the packaging or the artwork for the release, just the check discs, but apparently the two Blu-ray cases will get an artbox and there’s some sort of artbook in the package as well.

If you recall the television series, that had something of a compromised UK release, as Manga used Madman’s masters, which had the twelve episodes pressed across 3 single layer Blu-rays, lost some of the minor extra features of the US release, and missed out on a signs only track on one of the discs.

When it comes to the movies, Manga have gone straight to the source, and have used Aniplex’s masters to create the UK discs, hence the off-white with black outline subtitle font, the audio options, and the same extra features.

Both discs boot up with Manga and Aniplex logos, and present their contents with animated menus.

Here you’ll find the textless ending for the movie, the full version of the TV end theme now running to 5:15. This is presented in 1080p, and with a PCM 5.1 audio track at 6.9Mb bitrate. 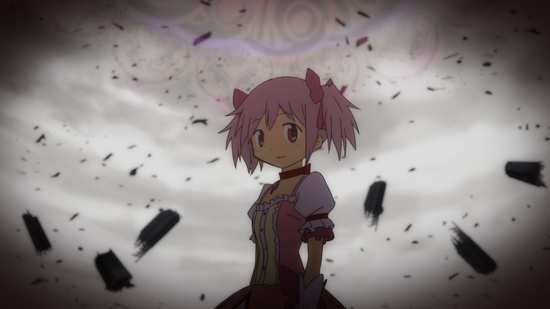 When the TV series came out, I spent eight paragraphs of the review avoiding talking about the actual story, stating then that it was a tale that really shouldn’t be spoiled for first time viewers, so engrossing and original it was. You won’t be surprised to see that I’m going to do that again, review the movies without actually reviewing the movies. If for some reason you have managed to avoid the Madoka Magica runaway freight train as it crashed its way through the world of anime, and you never picked up the series, then you should get these two movies, as with the new, theatrical quality audio, the enhanced footage, you won’t find a better way to watch the story. 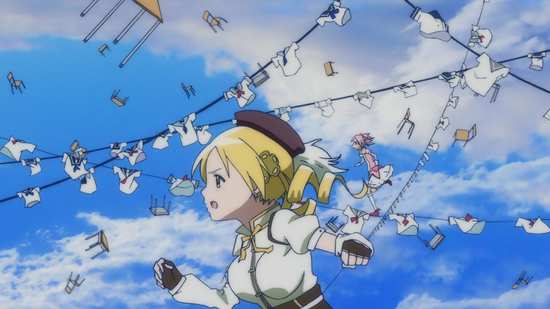 When I reviewed the series, I held back in the final analysis, opting to give it 9/10 instead of the magic 10 than most fans would believe the show deserved. At the time I thought that Madoka Magica was weighed down by expectations, and while the story was original, the intent of the creators to shake up a moribund genre by taking it in a dark and emotionally realistic direction wasn’t, echoing several such anime reinventions since Evangelion re-imagined the giant robot genre.

Having watched the movies, I now realise that my hesitation is probably down to the series’ episodic format, that getting the story in 20-odd minute chunks, meant the usual cycle of beginning, middle and end to each episode, and a potentially contrived climax or cliff-hanger that was expected regardless of how the story was panning out. That’s the way it is in every serialised anime television series, certainly nothing new. But re-editing the story for cinematic presentation means you can do away with that format, and let the story unfold naturally over the space of 2 hours, and let the dramatic high points land where they feel most appropriate. 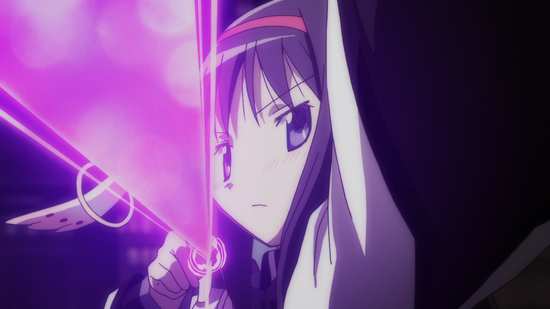 What really becomes clear is that Puella Magi Madoka Magica works best as a feature film. And don’t be fooled by the two discs, and Parts 1 and 2, this really is just one film. You should make the four hours in your life available to watch it all in one go, or at least on consecutive nights. While the first movie stops at the most logical point, following the grand revelations about the natures of the magical girls and the witches that they fight, the second movie doesn’t work without the first. It’s a direct continuation without even a recap, certainly not a sequel.

What also becomes clear is that this is one story, complete in its cinematic form, taking us through a fantastic story full of ups and downs, with great characters, and very sharply observed writing. Its observations on the nature of friendship, love and commitment are very much its strength, and as an emotionally resonant story it’s peerless. It also has a very satisfying conclusion, one that ties everything up with no loose ends. Puella Magi Madoka Magica needs the Rebellion sequel like the proverbial fish needs a bicycle. And as strongly and as well-written Rebellion may be, for its story to work, it means the way one of the character arcs concludes in Eternal has to be false. 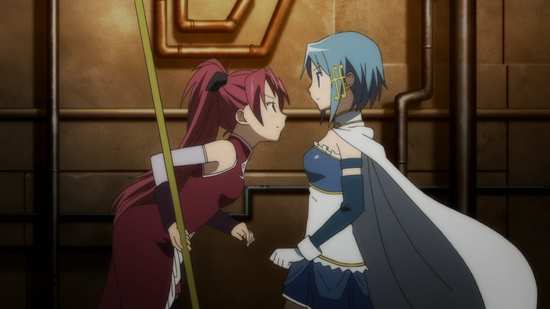 I did it. I managed to review Puella Magi Madoka Magica again without actually reviewing the story. But this is the way to watch it. In terms of technical quality, these two movie discs improve on the Madman sourced series discs, while the actual story works far better in theatrical form as opposed to episodic television. A veritable anime classic!