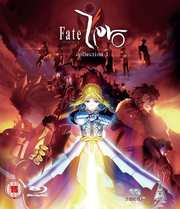 2014 was a great year for anime released by MVM, if only counting by the number of titles I reviewed on DVD, and then shelled out for the Blu-ray versions. As a rough estimate, I count five shows that I was enamoured of enough to demand the HD upgrade, seven if I count those titles that MVM only released on DVD, and where I wound up importing the Blu-rays. In contrast, while 2015 has thrown up some interesting and entertaining shows from MVM, I’ve yet to be moved to getting the Blu-ray versions of any of them, although I do have a pre-order placed for Nagi no Asukara. 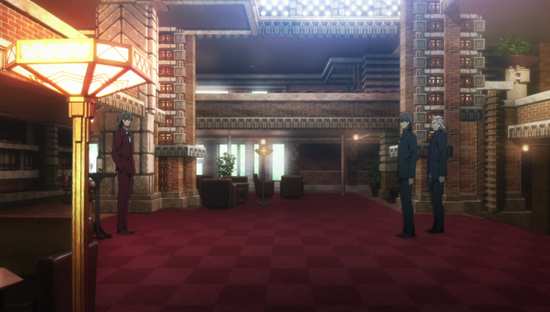 One show that I was expecting very little of last year, following my previous experiences with the Fate universe, was Fate Zero, the prequel tale to Fate/Stay Night. It turned out to be the biggest surprise of the year for me, a viciously good tale, blending characters and narrative in such a way that each episode was wholly un-missable. Studio ufotable had a far more wholesome and engaging approach to the story than Studio DEEN, who had originally animated Fate/Stay Night, and ufotable achieved so much with their take that they were subsequently tasked to remake the original show, and at the end of this year, MVM should be bringing us that series, Fate/Stay Night Unlimited Blade Works as well. You can bet that I’m looking forward to that, as watching Fate Zero convinced me to shell out for its Blu-ray, although I left it a little too late to get the Limited Edition with the artbox. 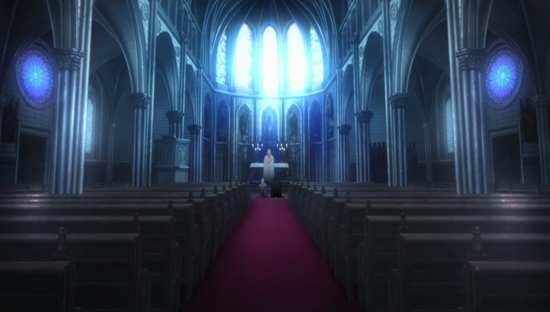 You have to wonder what this show is worth though. Looking around for the best possible version, I started with the US as usual, and found that it was an Aniplex release, which is enough to set alarm bells ringing in my wallet. What’s more it comes in two versions. The early import version of Part 1 from Japan, has Japanese audio only, English and Japanese subtitles, spreads thirteen episodes across four Blu-ray discs, also has a drama CD, soundtrack CD, booklets and exclusive box artwork, and it has similar presentation and content for Part 2 as well. The RRPs are $499 and $459 respectively, and it would set you back some £700. There then followed the domestic Aniplex US release, which added the English dub, Spanish subtitles, reduced the disc count from four Blu-rays to three per set, kept the soundtrack CDs, added English cast interviews DVDs, with more rigid artboxes priced at a more ‘reasonable’ $188 and $175, only £290-ish... It has to be added that the dub on these releases is in Dolby Digital only. 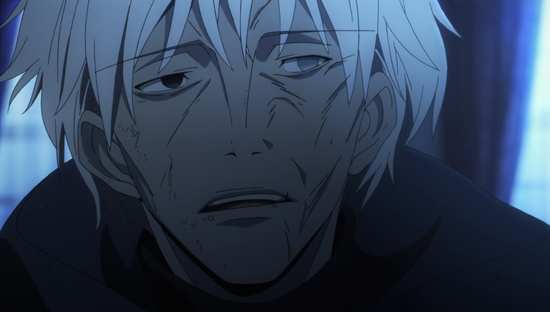 For Region B, MVM and Madman Entertainment went halves on their Blu-ray release, the collections that I wound up buying. As mentioned, I missed out on MVM’s LE artbox, so I just got Amaray cases, no booklets, no CDs, and the Blu-ray disc count reduced even further to two per set, the usual of around 13 episodes spread across one single and one dual layer disc. But unlike the Aniplex release, the English audio here is lossless, just like the Japanese. One thing that Aniplex do to warrant their massive price tag is max out the video quality and the (Japanese) audio quality. Whereas putting 13 episodes onto two Blu-rays, invariably invites compromise. The question is just how much of a compromise? Actually, given that the MVM releases retail at £35 apiece, and I picked them up for under £40 total on sale, do I even care about the compromise? 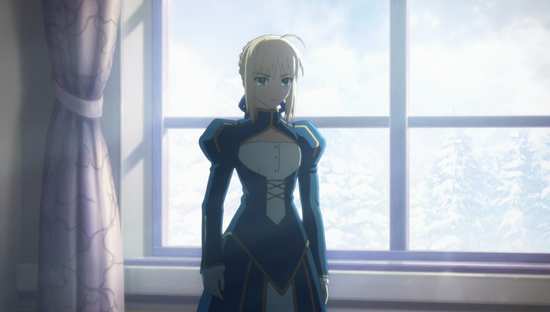 10 years before the events of Fate/Stay Night, the Fourth Grail War took place in Fuyuki City, but following three previous inconclusive conflicts between the factions of the magical community, fighting to gain the power of the Holy Grail; this would be a war with a difference. The biggest and most obvious change was that this time, one of the mages selected to do battle was actually other than a mage, rather one of the priests that would normally oversee the Grail War. And this time, mage Tokiomi Tohsaka would form an alliance with the priest Kirei Kotomine to take the Grail. But at the same time, The Einzbern family have against all expectations allied themselves with the notorious mage killer and mercenary assassin Kirutsugu Emiya. As the Grail war begins, and the mages summon their servants, Tokiomi summons the king of kings himself, Archer, a.k.a. Gilgamesh. At the same time Emiya calls forth none other than King Arthur herself, Saber. 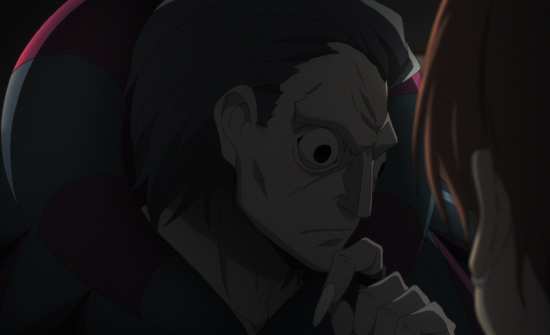 13 episodes of Fate Zero, including the double length opening episode, are presented across 2 discs by MVM. As usual, this double dip review looks at the quality of the Blu-ray, and if you want to read more about the series click on the review for the Part 1 DVD. 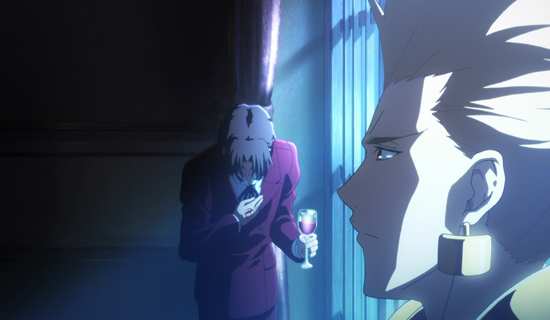 Fate Zero gets a 1.78:1 widescreen transfer at 1080p resolution, and it’s almost everything I could have hoped for. The added resolution of high definition really does bring out the show at its best, removing most of the compression issues that you get with DVD, and offering much more in the way of detail. One early scene with Waver in a library, with light flickering off motes of dust, is an example of how much more life there is to the show. Detail, clarity, the sense of depth and weight to the world all benefits from the Blu-ray format. It’s all for the best, as Fate Zero gets a rather splendid animation from studio ufotable, characters are detailed and the animation is fluid. The backgrounds and world design are very appealing, and the action sequences speak of a decent budget and a whole lot of work. With better colour, and progressive playback, the Blu-ray is the obvious choice here. If there is an issue, it would be digital banding, of which there is some although not as much as on other shows, during darker scenes and scene transitions. That would be down to putting the equivalent of 14 episodes on 1 dual layer and one single layer disc. The Aniplex releases would have them on 3 dual layer for the hybrid discs, and 4 dual layer for the Japanese only discs, and I would guess that digital banding wouldn’t be an issue there. But when I weigh up £40 for the UK release against £300 for the cheapest US release, I can take a little banding! 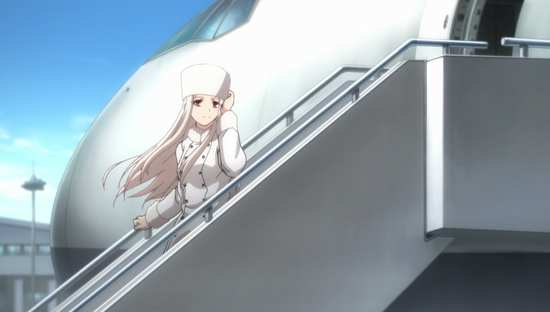 You have the choice between PCM 2.0 English and Japanese, with optional translated subtitles and a signs only track. I was very happy with the original language track, the dialogue was clear throughout, the show’s music came across well, and the stereo gave enough space to the action sequences to offer some immersion. Of course a 5.1 track would have been appreciated more, especially with a show of this quality. The subtitles are accurately timed and free of error, but on this Madman sourced Blu-ray, there are issues with a few flashing subtitles when there is multiple dialogue being translated, or dialogue interspersed with text translations, as these are discs that can only show one subtitle caption on screen at a time. It doesn’t happen often enough to be an annoyance though. I gave the dub a quick try, and found it to be one of the quality dubs, with actors well cast, even for the minor characters, and performances that did justice to the story. 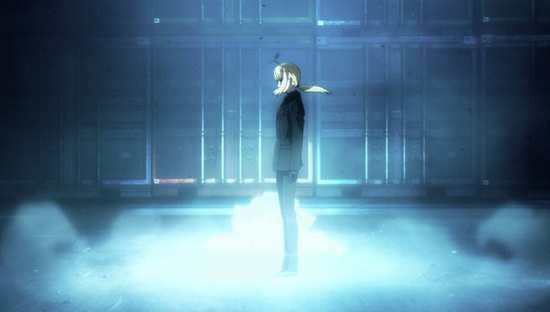 The discs present their content with animated menus, the textless opening sequence running full screen in the background, with a simple menu in the middle to choose from.

The only extras are on disc 2, and amount to the textless credit sequences. 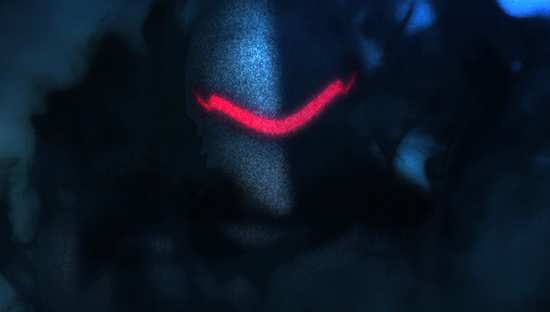 It’s only been a year or so, but I had actually forgotten how good Fate Zero is. I remembered rating it highly for the DVD review, and I remember how much I enjoyed it, but it took watching it again to understand again just why. It’s a fantastic series, epic, grand, action packed, but all arising from character. It’s smart, thoughtful, and realistic characterisations, in a show that refuses to dumb down, and refuses to pay lip service to fan expectations and otaku clichés. As I said for the DVD review, this is a show that can have a whole episode of three people just sitting down and talking, debating philosophy and human nature, and it’s still enthralling and riveting stuff. Fate Zero is one the best anime out there, a tremendous expression of the Fate Universe. If the first Fate/Stay Night series was the Hobbit, Fate Zero is Lord of the Rings (we’re talking books, not Peter Jackson movies). 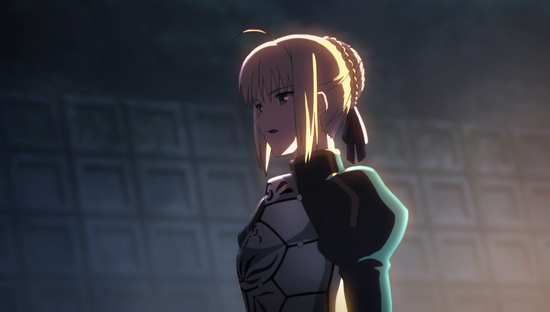 As for this Blu-ray release, it’s very much worth the double dip. The image quality does the show justice, really bringing out the detail, the warmth, the quality of the animation all at its best. Lossless audio is always to be appreciated, and as ever, the benefit of having a show in its native frame-rate as opposed to the PAL sped-up DVDs can never be overstated. The subtitling isn’t perfect, but it’s not enough to diminish the viewing experience, while just like every anime show presented in this way on Blu-ray, as most are, you do have to deal with a bit of digital banding, although again it’s less than the usual Sentai or Funimation release. But this is the best way to watch the show in HD if you’re on a budget. For better treatment, you’ll have to think about importing the Aniplex releases, but you could have ten or fifteen brand new releases from MVM at those prices.