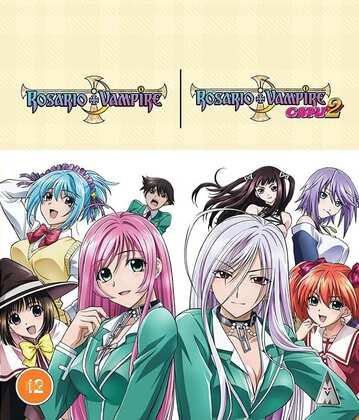 Sometimes it’s hard to come up with something to write for the Review Roundup, especially when delays come into it, and the review is no longer fresh in my mind. Rosario and Vampire is a case in point, given that I actually wrote the review over six months ago. It’s been fermenting on my hard drive ever since, as the release date kept being pushed back. At the time of writing, its release is imminent, touch wood. It’s a vintage rom-com harem show, with the added twist that the human male protagonist winds up at the wrong school, and has a harem of monster girls to deal with. Witches, vampires, ice maidens and a succubus present the main character a challenge, years before Monster Musume did something similar. Rosario and Vampire makes its Blu-ray debut in the UK and click on the review to see how it fares. 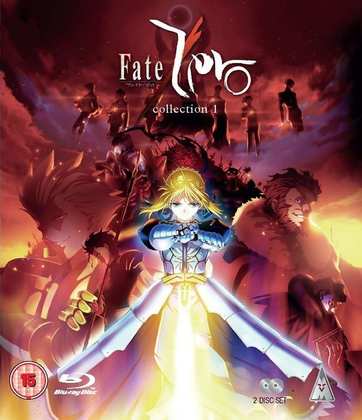 Fate Zero. The Fate franchise is an odd one for me, all the way from the original Studio Deen adaptation to the current Heaven’s Feel movies. The video game has had its three routes adapted four times (Unlimited Bladeworks had two bites at the cherry). There are also plenty of spin-offs, Fate Apocrypha and Lord El Melloi II etc, and Fate Kaleid Liner Prisma Illya and more. The set-up is a magical battle royale for the Holy Grail, with seven mages summoning seven ancient heroes (fictional or real) to fight to the death. The quality of the shows and the spin-offs varies from the forgettable to the great, but the very stylised and formulised storytelling has never really struck me as outstanding. And then there is Fate Zero, the prequel anime to the game which transcends all that, and is very much one of the best anime in my collection. It begins with the same premise, a Grail War that takes place years prior to the one in the game. It features some familiar faces, and some new ones, but the quality of the writing is light years ahead, with a far more engaging story, and plenty of charismatic characters. This is a show that stays with you after the end credits roll, unlike its franchise mates.

MVM released Fate Zero in two parts on DVD and on Blu-ray in 2014. Here’s my review of Part 1. They subsequently released a complete series collection on Blu-ray and on DVD in 2020.

MVM releases the complete Rosario and Vampire on Blu-ray today according to Amazon, but December 13th according to Anime On Line? Has it been pushed back again? Comment below if you know.