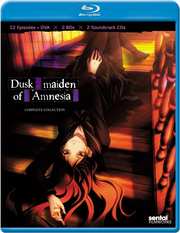 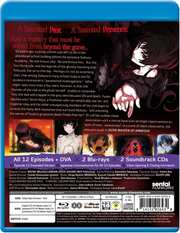 At the start of last year, when I reviewed MVM’s DVD release of Dusk Maiden of Amnesia, I said then that it was going on my Blu-ray wish-list. I’ve actually had the Blu-rays in my possession for over six months now. It’s just that finding the time to watch them has been a little hard. Personally I’m proud that it’s down to six months now; there was a time where the average gap between buying and watching was two years for me! This time, instead of importing from Region B confirmed Australia, I took a chance and opted for the US release instead, as Dusk Maiden was released during that time that Hanabee and Sentai shared their Blu-ray authoring. The reason was that Sentai throw in some rather delectable extras with their release. 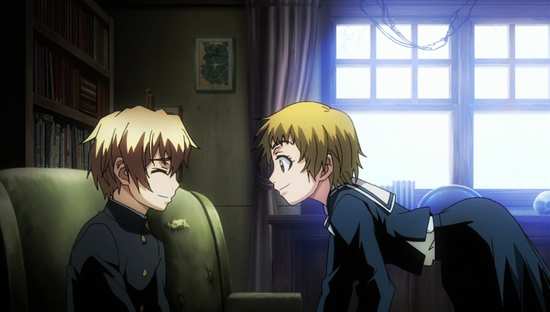 With all the school set anime that has come and gone, the concept of the extra-curricular club is hardly a new one, but the Paranormal Investigation Club at Seikyou Academy is a little different. The most eager and vociferous member is Momoe Okonogi, enthusiastic about all things supernatural, but utterly dense in spiritual terms. She’s never seen a ghost, and most likely never will. Fellow member Kirie Kanoe on the other hand has seen a ghost or two and has definite ideas about how the supernatural world and the world of the living should remain separate entities. Not so much for our hero Teiichi Niiya, who was a key figure in getting the club started after he encountered a ghost when he got lost in the school, and found the ghost to be more sexy than spooky. As for the Club President, Yuuko Kanoe... she is that ghost. She died more than sixty years previously, it’s her skeleton under the club room, but she has no memory of who she was or how she died. She’s convinced Teiichi to start the Paranormal Investigation Club to learn more about her past, but given how Teiichi can see and touch her, she’s in no particular hurry to further that quest. 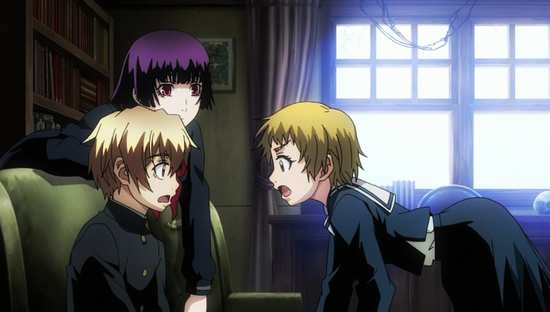 Twelve episodes plus the OVA are presented across two discs from Sentai Filmworks.

I’ve reviewed the series in its DVD form, so if you want to know more about the show, click the link to go there. This review will concentrate more on the technicalities of the Blu-ray. 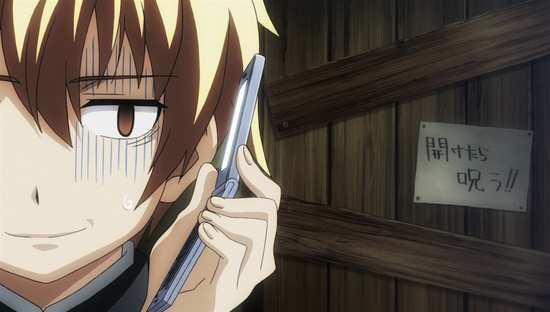 Dusk Maiden of Amnesia is a show that hits you with its colour palette first and foremost. It uses rich and vivid colour schemes to tell its story, reds, oranges, blues and greens, effortlessly used to establish mood and convey emotion. It also uses light and dark effectively to tell its spooky tale, and unsettle the audience. The character animation is strong, and consistent, with a fair amount of fan service to appreciate. The direction is stylish and effective, using the kind of touches that Studio SHAFT use to hoodwink, inveigle and enchant, but studio Silver Link aren’t quite as blatant with it. 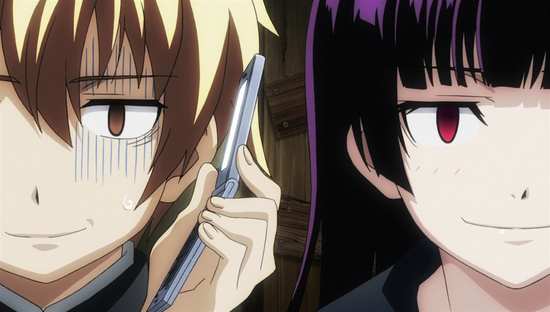 I loved the show on DVD, it got a pretty strong presentation from Hanabee’s PAL conversion, but this Blu-ray presentation blows the DVD out of the water. The image is presented at 1.78:1 widescreen 1080p, and the first thing that hits you is the intensity of the colours. They are so rich, vivid and alive that you’ll simply be mesmerised by the look of the show for the first few minutes, and forget to pay attention to the story. On top of that, compression artefacts are absent, line art is detailed and smooth, and in progressive playback the animation is fluid and nuanced. It looks as if Sentai refrained from boosting the brightness too much, as usually happens for US anime presentation, and for a show that lives in darkness, signs of digital banding are comparatively few, although you will notice when it happens. It could have been a lot worse. This is one instance that I feel wholly justified in double-dipping for the Blu-ray, no matter how good the DVD looks. 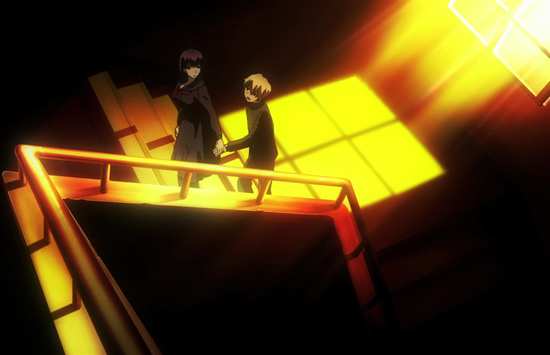 The real reason I chose to double dip for Dusk Maiden of Amnesia was the audio. This was one of the rare Hanabee authored DVDs that we have in the UK that has had pitch correction applied to compensate for the 4% speed-up (normally Hanabee DVDs don’t bother with this), and the distortion in the audio was distracting, and I felt the show’s excellent soundtrack had been mauled. Also, there were a couple of episodes where the audio drifted out of sync towards the end. 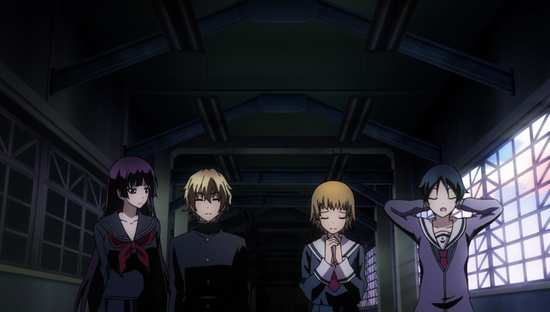 None of those problems exist on the Sentai Blu-ray, with its DTS-HD MA 2.0 English and Japanese soundtracks, and optional translated subtitles and a signs only track. The dub is just as noxious as before, but the Japanese audio is nigh on perfect, with the actors cast well for their roles, giving pitch perfect performances, the action balanced well in the mix, and that all important music soundtrack presented wholly un-marred. 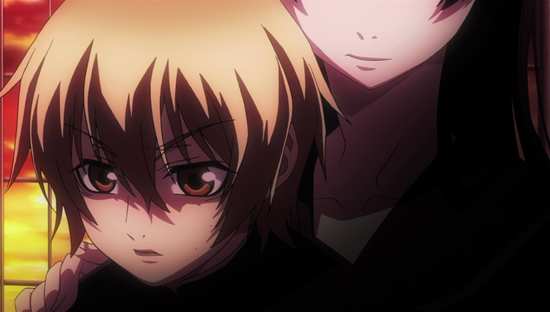 You rarely get physical extras with the basic anime releases, especially from companies like Funimation and Sentai, who outside of their Limited Editions opt for vanilla releases in simple Amaray cases (The Limited Editions are usually vanilla Amarays in a card artbox), but with Dusk Maiden of Amnesia, Sentai actually has four discs in the case, two either side of two central hinged panels. Two of the discs are soundtrack CDs for the show, and given how much love I just issued for to the show’s music in the audio section, you can bet that these CDs are special indeed, offering 90 minutes of music. Dusk Maiden of Amnesia has gorgeous music and these CDs will get more than one play, although it must be mentioned that the opening song, Choir Jail is missing in its original form. There is also a four page inlay to go with the soundtrack with track listings for both discs, romanji lyrics and translations. 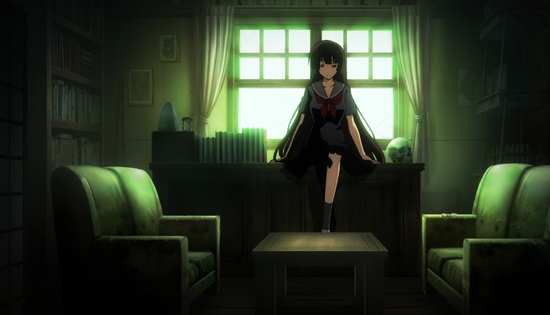 Two Blu-ray discs present the content with static menus. Each episode gets a translated English language credit scroll after the episode ends.

Even without the CDs, this still wouldn’t be the usual Sentai vanilla release. It turns out that Sentai have added even more extra value to Dusk Maiden of Amnesia. 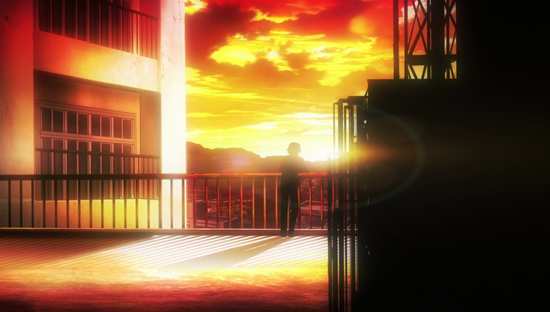 Every episode in this collection gets an audio commentary. They were recorded as live, when the shows were broadcast in Japan, and fans were invited to e-mail and Tweet while they were watching. They are presented by the voice of Yuuko, Yumi Hara, and tend to be a mixed bag, with a whole lot of triviality, a fair bit of scene specific appreciation, and the odd nugget of interest. In episode 4, she’s joined by the voice of Teiichi, Tsubasa Yonaga. Episode 8 sees Misato Fukuen (Momoe) join in and add some commentary, and episode 9 has Eri Kitamura (Kirie) in the booth with Yumi Hara. Incidentally, there is no commentary for the extended version of episode 12, while the OVA commentary was not recorded ‘as live’ like the rest of the series commentaries. 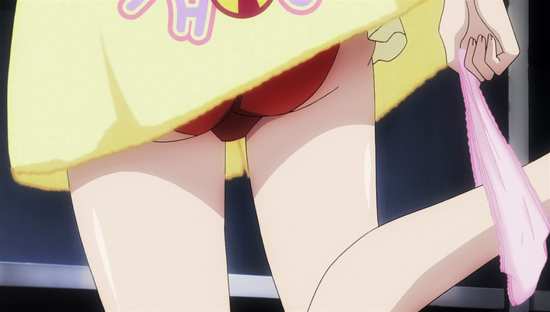 The video extras are all on disc 2, and simply amount to the usual of the clean credit sequences, and trailers for Bodacious Space Pirates, Kids on the Slope, Mysterious Girlfriend X, and Inu X Boku SS all in 1080i HD. Just like the Hanabee DVDs, there are only the one opening credit and one closing credit sequences. I guess the promise of more on that DVD was just a mistake. 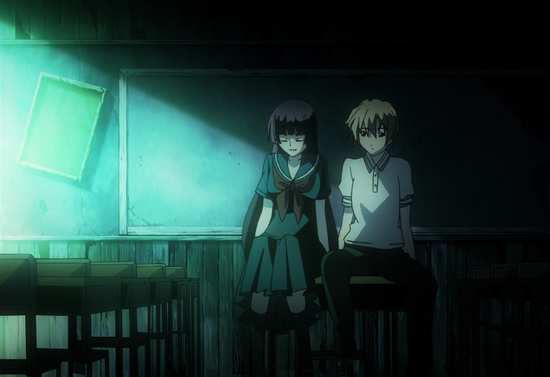 I’m nudging up the score a tad over the DVD version. There’s certainly added value in having the soundtrack bundled with the Blu-ray, and the visual upgrade is most definitely worth it. On top of that, none of the issues that were present in the pitch-corrected DVDs are a factor in the Blu-ray’s lossless audio tracks. There are no technical issues with these discs. But the real reason is that I enjoyed Dusk Maiden of Amnesia even more the second time around. It really is a great little show, a wonderfully pitched horror comedy romance, with great characters, and a perfectly formed story. 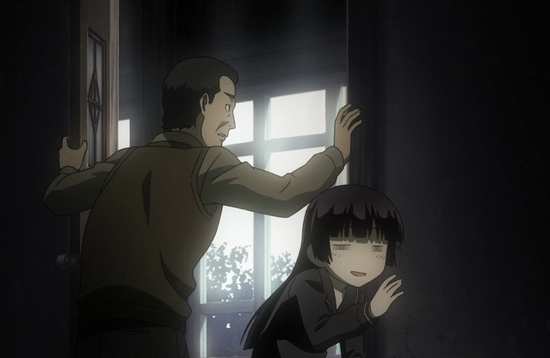 Dusk Maiden of Amnesia is a reminder that you don’t have to be big to be entertaining. There are just four recurring characters in the show, the central pairing of Yuuko and Teiichi, and really strong support in the fan of the supernatural, but spiritually dense Momoe, and the opinionated and outwardly confident Kirie, who’s easily spooked. It all takes place in one location, the school buildings, and were it a live action production, it could be classed a low budget show as a result. But here there is so much production value in the audio and visual departments, supporting the strong story, that it’s quite the reverse, and Dusk Maiden of Amnesia looks a lot more lavish that some shows with epic casts, and global reach. I also love the way it starts off light and comedic, and gradually grows more serious and dark, without losing its distinct character. 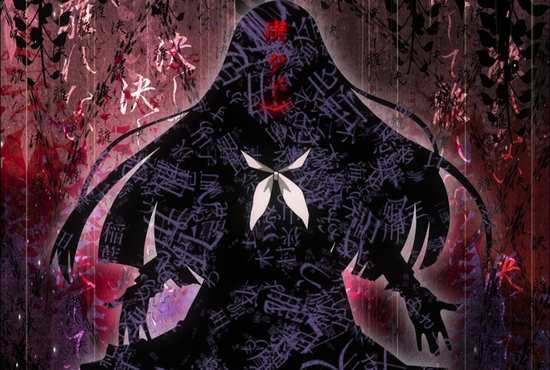 Dusk Maiden of Amnesia is a brilliant show, one of my favourites, and while it’s good on DVD, it’s even better on this Blu-ray, and it’s well worth the double dip (although only the US release has the soundtrack). Of course if you haven’t seen the DVD yet, might as well go straight for the Blu-ray.