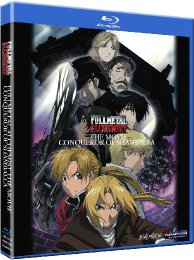 Review for Fullmetal Alchemist: The Movie - Conqueror of Shamballa

Yes, I am indeed reviewing Full Metal Alchemist - The Movie: The Conqueror of Shamballa for the third time, this time on Blu-ray. I just can't get enough Full Metal Alchemist, although to save on my typing fingers, I'll just link you to my review of the Limited Edition DVD, as the content is largely identical. Just to keep things straight, Full Metal Alchemist was the first television anime series, adapted in 2003 from Hiromu Arakawa's manga of the same name, but which caught up to the manga halfway through its run. The anime creators fashioned their own, open-ended conclusion thereafter. The Conqueror of Shamballa, made in 2005 is the feature-length sequel to that original storyline. That series was released here in the UK by MVM and Revelation, and Revelation released the feature film both in single disc and limited edition form. 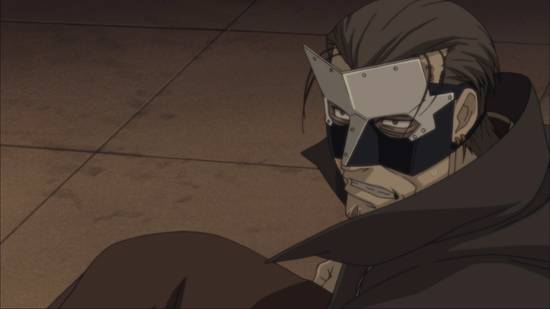 As soon as I got Blu-ray'ed up, I began looking at those films that I desperately wanted to upgrade, and when I saw that Funimation's US release was coded for Region A and Region B, it became my first Blu-ray import. Riding high on the success of FMA: Brotherhood and the hype surrounding the Sacred Star of Milos movie, Manga Entertainment have subsequently announced that they will be releasing Sacred Star of Milos on Blu-ray and DVD later this year. They have also made some noise about a UK Blu-ray release of The Conqueror of Shamballa. Given their track record on Blu-ray, I hope they reconsider. As I've already said, Funimation's Blu-ray is dual-region, and at the price that it can be imported, it would be cheaper than buying it locally. Instead, I hope that Manga chases the Fullmetal Alchemist OVAs. 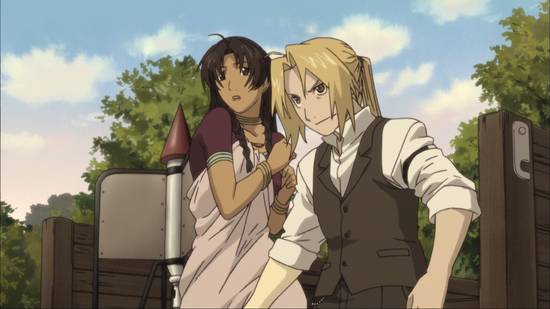 As mentioned, you can read about the film by clicking here.

The Conqueror of Shamballa is right at home on Blu-ray, with a 1080p 1.85:1 widescreen image that is a joy to watch. The DVD was good; with the only real niggle some moments of compression during particularly busy sequences. With the Blu-ray, there is none of that, and at the correct 24fps playback, there's no complaining about PAL speedup either. While Shamballa still exists somewhere between a TV show and a full-budget theatrical presentation, the HD experience does bring out a wealth of further detail, and the richness of the colour palette is streets ahead of the DVD. The difference between the two worlds is immediately striking in this version.

There is a smidge of posterisation, a bit of digital banding in one particular scene, and very fine detail exhibits a bit of moiré, particularly on the CG animation of the rocket planes at the end. These are just the few minor flaws that stop this from being a top-notch Blu-ray transfer, but otherwise this is a splendid release. 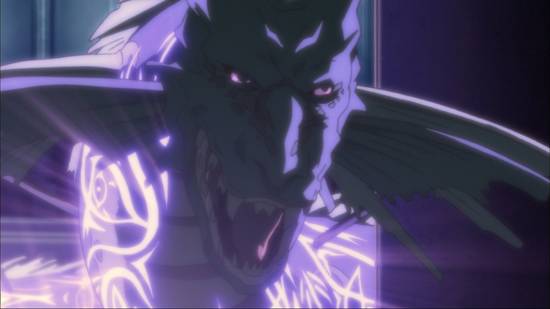 Audio is where Conqueror of Shamballa really shines, with Dolby TrueHD 5.1 soundtracks in English and Japanese. While the DD 5.1 audio on the DVD was good, this lossless audio is better, richer, and more vibrant. It's far more effective in bringing out the film's action sequences, Michiru Oshima's epic music track, and the subtleties of the surround mix. It's the kind of powerful, dynamic, and expansive audio track that really brings the cinema experience home. It must be mentioned though that the volume levels of both tracks are quite different. The English track is pretty pumped up, and what little I sampled of it was at the usual level for my Blu-ray viewing. The Japanese audio on the other hand was far more subdued, and I had to push the volume up halfway before it was had the same effect.

Infuriatingly, this is one of those discs that lock the subtitle and audio streams. You can either watch it with Japanese and full translated subtitles, or in English with song only subtitles. Any attempt to change these preferences on the fly is rebuffed, and you'll have to do it through the disc's main or pop-up menus. Also, unlike the DVD, the Blu-ray doesn't offer you the alternate angle Japanese language end credits. 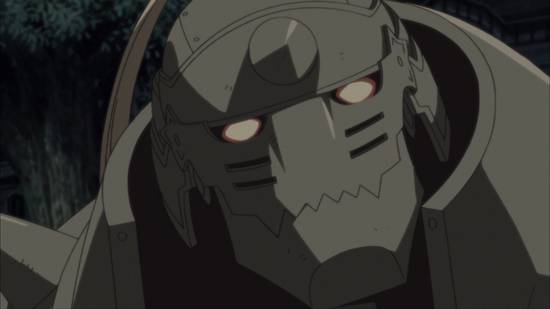 The extras are almost the same as that in the Limited Edition DVD, except that here they are all on the one disc. The Blu-ray has a really pleasant animated menu screen, and the single disc is presented in a skinny, vanilla US Blu-ray Amaray case.

In that respect, the LE DVD is ahead of the game, with its deluxe packaging with integrated commemorative booklet.

The Blu-ray autoplays with an HD trailer for Tsubasa BD, one which looks like the DVD upscaled, and on the disc you'll find SD trailers for Dragonball Z, Bamboo Blade, Case Closed, Nabari no Ou, Sgt Frog, Spice and Wolf, and Gunslinger Girl, as well as the HD trailer for the first Evangelion movie. 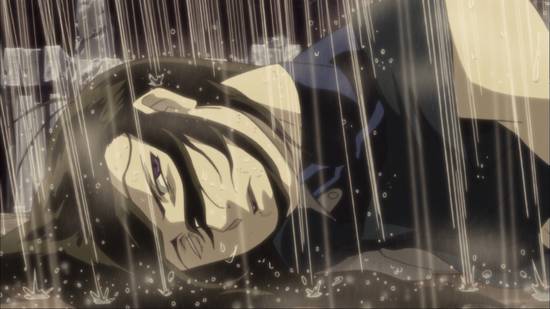 The Making Of, and the Talk Session, are all here presented in SD. On the DVD, you had 10 minutes worth of trailers, on the Blu-ray, you only get 5 minutes. Also, while the production art slideshow gallery is here (in HD), the stills gallery is not. All three commentaries are here however.

I still love this film. I can't think of a more fitting sequel to a television series, especially one that was left as open-ended as Full Metal Alchemist. It's just stunning how it develops the parallel worlds storyline, and intertwining the fantastic and magical of Full Metal Alchemist with our own history, particularly the depression era between the two world wars is an inspired story choice. It's full of sweet moments that sate even the most ardent of Full Metal Alchemist fans, yet manages to tell a complete and cohesive story without ever getting bogged down with back-story and minutiae. Of course Nazis make the most effective of villains, and Nazis and the occult make the most entertaining of action movies. Just look at Indiana Jones. The only real flaw in The Conqueror of Shamballa is that it just doesn't work as a standalone feature. I saw the Cowboy Bebop movie years before I finally watched the series, and I thought it was brilliant. I'd be too confused if I watched The Conqueror of Shamballa that way, and it really needs familiarity with the first anime series to be appreciated. 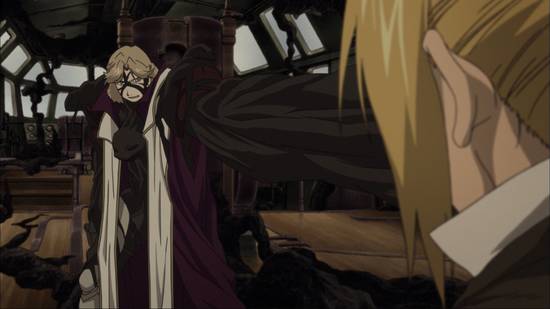 In all the important ways, in terms of audio and visual enhancement, this Blu-ray is the definitive way to watch the film. It's coded Region A and B, which puts worries about region incompatibility out of mind, and at the price that it's available for import, it won't even break the bank. Also, it retains the majority of the extra features from the Limited Edition, and indeed all of the substantial ones. It's just that the Limited Edition is a genuine collector's item, one to cherish and buff. The Blu-ray is just a movie in a box.