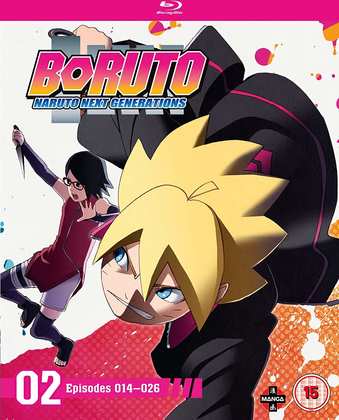 Another week, another batch of reviews to link to... First up is Boruto: Naruto Next Generations Set Two. Boruto has a really narrow line to walk, serving as a worthy successor to one of the most loved long-running shonen series, while not simply rehashing it. So far Boruto seems to be working that balance well, moving the story on to a world that isn’t too far removed from our own, culturally and technologically speaking, but crafting another far-reaching ninja mystery. Part 2 offers some really nice character development. Click on the review to see how the release fares. 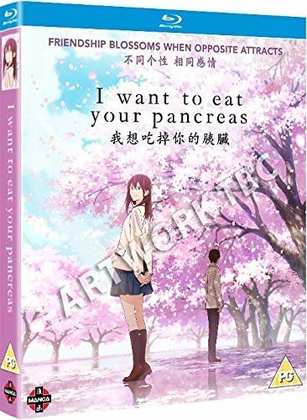 Next it was the turn of a feature film, I Want To Eat Your Pancreas. The Oscars nominations have been announced today, and once again anime has failed to make the shortlist, although when you consider the kind of films that get nominated, and the films that eventually win, it comes as no surprise. A film about a terminally ill girl and the introverted bookworm she befriends would seem to be awards fodder; it’s the kind of true to life, human drama that usually cleans up at ceremonies. Of course with a name like I Want to Eat Your Pancreas, you’d be forgiven for expecting a whole other genre. 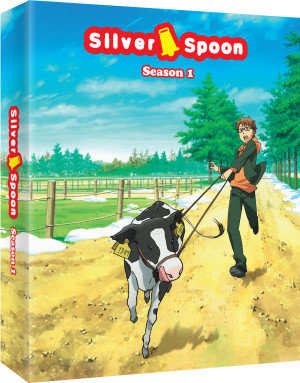 I then snagged a title from my own collection to watch, Silver Spoon Series 1. Stuart McLean reviewed the show a few months ago when it was released, but I love the show too much to settle for check discs. I got the retail version to look at and I take the opportunity to be unimpressed by the extras you get with the show. It’s a case of doing the best that you can with what little you have; an indication of the niche genre that Silver Spoon belongs to. The only other farming show I can think of is No-Rin and that’s hardly comparable. But as I said, I love Silver Spoon, which will make my review a little predictable. 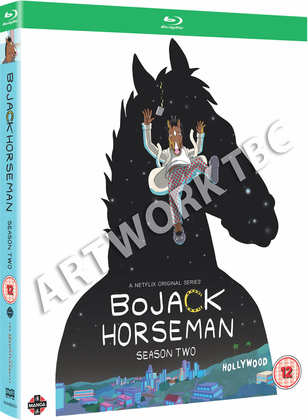 It was back to the check discs next with Bojack Horseman Season Two. It’s such a rare occurrence for me to be surprised by a show that it’s worth saying it twice. Just as true now as it was for Part 1, Bojack Horseman has to be the best adult comedy out there. It just happens to be animated as well. It takes a dark, satirical look at show business in general and Hollywood in particular, through the experiences of a nineties sitcom star trying to recapture his glory days 25 years on, as well as the experiences of his social circle. Bojack Horseman is downright hilarious, and deeply moving and poignant as well. 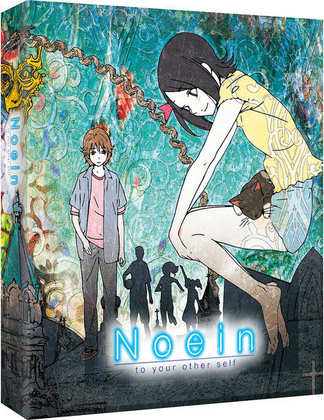 Noein. Noein me Noein you, Aha! After all these years, I’m unlikely to talk about Noein again, so I figured what better time to finally give in to temptation and unleash that line. Noein is a fantastic sci-fi show that is unlike anything else I have seen. It’s a coming of age story about a bunch of twelve-year-olds, which collides with a fantastic multi-dimensional apocalyptic sci-fi. The commonality in these stories is a girl named Haruka, who just happens to be a key element in a multi-dimensional conflict, the Dragon Torque. Warriors from a post-apocalyptic future world need to possess the Dragon Torque to prevent the Shangri-La dimension collapsing all quantum realities and merging all into one. The thing is that Haruka’s best friend in her dimension is one of the warriors sent to capture her from the other dimension, albeit 15 years older, and altered into a singular quantum state. It sounds a bit out there. Okay, the way I explain it, it sounds downright incomprehensible, but Noein is one of the most coherent uses of quantum physics in a sci-fi show that I have ever seen, while the story remains completely grounded in the human condition.

Noein has had a bit of a bumpy ride in the UK. It was originally to be released by Manga Entertainment on DVD in five feature packed dual-disc volumes, but a couple of releases in, the series got pulled, and re-released as a complete series collection, dropping all of the disc 2’s from the set. But this was back in Manga’s year of dubtitles, and the translation was irksome for people watching the original language. This wasn’t a problem with the US release, also from Manga Entertainment. The Region 1 discs had proper subtitles, albeit large and in the middle of the screen. Funimation finally rescued the licence and gave the show an upscaled Blu-ray release, with much better subtitles and overall presentation, and in the UK, Anime Limited took Funimation’s discs and gave them a Limited Edition treatment. Here’s my review of that. Anime Limited were distributing for Funimation, and that deal ended last year. The start of this January was the deadline to clear their Funimation stock, and if you didn’t buy it direct, I suspect Noein, like all other Funimation titles from that deal, no longer ‘exists’ in Anime Limited’s warehouse. If you find the Noein Blu-ray on sale at any other retailer, best pick it up now, although I believe the US release is Region B compatible.

Manga Entertainment released Boruto: Naruto Next Generations Set Two on Blu-ray on December 9th 2019, Bojack Horseman - Season Two on DVD and BD on December 2nd, and I Want To Eat Your Pancreas comes out on BD and DVD on January 27th 2020. All the Anime released Silver Spoon Season 1 on Blu-ray last year.