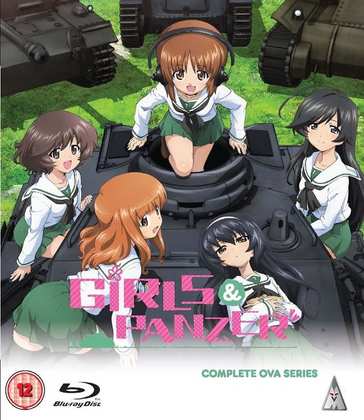 I took another look at Girls und Panzer OVA last week, although this time it was the Blu-ray. This was a disc that I never thought I’d double dip on. After all it is the most ephemeral of releases, with a handful of short animations for the most part only loosely connected to the story they’re spun-off from. But it’s with this disc that I’m reminded of one of the most insidious aspects of any fandom; obsession! Then again, this disc does give us gems like that below. 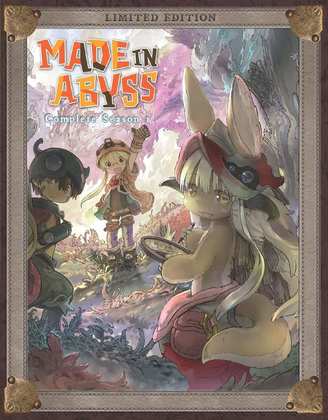 A new and recent release is Made in Abyss: The Collector’s Edition, which is certainly a show worth crowing about. It’s a fantasy adventure with a dark, grown-up edge to it. A couple of children venture into the mysterious abyss of the title, a journey from which there is no return, in the hope of finding one girl’s mother, presumed long dead. Made in Abyss is a masterpiece of animation and storytelling, and has quite rightfully caught the imagination of anime fans. Click on the review to see why this show should be in your collection. 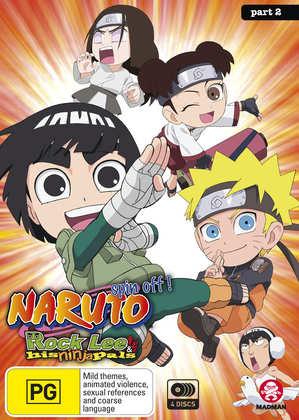 I was venturing back again for the final review of the week, Naruto Spin-off: Rock Lee and His Ninja Pals Part 2, although this wasn’t released in the UK. Manga did release Part 1, but I had to import the second half of the series from Australia. It’s actually the most consistently entertaining Naruto show, which is sad given that it’s a spin off. But then again, it runs for just 51 episodes, not 800. There’s less chance of pointless diversion here, although given that the spin-off is a spoof, comedy show, you could call it all pointless diversion. But it’s consistently funny, and never dull. I couldn’t find a trailer, so here’s a music video for the first opening theme song. 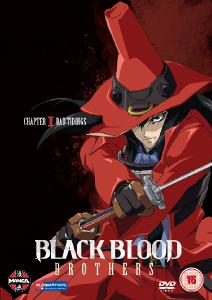 Black Blood Brothers. One day I’ll remember how I feel about anime vampires, and I’ll stop putting myself through this tedium. Not today of course, as I work my way through this show. I keep forgetting that not every show is Shiki, and there are some that I ought to put to one side, as I once did Vampire Knight, never to be watched again. There’s something about anime’s usual take on vampires that is even more annoying that the twinkling vampires of modern Hollywood. Someone should remember that it’s the vampire hunters, the Slayers that are the interesting ones. But Black Blood Brothers is about the bloodsuckers, a society where humans and vampires try and co-exist, and most strongly in The Special Zone, where our protagonists Jiro and Kotaro try and make their home, instead getting caught in the middle of some vampire family politics, and the threat of the Kowloon Children, a new virulent breed of vampire.

Sounds a little familiar, doesn’t it? Black Blood Brothers is the show to watch if you can’t handle the loli-bait imagery of Dance in the Vampire Bund, and instead want a facsimile with lacklustre animation and turgid storytelling. It’s the vampire show to fall asleep to. Here’s the review, where I apparently liked it more than I do now. Manga Entertainment released it on DVD in 2009, and it’s well and truly deleted. Second hand is your best bet, but if you can spin Region 1 discs, then Funimation’s S.A.V.E. release is available to import.

MVM released the Girls und Panzer OVA Collection (not to be confused with the This is the Real Anzio Battle OVA) on BD and DVD in 2014. They released Made in Abyss Collector’s Edition Blu-ray on April 8th. There will be a standard edition Blu-ray later in the summer. Madman Entertainment released Naruto Spin-off: Rock Lee and His Ninja Pals Part 2 on DVD in 2016