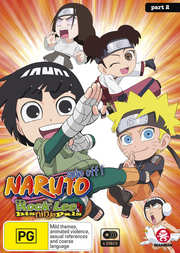 It happened again; another annoyance that seems unique to the UK anime scene. Manga Entertainment started releasing Rock Lee & His Ninja Pals, and then stopped halfway through when either sales didn’t work out, or they lost the licence. Me being that irritating completist who has to have it all, I wound up importing the second half from Australia. Actually, I bought both sets in the last Madman clearance sale that wasn’t rendered pointless by the increase in shipping charges, as the Manga check discs were faulty when I reviewed part 1. All you need to know about the Australian part 1 is that it has no Manga logos on the discs, is Region 4, and comprises 4 discs in a random Amaray case (Season 1 has overlapping discs, Season 2 has a hinged panel in its case). In every other way, the discs and the content are identical. Anyway, onwards to Collection 2... 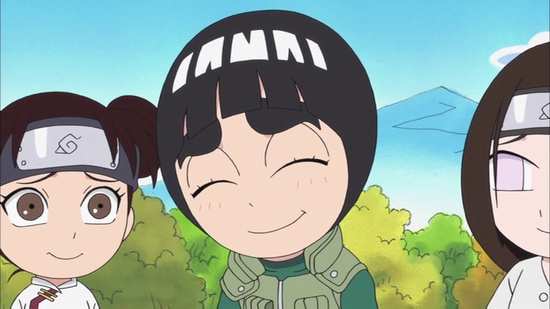 Rock Lee is an unlikely ninja. He doesn’t actually have any ninja skills; he can’t use an innate well of chakra to pull off mystical, even magical feats of ninjutsu. All he has is his exceptional hand-to-hand combat skills which he has trained up to near mythical levels. No scratch that, all he has is a bull-headed refusal to submit, an innate stubbornness that has been inspired by his equally bull-headed Sensei Might Guy. Now that’s either tenacity that will raise Rock Lee to the heights of the Hidden Leaf Village, or it’s more likely stupidity that will get him and his teammates Neji and Tenten into a whole heap of trouble. And that’s even before Naruto joins in. 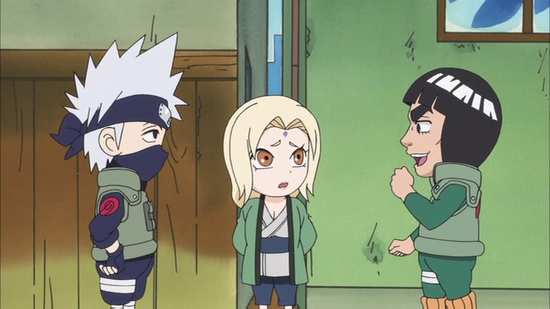 25 more episodes of Naruto: Rock Lee and His Ninja Friends are presented here across 4 DVD discs from Madman Entertainment.

Disc 2
34. Save Ichiraku Ramen!/Vacations are for Training!
35. Caring for Animals is Hard Work/Howl at the Naruto
36. Tenten vs. Temari!/Orochimaru’s Search For Love!
37. Guy Sensei is the New Hokage!/IQ: 200 Status: Troublesome
38. Infiltrate Akatsuki’s Hideout!/A Desperate Escape Plan!
39. Christmas is the Last Chance for Love!/Cleanup is a Chance to Wash Away the Past! 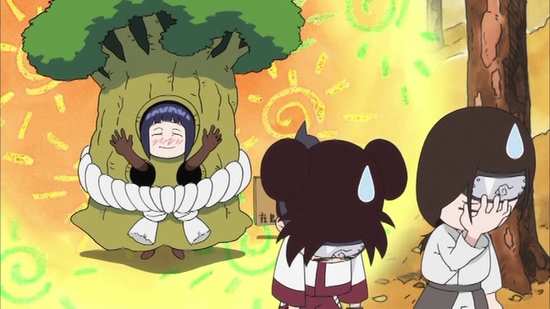 Disc 3
40. A New Year’s Escape Clause!/Naruto Under Surveillance!
41. An Endless Nightmare/A Creation from the Future!
42. The Shino Who Loves Insects/Tenten Fights a Maiden’s Battle!
43. 17 Nights if Staying Out of Sight/Cleaning the Bathroom Cleanses the Soul!
44. The Staff Will Eat the Beans Afterwards!/The Raikage is Under Attack!
45. A Fiery Snow Sculpting Contest!/The Battlefield Called Valentine’s Day! 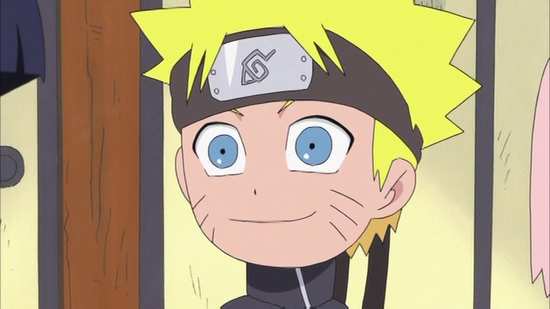 Rock Lee gets a 1.78:1 anamorphic NTSC transfer, progressively encoded on these discs. The image is clear and sharp, with no visible issues with compression or similar artefacts. The animation is smooth and untroubled. It’s a comedy spin-off, so the animation is a suitable parody of the Naruto Shippuden show, with the characters indeed getting the South Park treatment, short of stature, with excessively large heads and exaggerated features. It all works perfectly fine to get the gag and punchline nature of the comedy across. 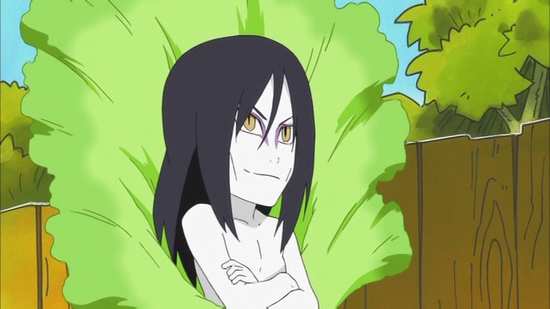 You have the choice between DD 2.0 English and Japanese stereo, and just like the Shippuden releases, there’s just the sole translated subtitle track, no signs. That’s a shame as there is a fair degree of on-screen text that needs translating, and if you’re watching the dub, you miss out. It looks as if Madman Entertainment merely lifted the subtitles off Crunchyroll, down to replicating the same font. There’s the odd typo and format error when there should be an accent in a word, the subtitles are a little low on the screen, and they aren’t overscan friendly if you’re still using a CRT TV. In this case, the Japanese audio is preferable, not only for the text translations, but there is a continuity of cast between Shippuden and Rock Lee. That isn’t the case with the English dub, although it’s a little more agreeable in terms of voice actor performance and translation than the usual comedy dub. 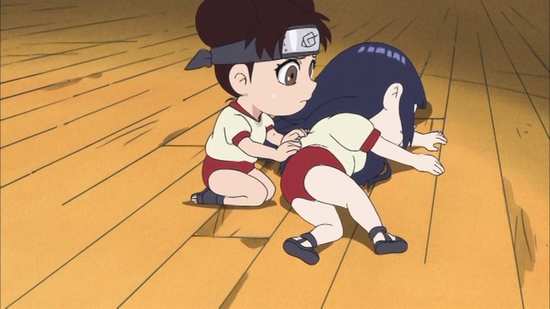 Episode 48 has a sound drop in the Japanese audio 11 seconds in, coinciding with a frame skip during the opening credits. There is no corresponding issue with the English track at that point though.

The discs present their content with static menus and jacket pictures, and the episodes are numbered, not named 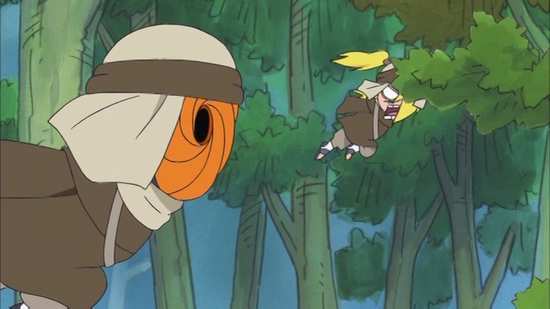 The sole extras are on disc 4, which comprise the textless credits (1 opening, and 6 closings), as well as trailers for Your Lie in April, Sailor Moon R, Gundam Reconguista in G, and Free – Eternal Summer. 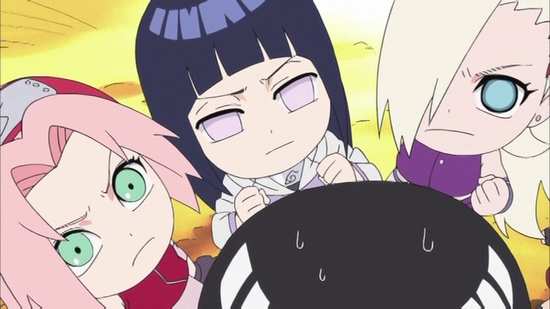 Comedy is not only an acquired taste, you also have to be in the mood for it to be entertained. That’s especially true of sketch comedy, reliant on running gags and repetitive punchlines. And once again, that proves true of Rock Lee and His Ninja Pals in this second collection of episodes. There were days that I sat staring at the screen stone-faced, and there were days when I was laughing out loud. There were days when I just smiled, days when I chuckled, and days when I had difficulty breathing at all the merriment on screen. What changed weren’t the jokes, it was my mood. So it’s hard to be definitive on whether Rock Lee is good or not, even if this second collection epitomises the term ‘more of the same’. But there is one thing that I am dead certain of. Right now, I enjoy watching Rock Lee a whole lot more than the Naruto Shippuden saga, which is currently crawling to a close via Manga’s DVD releases. 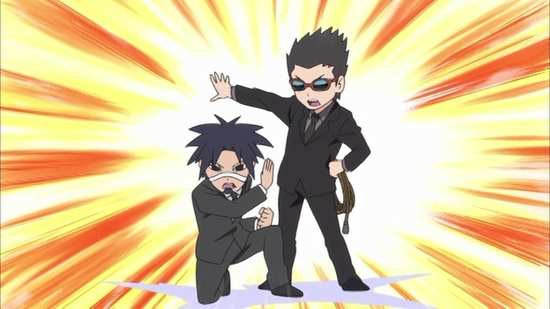 There’s not a lot that I can say about this set of episodes, other than they really do continue in much the same vein as the first, pitting the Naruto characters in anachronistic and comedic situations, playing heavily on repetitive, gag based comedy. Once again it leans heavily on the Manzai tradition of the idiot and the straight man, only in this show, pretty much everyone is an idiot leaving Lee’s teammate Tenten to act as a straight man, often delivering beatings with the traditional harisen paper fan. Each episode will be split into two stories, some basic premise gets transformed into a ridiculously outrageous execution thanks to Lee’s approach, and things will spiral out of control until punchlines hit with the subtlety of a sledgehammer. 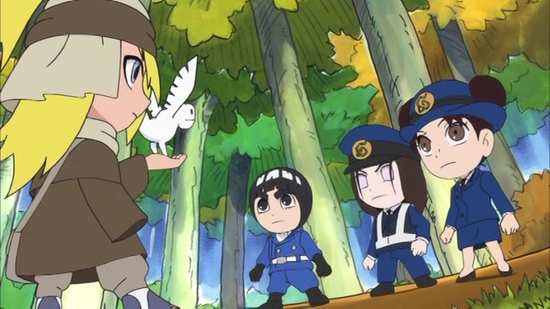 Orochimaru is usually the ineffective villain of the piece, but in this second collection, Akatsuki make an occasional appearance too, as well as Sasuke. The flights of fancy get even more absurd, as the premise of the show has been established and the creators have even more scope to play. This much is certain though, if fart jokes still make you laugh, then Rock Lee and His Ninja Pals Collection 2 is well worth seeking out. And one thing to be thankful for, this is a show without recaps, flashbacks or filler. It’s just a shame that Manga Entertainment never bothered to complete the series here, making Australia (or Crunchyroll) your only options.