Anime Limited may be in the middle of their Twelve Days of Christmas price promotion, offering some of their titles each day at prices that many would consider gifts, but they still had the time to make a licence announcement. They’ll be releasing the Genius Party short film anthology on DVD and Blu-ray, as well as the Genius Party Beyond follow-up, featuring short films from some of the anime industry’s brightest talent. You can read more about this on their blog.

Update: And this afternoon, Anime Limited announced that they will be releasing the mecha show Buddy Complex in 2016. Once again you can get more details at their blog. And apparently there are more announcements to come this week. 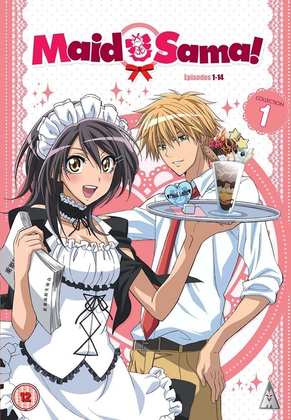 Two anime reviews for you last week, beginning with Maid Sama Part 1. The UK missed its initial subtitle only release, but last year Sentai in the US went back and dubbed it, so we now get the updated version of this romantic comedy. It isn’t a harem comedy for one thing, but for the first half of the series, the emphasis is very much on the comedy, with the focus mostly on the female protagonist, with her potential other half lacking a little for character development at this point. The comedy does work well though. Click on the review to find out more. 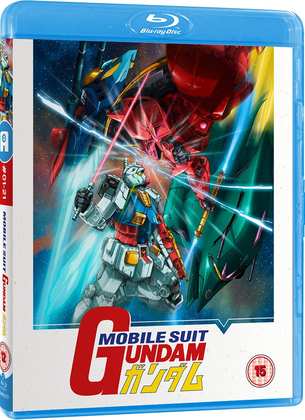 Next was the biggie, as I took a look at Mobile Suit Gundam Part 1. I’d never seen Gundam before, and while I knew it was probably the biggest anime franchise in Japan, I could hardly be called a fan. You could tell by the way that whenever I went onto an anime forum and saw the abbreviation MSG, I thought people were talking about Chinese takeaway. My confusion about monosodium glutamate has been laid to rest now, as I watched the first half of this vintage giant robot series. As a complete Gundam novice you can bet that the thirty-seven year old visuals and storytelling style didn’t gel with me at first. Click on the review to see if Mobile Suit Gundam eventually grew on me. 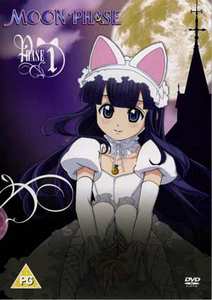 Moon Phase, or Tsukuyomi Moon Phase to give it its full title. Today, Studio SHAFT are considered maestros of storytelling combined with stunning, atmospheric visuals, in shows like Bakemonogatari and Puella Magi Madoka Magica. It wasn’t always thus. There was a time when the stories they told were thin, and a ‘throw everything at the screen and hope something sticks’ approach to the animation tended to paper over the cracks in the story to make them feel better than they actually were. Moon Phase is a case in point, where if all else fails, a dishpan will fall onto a character’s head for comedy purposes. It’s a tale of a young man named Kouhei who comes from a long line of spiritualists, but who himself is spiritually dense, has never seen a ghost or a spirit. He does have a habit of attracting spirits though, and every photo he takes inadvertently has some spectral presence in it, which makes his photos useful for a certain supernatural magazine, but for little else. It’s when he’s on assignment in Germany, photographing a strange castle, that he encounters a vampire girl of young appearance named Hazuki. All Hazuki wants to do is to escape the castle that she’s bound to, and return to Japan to find her mother. She thinks that by biting down on Kouhei, she’ll be able to make him her slave, and order him to break the barriers keeping her prisoner, but his obliviousness to the spirit world leaves him immune to her charms, and his blood has a strange effect on her instead.

If there’s one thing I love about Moon Phase, it’s that opening theme song. I mean... Cat Ear Mode! But as a show, it’s a handful of great ideas, a lot of hit and miss comedy, strung together by SHAFT’s scattershot animation styles which at their worst border on the tedious. While for rewatch purposes it might fall flat, it’s a good show to watch for the first time, to discover the story and be surprised by the comedy. My first time impressions are still available in my reviews for the show... here’s the review for volume 1. Moon Phase was released here in the UK by Revelation Films back in 2007, and is long gone now. You might find a few straggling volumes on some e-tailer shelves but your best bet for Region 2 is the second hand market. It is out on Funimation’s S.A.V.E. budget label as a complete collection, so Region 1 import is your best and most affordable bet. If you really must have PAL, then Madman in Region 4 have released a complete collection, but given the show’s age it too will be scarce.