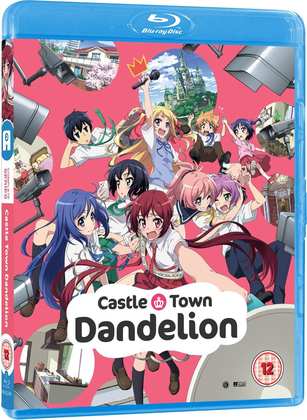 It’s Christmas, and my Blu-ray player is dying. I’m going to have to watch DVDs, or shock broadcast television. As it gasps its last breaths, I might just be able to squeeze one more review out of it. But then I look at all the Blu-rays I got for Christmas, and I begin to think Santa is one ironic, red-suited gimp. Still, I did manage to get a couple of anime reviewed last week, beginning with Castle Town Dandelion. It’s a show about a fictional royal family, all with super powers, where the princes and princesses have to go on a reality TV show to increase their popularity, so that the next king can be elected by the public. The surprising thing is that even with that premise, Castle Town Dandelion is pretty good. It all comes down to the writing and the characterisations, and in this show, it’s the kind of quality that makes you keep watching. 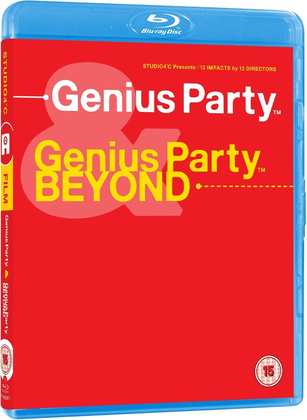 We don’t got a lot of short form stand alone animation from Japan released here, which you might consider odd given how much of it there should be around. After all, any aspiring anime-tor will no doubt leave film school with a handful of short animations as a promo-reel, and directors have to do something in between long running series. As far as I can think, we’re only had Katsuhiro Otomo’s Memories released in the UK, showcasing three, very different short films. All the Anime are now redressing that balance by bringing us the Genius Party & Genius Party Beyond anthologies, offering twelve very different visions from Japan’s best and brightest, including Shinichiro Watanabe of Cowboy Bebop fame. The thing about anthologies is that they can be very hit or miss. Click on the review to see if this one has more hits than misses. 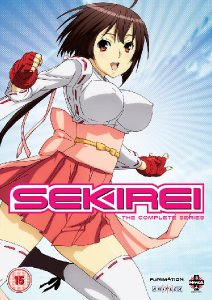 Sekirei. This is an odd one for me. As a rule, I don’t like girl-fighting anime. Ever since I first saw Ikki Tousen and Tenjho Tenge, I’ve tended to avoid those anime that pitted girls in battle, beating each other’s clothes off, and really getting quite nasty in the process. I sense that it appeals to a very chauvinistic and misogynistic part of the fanbase, a sensibility that leaves a sour taste in my mouth, and my heart has tended to sink every time I’ve watched a Master of Martial Hearts, or a Freezing. But Sekirei is one such show that I really do enjoy. At the heart of the show is a story about a tournament between these Sekirei, girls whose fighting powers emerge when they find their ideal partner, their Ashikabi. And yes, the camera angles are exploitative, the combat can get pretty nasty at times, and nudity abounds. But perhaps it’s the light comic aspects to the show, perhaps it’s the adherence to harem comedy tropes, or perhaps it’s that the central milquetoast character is fundamentally likeable, a good guy, who tends to bring the best out of the harem members he gathers, that Sekirei and its sequel Sekirei: Pure Engagement are actually fun to watch. 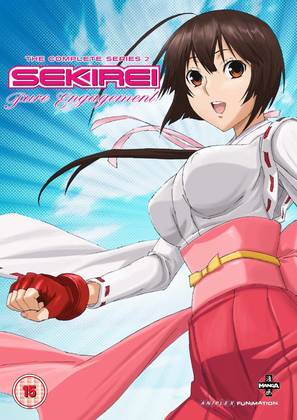 Manga Entertainment released Sekirei on DVD in the UK back in 2011, and while the first series might still have a few retail copies on shelves, you’ll have to look second hand to find its sequel, Sekirei: Pure Engagement. Here’s my review of season 1, and here’s my review of season 2. In the US, Funimation released Sekirei on DVD and on Region B friendly Blu-ray, but be aware that Sekirei is an Aniplex show, and it’s a licence football that Aniplex took home and won’t let any other kids play with.
The curse of the late review disc strikes. Castle Town Dandelion was released here on DVD and on Blu-ray by All the Anime back at the end of October. All the Anime also released Genius Party/Genius Party Beyond on Blu-ray and DVD on December 11th. If you want the Collector’s Edition with the exclusive book, you can only get that from Anime Limited’s webshop.