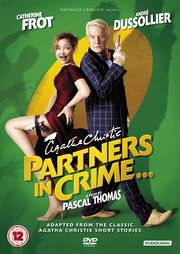 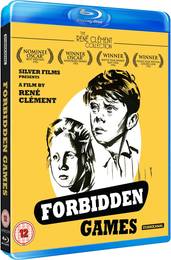 DVD
Steptoe and Son - The Lost US Pilot
Related Articles 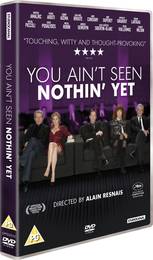 So, the new year might bring many unattainable resolutions for you to, but seeing more quality foreign cinema is one we can all achieve thanks to Studio Canal's January 7th line-up.

Alas details beyond name and date are sketchy, so expect original aspect ratios and street prices of around the £12.99 mark.

First up we have You Ain't Seen Nothin' Yet, directed by Alain Resnais and starring  Mathieu Amalric, Pierre Arditi, Sabine Azema, Anne Consigny, Lambert Wilson and  Michel Piccoli. This is a cinematic adaptation of two plays by classic French playwright Jean Anhouilh, Eurydice and Cher Antoine.

From beyond the grave, celebrated playwright Antoine d'Anthac gathers together all his friends who have appeared over the years in his play "Eurydice". These actors watch a recording of the work performed by a young acting company, La Compagnie de la Colombe.

Do love life, death and love after death still have any place on a theater stage? It's up to them to decide. And the surprises have only just begun...

Also out is the Pasal Thomas directed Partners in Crime, which features Catherine Frot, Andre Dussollier and Linh Dan Pham.

Prudence and Belisaire Beresford have decided to take a well-deserved rest, but when an extremely wealthy Russian heiress disappears, Prudence can not resist the call to danger...

Belisaire is obliged to follow his turbulent wife on an investigation that will lead them to a mysterious doctor who holds the secret of eternal youth...

Joining the above are no less than four films from directed René Clément. The first of these is Forbidden Games which arrives on Blu-ray in addition to DVD, and features Brigitte Fossey, Georges Poujouly and Lucien Hubert.

A timeless evocation of childhood innocence corrupted, René Clément’s Forbidden Games tells the story of a young girl orphaned by war and the farm boy she joins in a fantastical world of macabre play.

At once mythical and heartbreakingly real, this unique film features astonishing performances by its child stars and was honoured with a special foreign language film Academy Award in 1952. The film also won Best Film (in any language) at the BAFTAs and The Golden Lion in Venice.

Joining the above are three DVD only releases, the first being Gervaise, which stars Maria Schell, François Périer and Suzy Delair.

The gripping Gervaise is René Clément’s vivid adaptation of Émile Zola’s 1877 masterpiece L’assommoir, an uncompromising depiction of a laundress’s struggles with an alcoholic husband while running her own business.

Gervaise was the winner of the BAFTA for Best Film and Best Foreign Actor, two prizes at Venice including Best Actress, and was also nominated for the Oscar for Best Foreign Language Film.

The Deadly Trap is a taut mystery thriller about Jill, a young American, who is married to Philip.

They come to live in Paris with their two children, but seem to be going through a crisis. Jill, who lives only for her children, suffers frequent memory losses. Suddenly, the children disappear and Jill is drawn into a dark mystery…

Based on the David Goodis novel “Black Friday”, this is a melancholy crime caper starring veteran actors Jean-Louis Trintignant and Robert Ryan.

One summer night, a group of children are playing in a street of Marseille. Their game consists of attacking an American skyscraper in order to steal a priceless object.

In the meantime in the United States, a young man who is being pursued, takes refuge in a house where a group of strangers are getting ready for real to attack a skyscraper in order to steal something which is priceless to adults...

Which of these two groups is leading the action? Where does reality end and dreams begin?