Blu-ray
The Lord of the Rings: The Two Towers - Extended Edition

Blu-ray
The Lord of the Rings: The Fellowship of the Ring - Extended Edition 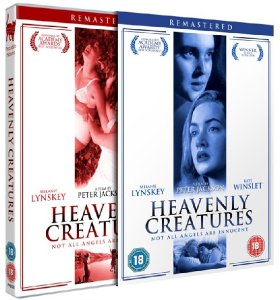 NOT ALL ANGELS ARE INNOCENT...

Pauline is a student in New Zealand who has no affection for her family or her classmates, but when the beautiful and wealthy Juliet enrols at her school the pair become best friends. Through their shared tastes in art, literature, and music they begin to build an elegant fantasy world. However, when Juliet's parents threaten to separate the girls, they make a ruthless pact to preserve their fairytale forever, whatever the cost...

One of the most talked about and critically acclaimed films of 1994, Heavenly Creatures was the winner of the Silver Lion at the Venice Film Festival, was nominated for Best Original Screenplay at the Academy Awards and was included in The Guardian and Time Magazine's top ten lists of that year. Critics hailed Kate Winslet as Britain's new acting talent, singling out her mesmerising portrayal of school girl Juliet Hulme.

Much praise was also directed at Peter Jackson, until then known for kitsch horror movies, for his visionary and distinctive directing skills, paving the way for his epic three part adaptation of Lord Of The Rings. Now a newly re-mastered version of this cult classic will be available on Blu-Ray and DVD from September 12th.