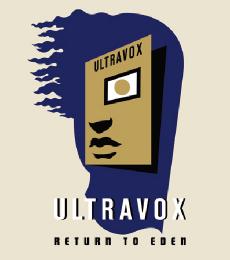 Well, it's been a while since I put a blog up and I was wondering when I'd have something of significance to say. Never in my wildest dreams did I suspect I'd be in a position to shout about the following:

Ultravox are reforming to tour the UK in April 2009. 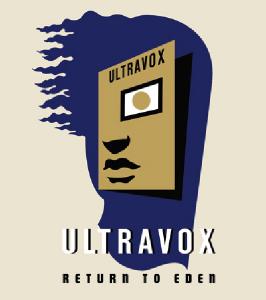 Yes, you heard it correctly. Midge Ure, Billy Currie, Chris Cross and Warren Cann from one of the most underrated and brilliant bands of the 80's have all decided to bury the hatchets, but not in each other, and set off on tour in assocation with Live Nation. This will be the first time that this lineup have performed on stage together since Live Aid way back in 1985.

There have been a few viral releases on youTube over the last month or so that have sent Ultravox fans into a bit of a frenzy of speculation. Gems such as:

Before I go any further, I should mention that the source of all things Ultravox are the Extreme Voice crew who can be found at http://www.ultravox.org.uk There's an active forum for all like-minded fans as well as a lot of material on the band including fanzines. I should also point out that EV were also instrumental in all of the major Ultravox (both line-ups), Midge Ure and John Foxx re-issued releases, involvement including the graphic design of all these releases.

Cerise Reed, who has been at the hub of Extreme Voice for longer than anyone can remember, is a professional graphic designer and her site can be found here: http://www.aardvark-creative.com

The original press release of the tour info can be found here: http://www.ultravox.org.uk/tour-dates.shtml

Tickets will be available from Wednesday 12th November via Live Nation: http://www.livenation.co.uk/ultravox and a ¼ page advert will also appear in The Guardian Guide on that same day.

I personally never believed that this day would come and am frankly stunned and overjoyed, so as a final treat here's Ultravox in their prime playing arguably their best live track, The Voice, complete with major drumming by all the band at the end:

Alwys preferred the pre-Midge Ure period with John Foxx. Truly innovative. Without the first Ultravox album there would have been no Tubeway Army - and probably no early 80's post-punk synth revolution. Loved all three of the first LP's but hated the later stuff. Still - most the world disagreed!!
posted by Stuart McLean on 8/11/2008 22:41
Have to admit that I've never had much time for the first two albums, although that didn't stop me picking up them up when remastered and re-issued last year. Like the odd track, but on the whole, can't really listen to them that much.

Now Systems of Romance is a different kettle of fish altogether. This album is superb and really did make a difference, although I'm not convinced it made as much of an impact artistically as Bowie's Berlin period. Certainly it made Numan look at a synthesiser, don't really remember anyone else at the time namechecking them, and he took Billy Currie on tour with him and included him on The Pleasure Principle album.

Still believe that the Ure-Vox lineup is the best though...
posted by Si Wooldridge on 9/11/2008 20:39
I agree that Bowie / Eno was a huge influence on the genre though if you listen to the track 'My Sex' off the first Ultravox album you have to concede that the Numanesque 'automotan' sound was born. Having said that, the first two LP's are schizophrenic in that they show a band with one foot in punk and the other edging towards the euro-synth scene. As you rightly say, by 'Systems of Romance' they had found their sound.

I remember John Foxx taking a lot of stick for his first solo LP (Metamatic - with the singles 'Burning Car' and 'Underpass') for copying Numan. Very unfair. Foxx had been pre-occupied by JG Ballards works for some time ...a rich seam of imagery borrowed by Numan and who then made it his own.
posted by Stuart McLean on 10/11/2008 18:35
I would agree with you and obviously with Eno producing that first album, he may have pushed them in that direction in part as well. There are songs that I like on both albums (My Sex, Hiroshima Mon Amour for example), but they don't do as much for me as complete recordings as SOR onwards, although I only picked that up for the first time after Rage In Eden when someone gave it to me as a discarded birthday present when I was 14.

I missed Foxx initially as I was living in Germany from 76 to 85 so could only really go from Smash Hits, Top Of The Pops and Tommy Vance's Top 40 programme, which I'm sure was a Top 20 at that point. I remember The Sun printing chart listings (again Top 20) every week, but I didn't really have the reference points to recognise a lot of the stuff I was seeing.

Numan also got a lot of stick, for copying Bowie if I remember correctly, but the one thing he's been consistent about is name checking SOR as his biggest influence on his early music. I never really got into Metamatic either, maybe if I'd heard it at the time it would be a different story. Aside from a couple of singles (Underpass and Endlessly), my first album exposure to Foxx was The Golden Section, which I still believe is the finest thing he's done.

I've bought a couple of his latest albums, not really into the ambient Cathedral Oceans series, and a lot of his recent stuff tends to be too long and drawn out techno-esque music at the moment. Which, talking about My Sex, reminds me of when I went to see him on the Crash And Burn tour in Glasgow back in '03 I think.

I was near the front of the stage when Foxx started 'My Sex waits for me...', and a slightly inebriated young lady just behind me yelled 'Never mind my sex, just show us your c*ck!'. Very funny, Louie Gordon almost collapsed behind his keyboard but a few of the black t-shirt gang near me were very disapproving of this uncouth behaviour.
posted by Si Wooldridge on 10/11/2008 21:33