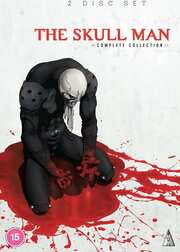 Review for The Skull Man Collection

The latest batch of check discs from MVM comprised the next three series they plan to release. Two series are on the de facto Blu-ray format these days, yet one comes on DVD, which is nigh on defunct for anime. That’s this series, The Skull Man. Yet of the three shows, this one most deserves a Blu-ray presentation when it comes to the art and the production values. Then again, this is an old series dating from 2007, and it only got a DVD release from Sentai Filmworks in 2010, and as far as I can ascertain, it only got a DVD release in Japan as well. 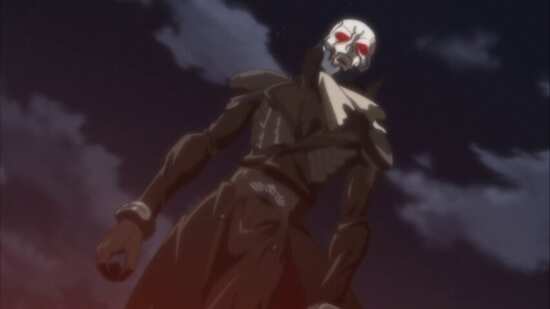 It’s a series from mangaka Shotaro Ishinomori, the creator of Cyborg 009 and Kamen Rider among others, and The Skull Man serves as a prequel to Cyborg 009. The anime is also notable for being banned in China. In Japan, the series also came with a live action prequel episode, but that isn’t part of this DVD collection. 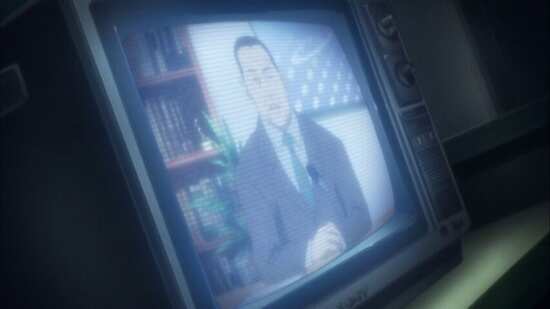 Set in an alternate history where Japan remains divided, The Skull Man follows freelance reporter Hayato Mikogami as he investigates reports of a serial killer in Otomo City. He sees the chance for a scoop when he hears of The Skull Man, a masked figure responsible for some mysterious deaths. But strange things indeed are occurring in Otomo City, and when he encounters the Skull Man, he realises that this is no mere murderer. 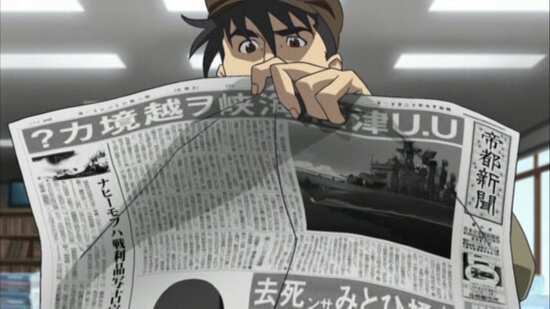 13 episodes are presented across two DVDs from MVM.

Disc 1
1. City of the Dancing Mask
2. The Man From the Past
3. Crimson Rain Falls in the Afternoon
4. The Ghost That Goes For a Stroll
5. The False Blind Spot
6. Banquet of the Grim Reaper

Disc 2
7. Master of the Beasts
8. The Maiden Whispers in the Moonlight
9. Blessed are the Impure
10. The Circus Laughs at Midnight
11. Darkness, Take My Hand
12. Bloody Eve
13. Black Fable 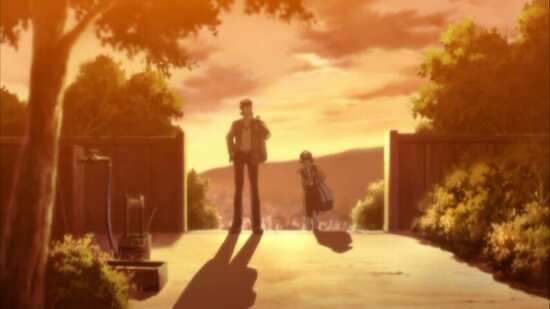 The Skull Man gets a 1.78:1 anamorphic NTSC transfer. I may have been a little hasty when I said that it absolutely demands a Blu-ray release, as dating from 2007, this is an animation that most certainly wouldn’t have been finished to HD specification. Having said all of that, The Skull Man is a show where the production values do impress when it comes to the animation and the world design. The image is clear, and the autumnal colour palette comes across well. There is a bit of softness to proceedings though, exacerbated by a layer of artificial grain. But the show has a film noir aesthetic to it that makes the most of the directorial flourishes. The alternate Japan has a post war era sensibility, but mixes up the decades from the fifties to the eighties for a unique feel. Once in a while, you get a bit of animation that will open your eyes; there’s some serious kung-fu at one point that must have been a headache to animate. 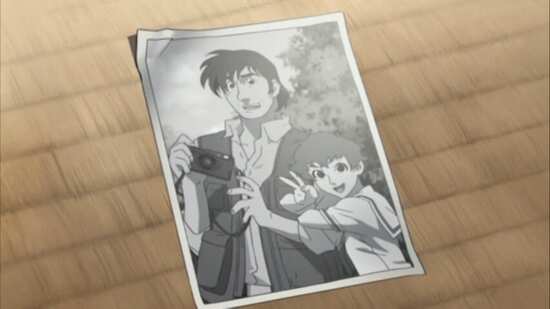 This release is Japanese only, presented here in DD 2.0 Stereo format with optional English subtitles. Note that for the show’s Western release, licensing issues meant that the original opening theme was replaced with an instrumental piece from the show. The music for the show is really appropriate for the tone, moody jazz and so forth. The dialogue is clear, and the action comes across well enough through the stereo. The subtitles are accurately timed and free of typos. 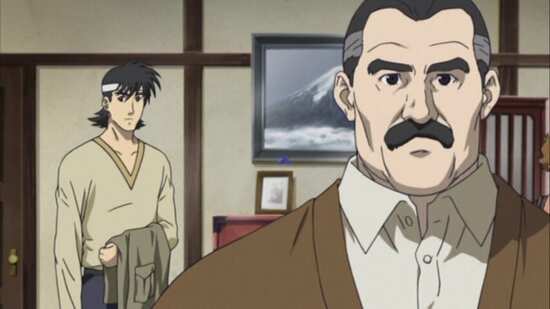 The discs present their content with static menus and jacket pictures for compatible players. The episodes are followed by silent translated English credit scrolls. 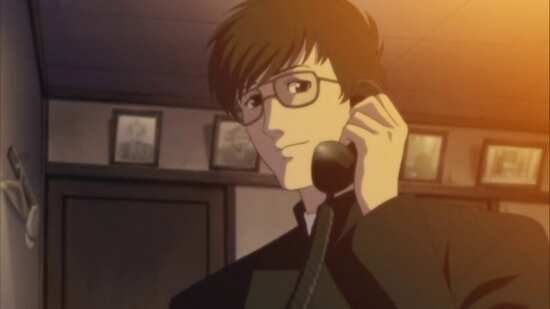 I really wanted to like The Skull Man. I was getting Night Raid 1931 vibes from the premise. The whole murder mystery, alternate history, film noir approach felt different enough from the usual anime tropes to make me want to invest my time, and I hoped that The Skull Man would get right all those things that went wrong with Night Raid 1931, and ultimately disappointed me with that experience. But while The Skull Man kicked off in a promising way, it very quickly fell apart, and fell apart hard. 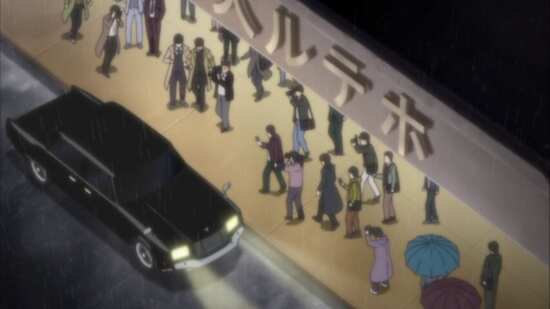 What’s worse is that this show gave me disappointment squared due to unfortunate timing. I’ve been watching Doctor Who Flux for the last few weeks, and many of the issues I have with that show can be applied to The Skull Man as well. Doctor Who Flux has been layering on the plot threads, twists and revelations, week upon week upon week, and it seems more and more likely that it will leave the revelations for the end of the final episode. And a couple of times each episode, the action stops for a big chunk of verbalised exposition. All of this means that I can’t get emotionally invested in the story, and the characters are all really hard done by. And The Skull Man does exactly the same thing. Having the same experience with two different shows at the same time is a dispiriting experience, I can tell you. 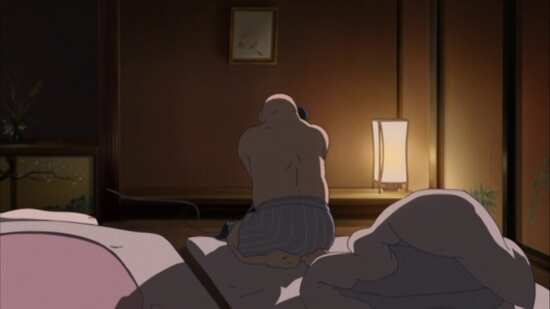 It’s set in the same universe as Cyborg 009, with some character crossover if you’re a fan. I’ve not seen much of Cyborg 009 so it wasn’t a big deal for me, but you have to make some allowances for the character design and storytelling style. It’s very much an old school show. It’s initially subtle with its world building, letting you pick things up as the story unfolds. It’s set in a post war, divided Japan, it seems sometime in the 1980s, although aesthetically it picks and chooses from everything from the 40s onwards. 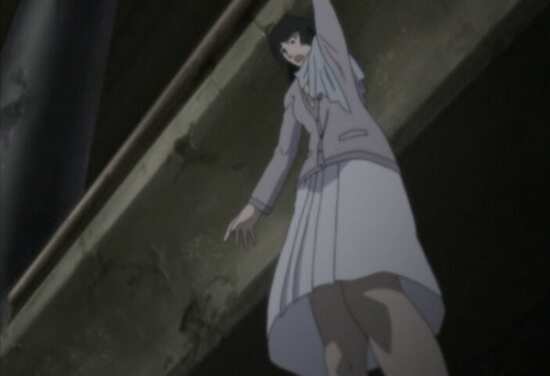 The main character Hayato Mikogami is a Tokyo reporter who heads back home to Otomo City when he learns of the Skull Man serial killer, and sees his chance for a big scoop. It turns out that Otomo City is something of an independent city state, and given the border controls and the late night curfews is something of a police state too. It’s initially relevant with the character of Kiriko Mamiya, conveniently a press photographer who is trying to sneak in. She lacks the necessary paperwork, so Hayato gets her in on the strength of sheer chutzpah, and the fact that he has a powerful benefactor in Otomo City who is something of a get out of jail free card for him. 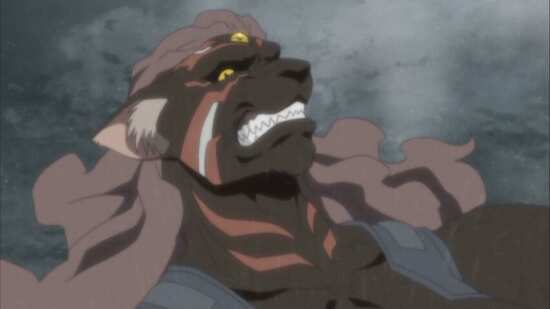 From the beginning, the show sets its store of dark noir action drama combined with light character comedy, which is hardly rare in anime. It isn’t long before Hayato encounters the Skull Man, and comes across his handiwork. He appears to be a masked vigilante at first glance, albeit with enhanced strength, and he seems to be picking his targets with a specific motive; all grist for the mill for any self-respecting investigative reporter. 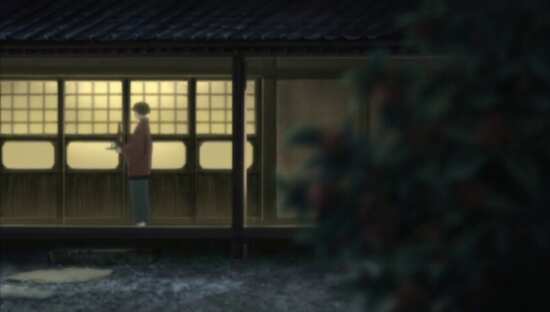 And then the twists start piling up. Skull Man is aided by a couple of mutant beast men, and it turns out that the people he’s targeting are of a similar bent. It turns out that there are conspiracies galore in Otomo City, among the city’s leaders and industrial figures. The police are up to no good. There is a cult religion that is at the heart of the mystery, and halfway through, a bunch of cyborgs show up. I’ve barely scratched the surface of the deep dive WTF that the show takes you through, and it turns out that as well as the bigger picture, on the individual character level, everyone’s got a secret or two to hide. And given the sheer character overload in the show, that is problematic. I also think it’s a problem when the main character himself has secrets that wind up being revealed in the epilogue of the show, ostensibly to make you re-evaluate what you just spent five hours watching, in the light of the new information. In reality, it just made me feel as if I’d completely wasted my time. 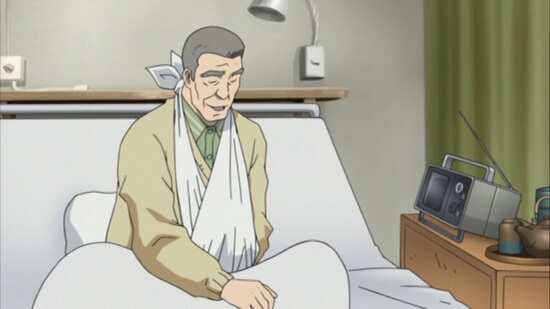 When your whole modus operandi is the multiple and oft-invoked plot twist, you need to take the extra effort to get the audience emotionally invested in the characters enough, to make them want to hold on for the wild ride, or they’ll just stop caring. I stopped caring around three episodes into this series. Now that I’ve made it all the way through, and ceased rolling my eyes at the circumnavigations of plot, I know what to expect, and I actually do want to watch this show again with that knowledge under my belt. But I’m not under any illusions that the experience will be radically transformed. I just hope that I can connect with the characters a little more.