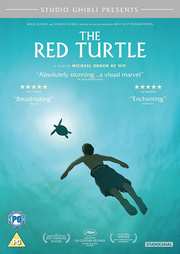 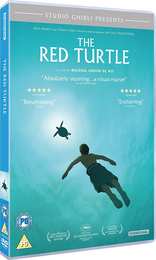 Blu-ray
When Marnie Was There - Special Edition
Related Articles

Review for The Red Turtle

It’s easy to believe that the glory days of Studio Ghibli are over. After all, the animation studio as a going concern was downsized after When Marnie Was There, both Hayao Miyazaki and Isao Takahata retired, and the Ghibli name set to curate and merchandise its existing back catalogue. During the last decade, there have been attempts to keep the studio producing films under the aegis of new directors, not least of which was Goro Miyazaki, Hayao’s son, but it seems that Miyazaki Sr. and Takahata seem intent on holding onto their legacy rather than pass it on to a new generation. Although recently Miyazaki has come out of retirement again, to make one more feature. None of which goes to explain The Red Turtle, a predominantly Belgian French co-production, but one made with Japanese money, Studio Ghibli money. 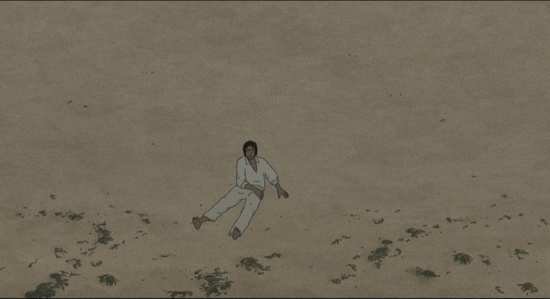 A man is stranded on a desert island, and while the bamboo forest is large enough to offer him plenty of material to build a raft, each time he tries to sail away from the island, the raft is sunk. It’s only when he tries to escape for the third time that he sees what is stopping him from leaving, a large, red turtle.

Studiocanal release The Red Turtle on Blu-ray DVD combo, and standalone DVD. I got the DVD check disc for the purposes of this review. 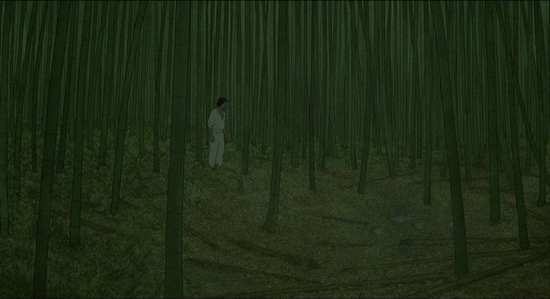 You get a 1.85:1 anamorphic PAL transfer with the 4% speedup that implies. The image is clear enough to watch, although the subdued colour palette, and deliberately grainy visual style doesn’t really shine on DVD. The Red Turtle is an atmospheric animation, with character animation so fluid that it might have been rotoscoped. The day night cycle is very well accomplished in a medium which isn’t well disposed to night time scenes. Here the effect is achieved by dropping the colour from the image completely as darkness approaches, so that night time scenes are practically monochrome. The film also makes impressive use of light and shade to tell its story. 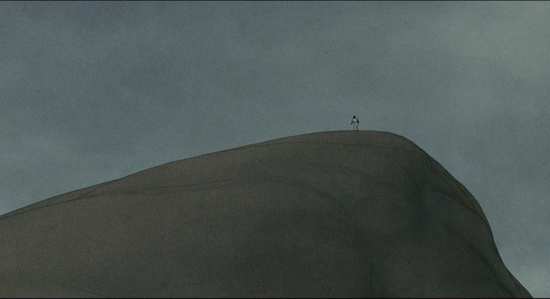 You have the choice between Dolby Digital 5.1 Surround and 2.0 Stereo on this DVD. There is no dialogue in the film, it’s a story wholly told through visuals, music and sound effects through a very immersive surround track, and consequently there are no subtitles either. The music is Spartan at first, rarely apparent, but once the story takes a turn for the fantastic, the music starts playing a greater part in the film. One problem with this DVD is a very obviously placed and jarring layer change, in the middle of a music cue. 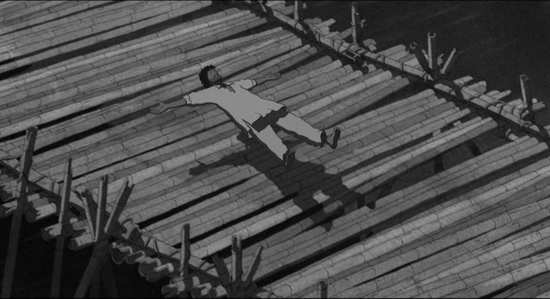 The disc boots to a slightly animated menu after autoplaying trailers for The Boy and the Beast, When Marnie Was There, and Paddington 2.

The sole extra is The Secrets of the Red Turtle, which offers 17:02 of Michael Dudok de Wit creating storyboards; not the most edifying extra feature. 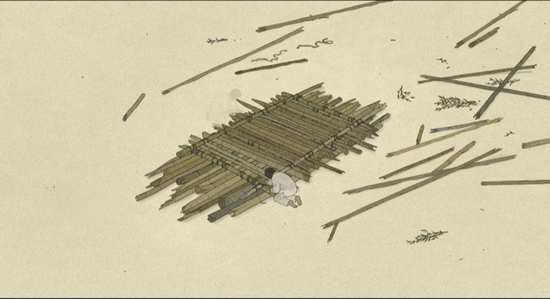 It’s easy to see why Studio Ghibli would produce a film like The Red Turtle. It’s as much fairy tale and fable as any of the Ghibli back catalogue, while its story, shorn of dialogue and told wholly through the visual medium instantly gives it a global reach. The story too is so fundamental that anyone can appreciate it, from whatever cultural background or upbringing. The Red Turtle is a strikingly effective and moving film, a wondrous fable that grabs the attention and holds it in a vice-tight grip through its brief, 80 minute runtime. I wouldn’t have thought it conceivable, but the dialogue free story is just as engrossing as any verbose script, and it’s just as easy to relate to the central character, empathise with his plight, and what he goes through. 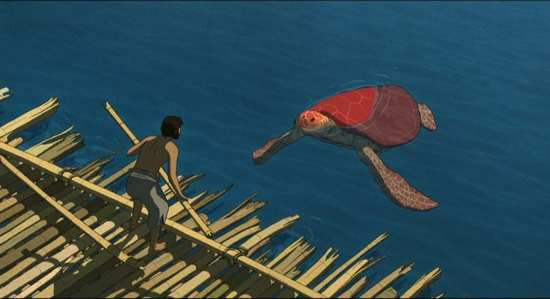 For a moment there, I thought that this would be an animated version of that Tom Hanks movie, Cast Away, with a turtle taking the place of Wilson. We first encounter the man adrift in the ocean in the middle of a storm, before he washes up on the desert island. We follow him as he explores his new, unwanted home, the passage of time marked by the growth of his beard, as he gets to know the bamboo forest, the mountain, the beach, the lagoon, the crabs, and the turtles. That’s sufficient for him to want to leave, and he’s quick to start building a raft. Taking it out of the lagoon, it’s violently broken up from beneath. He keeps at it though, building bigger and stronger rafts, and having them destroyed, until the third time when he sees the large red turtle responsible. Infuriated, he takes revenge, waiting till the turtle is on the beach, and tipping it over onto its back. It’s a short lived fury though, and he’s soon wracked with guilt over what he has done, and what he can’t undo, lacking the strength to right the beast. And then the turtle’s shell cracks... 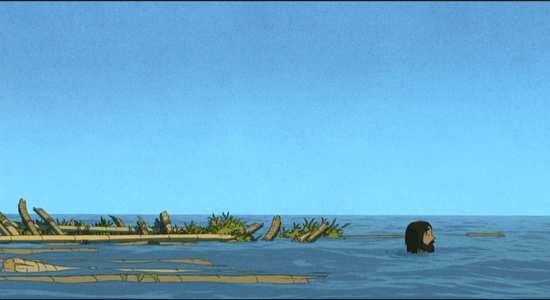 It’s here that the story takes a turn for the fantastic, a development that would be at home in any fairy tale. The story that unfolds is heart-warming, enthralling and epic, with a conclusion that will elicit a tear or two. The Red Turtle got the Oscar nomination ahead of Your Name, and my reaction was knee-jerk defensive for another anime snubbed, but having now seen The Red Turtle, it’s wholly deserving of award recognition. Hopefully Studio Ghibli can find other such deserving projects to invest in. This DVD is watchable enough, but you’ll want the Blu-ray.

One of my favourite movies of the year, an absolute masterpiece
https://www.myreviewer.com/Site/ForumSearch/red%20turtle
posted by mbilko on 29/9/2017 12:28