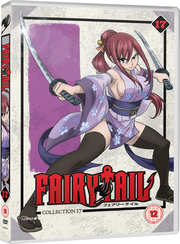 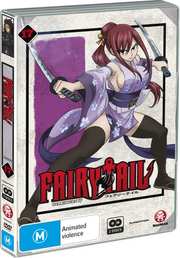 For the first time, canon Fairy Tail disappointed me a little with the arrival of Part 16. It wasn’t the quality of the storytelling, or the joyful characterisations; those were up to the show’s usual standards. This time it was the sense that the story was obviously being stretched out, padded, made to fill time, before it got to the good stuff. It’s a common, nay obligatory weapon in the shonen anime arsenal, but one which Fairy Tail had avoided using up till now. That’s pretty good for a show that’s approaching 200 episodes, although the less said about Fairy Tail filler the better. Thankfully we don’t have to wait long for Fairy Tail to get into top gear again, as things really do get serious in Part 17, and then some! 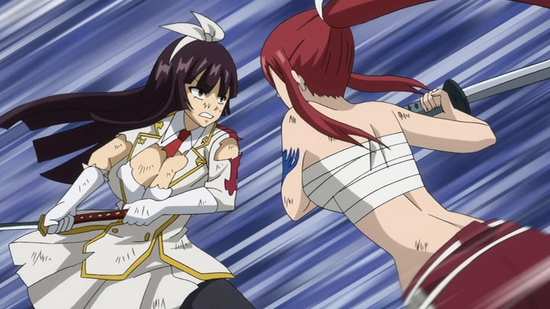 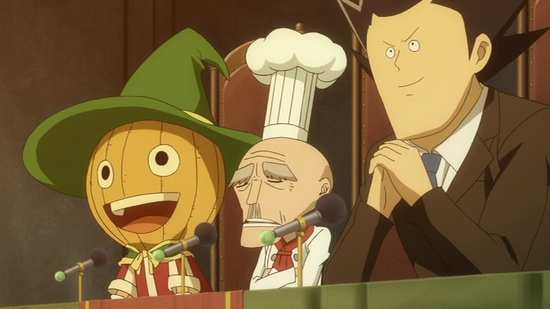 Funimation release the next twelve episodes of Fairy Tail across two discs. The Tenrou Island arc concluded with the strongest members of Fairy Tail trapped in a bubble of time for seven years. When they finally returned to Fiore, they learned that the guild had declined in its fortunes and reputation in the interim, that Fairy Tail was now the weakest magical guild, and the new Sabertooth guild ruled the roost. They also learned that a new annual Magical Games tournament had been created to allow guilds to increase their standing, without having to do missions or pick fights. As this collection begins the final moments of the Magical Games are about to unfold. As Natsu and his friends continue their rescue mission in the palace, only with two Lucys to rescue, the Fairy Tail team face their toughest foes yet in the final free-for-all event. But if the unexpected happens, it could herald the end of the Kingdom of Fiore. 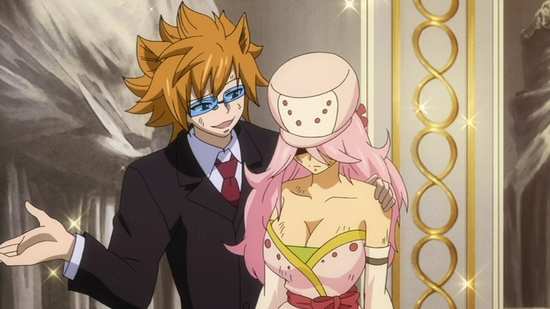 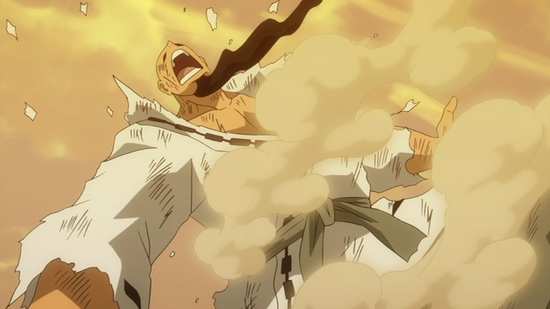 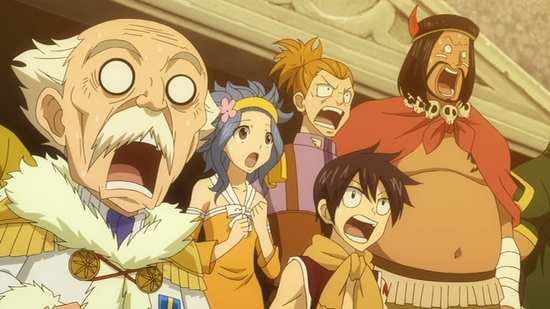 You have the choice between DD 5.1 Surround English, and DD 2.0 Stereo Japanese, with optional translated subtitles and a signs only track. I sampled the English dub, and found it to be a typical anime comedy dub, high pitched female voices, and loudness and manic intensity substituting for humour. My preference as always was for the Japanese audio track with the subtitles. It too is adequate, although one slight point of annoyance for some may be the lead character of Lucy played by Aya Hirano, who simply supplies another variation of her stock Haruhi Suzumiya tsundere voice. Otherwise it’s a fairly run of the mill audio track, playing the show for laughs, with little yet to stretch the characters. More impressive is the show’s music, which with a pop Celtic theme supplements the show’s magical themes very well, although it is boosted by a wholesale plundering of the classical music archives. I noticed in this collection that Fairy Tail has a new main theme, which is nowhere near as rousing and as heart pounding as the original. The subtitles are clear, well timed, and free of error throughout. 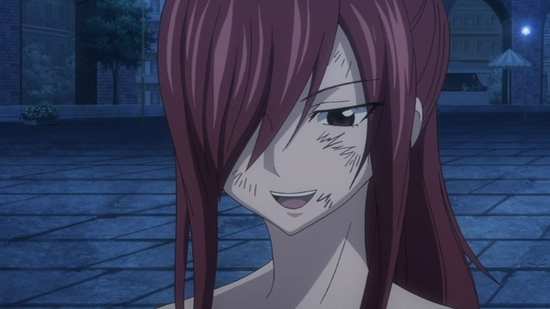 Disc 1 autoplays with a trailer for Full Metal Panic.

There is an audio commentary for episode 191 with Tyler Walker (ADR Director), and Jim Foronda (Toma & Mato).

Disc 2 autoplays with a trailer for Space Dandy. 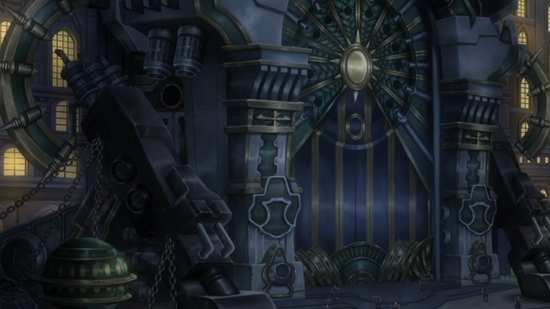 Guild Pride: Mermaid Heel lasts 6:39, and is a redundant guide to the eponymous guild if you’re watching the show, and wholly meaningless if you aren’t.

You get the textless credits, two sets of each, the US trailer for this volume, and further Funimation trailers for Inari Kon Kon, 009 Re:Cyborg, Free – Eternal Summer, Selector Infected WIXOSS, Buddy Complex, One Piece, Noragami and the Fullmetal Alchemist Blu-ray. 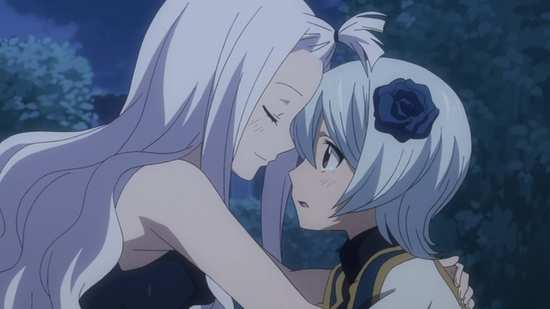 I can’t help but think that Fairy Tail got the balance wrong in the Magical Games arc. It spent so long on the actual games tournament itself, the final day of the action, that in the previous volume, I actually had a bit of a whinge at the way that it was stretching things out. Well now that Part 17 is here, we get the finale of the Magical Games arc, we catch up to that moment that Charle has been seeing dire visions of, the extracts of Levy’s diary after the fact that were filled with foreboding, we get to the dragon filled climax that was essentially the whole point of this story, and it’s over in a measly eight episodes. In long-running shonen anime terms, that’s barely an afterthought. 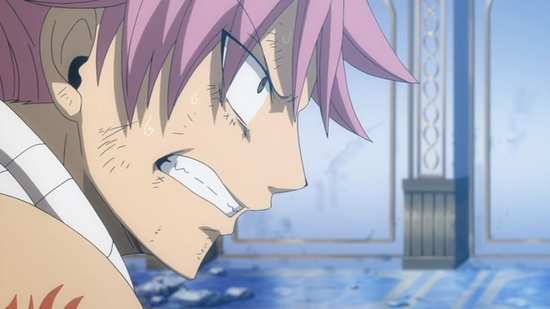 The magical games tournament has been a complicated and drawn out affair, as Fairy Tail battled to regain their reputation and standing as the best and baddest Guild in the nation, and given their woeful start at the opening of the games, in typical shonen style they have had to come from behind, taking everyone by surprise. At the same time there have been a lot of plots and conspiracies behind the scenes, many of them centred on Lucy Heartfilia. It all boils down to Princess Hisui of Fiore’s plans to battle evil using the Eclipse project, with of course little information as to what the Eclipse project actually is. At the same time we have those visions of a dragon blasted future that have added that desperate undercurrent to the often silly magical games. 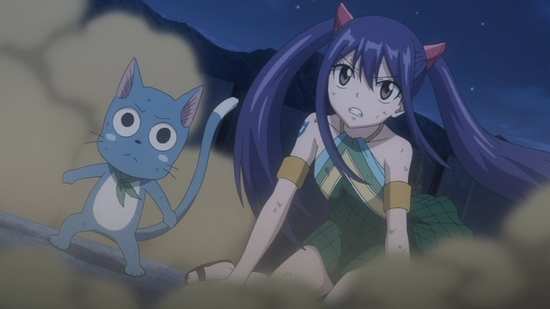 In the previous volume, we learned that the Eclipse Project was a means of defeating Zeref before he became all powerful, a time portal in the form of a giant magical gate, that needed Celestial magic to activate it. You can tell which way this arc is going then. We’re already had Charle’s visions of the future, and those visions are confirmed when someone from the future arrives with a warning. Actually two someones from the future show up, telling contradictory stories. Unfortunately Princess Hisui believes the wrong account, that the magic stored in the Eclipse gate can be unleashed all in one go to act as a giant magical cannon, just what they need when predictions of 10,000 attacking dragons in the sky seem to be coming true. 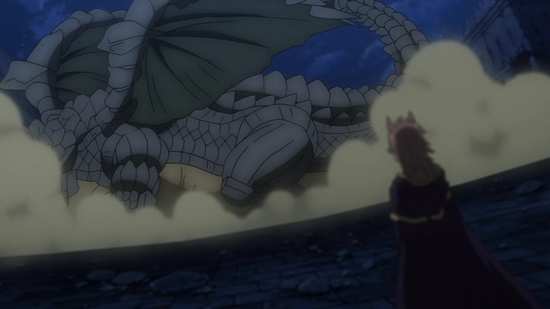 It’s all a ruse to get the gate opened at the perfect time, which is why we suddenly have seven dragons in the sky, raining fire on the city. It turns out that seven dragons are just as formidable and invulnerable as 10,000, and despite the fact that the magic guilds have seven Dragon Slayers among them, slaying dragons is a lot harder than it looks. 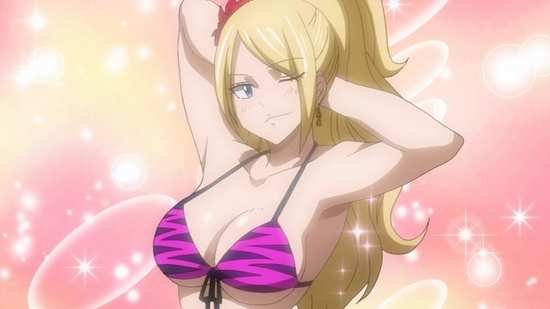 I must admit that I had a sinking feeling when the first named character died in this arc, given the prevalence of time travel in the story. I already knew that it would be a time travel fix to the problem, indeed to the whole arc, but Fairy Tail surprised me twice. First in the way that the death was reversed; it required a character to make the ultimate sacrifice, which was in keeping with the way their story arc was unfolding. It was also an inventive use of time travel that wasn’t a magic eraser to undo everything. Second, when it comes to the conclusion of the arc, it’s a soft reset. People’s memories and experiences aren’t erased, the damage caused in the battle isn’t erased, and the inconclusive fight against the dragons has served to prove just how tough they actually are, and consequently just how much stronger our heroes will have to be if they have any hope in facing the series big-bad, Acnologia. 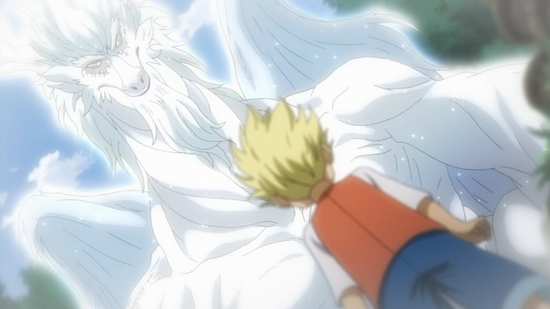 Of course this being a time travel story, there are more plot holes, inconsistencies and logic gaps than you can sneeze at, and if you waste your brain matter on asking why, what, when, how and where, and pointing accusingly at every potential paradox, you’ll be missing the point of a shonen action show, which is not to sweat the details and just have fun with it. Having said that, I can’t help but feel a little deflated at how this arc ends with a timey-wimey fix. It feels like a bit of a cheat, particularly how quickly it’s all over given how dire the situation seemed at one point. The Magical Games Tournament Arc has been my least favourite of the canon Fairy Tail arcs to this point, although it still excels when it comes to character moments and interactions. Not long to go until Part 18!