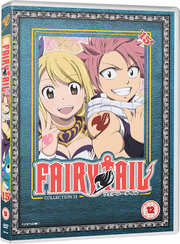 I’m out of practice. We used to get anime in single volumes on a bi-monthly or even monthly basis, and I used to review a lot of series like that. Regular as clockwork, I’d have to write a review, come up with a new introduction, scrabble and scrape for a smidgen of originality. Now that’s less of a concern, when we get whole series, or at worst half seasons spaced months apart. But of late Fairy Tail has switched to a monthly schedule, ‘half-season’ boxsets of eleven or twelve episodes spaced just weeks apart, as we hasten to catch up to the US releases. And I have to admit that my mind is a total void, coming up with a new way to start one of these reviews. I guess this paragraph of self-indulgence will have to suffice. 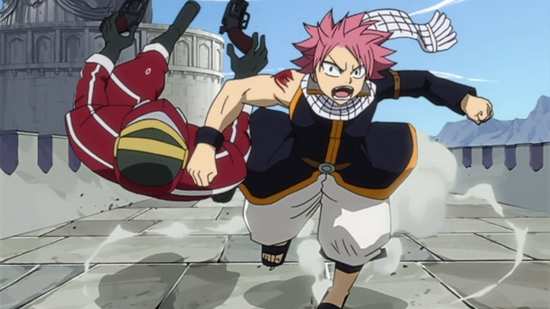 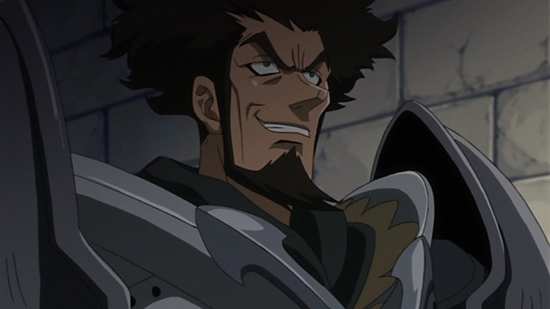 Funimation release the next eleven episodes of Fairy Tail across two discs. The Tenrou Island arc concluded with the strongest members of Fairy Tail trapped in a bubble of time for seven years. When they finally returned to Fiore, they learned that the guild had declined in its fortunes and reputation in the interim, that Fairy Tail was now the weakest magical guild, and the new Sabertooth guild ruled the roost. They also learned that a new annual Magical Games tournament had been created to allow guilds to increase their standing, without having to do missions or pick fights. As this collection begins the Magical Games are in full swing, and after a rocky start, Fairy Tail (who have managed to qualify with two teams) are picking up some momentum, although this isn’t helped by their traditional rivalry with Raven Tail leading to outright, and nasty cheating on their part. And Raven Tail’s antics are blinding everyone to the machinations that are unfolding in the background. 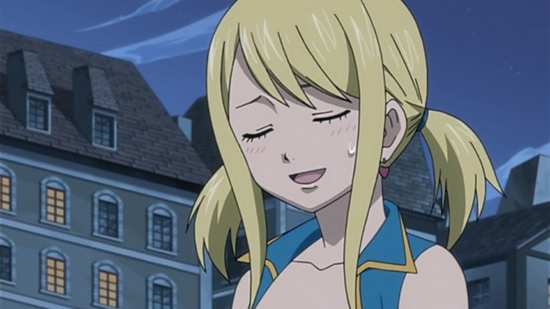 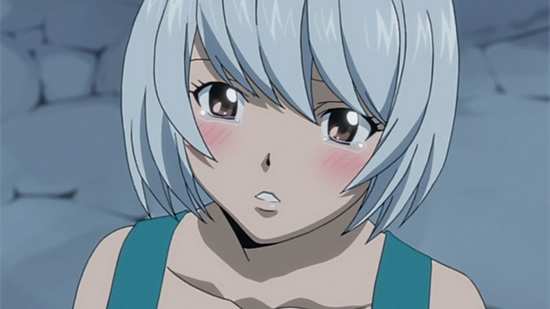 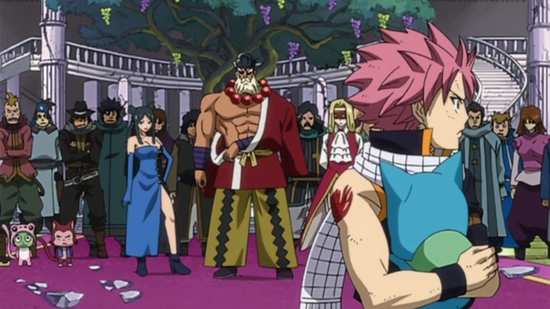 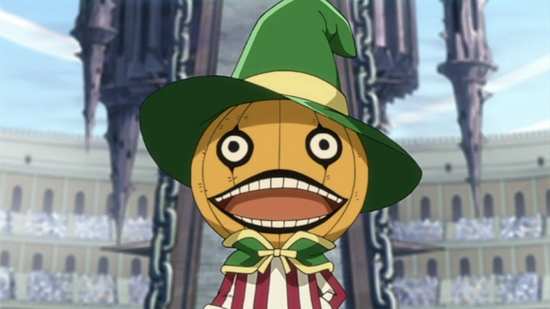 Disc 1 autoplays with a trailer for Tokyo Ravens.

There is an audio commentary for episode 169 with ADR Director Tyler Walker, and Bruce Carey (voice of Alexei/Ivan).

Disc 2 autoplays with a trailer for Nobunagun. 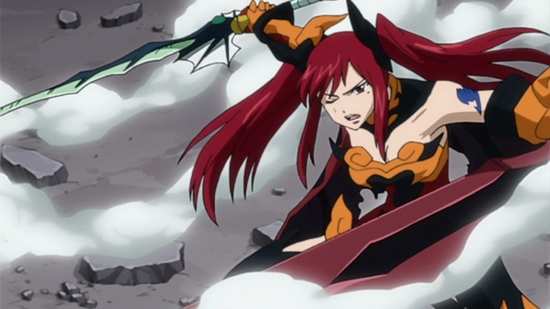 There is a video commentary to accompany episode 168, and you can see Colleen Clinkenbeard, Josh Grelle, and Kyle Phillips talk about the episode.

You get the two sets of textless credits, the US trailer for this volume, and further Funimation trailers for .hack, Noir, D-Frag!, Space Dandy, Ben-To, School Rumble, and One Piece. 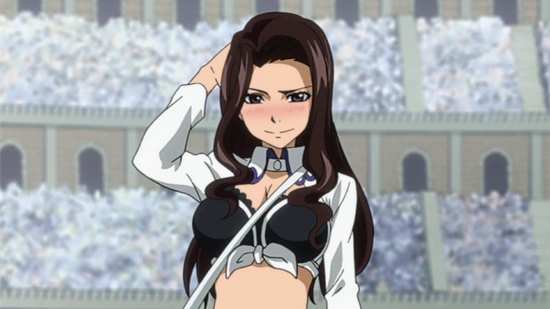 Fairy Tail is back at its best, and I enjoyed almost every minute of this collection. If you like your shonen anime, and have a fondness for the tournament arc staples of the genre, then Part 15 is pure catnip (should that be Exceed-nip?) There really isn’t much to say about this collection of episodes beyond that, except to reiterate that when it’s at its best, Fairy Tail is really good at what it does. 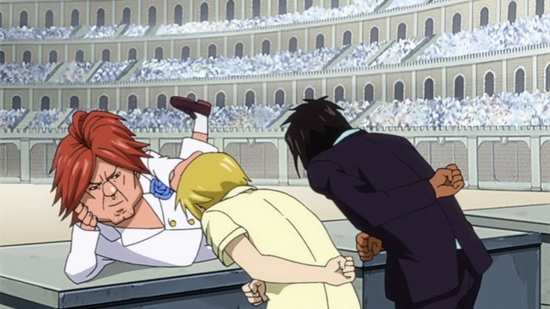 The Magical Games Tournament is the tournament arc in question, a sort of magical Olympics for the Fairy Tail world, which mixes the one on one fighting clichés with events that are somewhat more imaginative. It’s all about Fairy Tail wanting to regain their standing as the strongest guild, and taking part in the Tournament to do so. All the while, there is some dark conspiracy involving Celestial Wizards and something called Project Eclipse happening in the background, something that a reformed Jellal and his allies are trying to uncover. 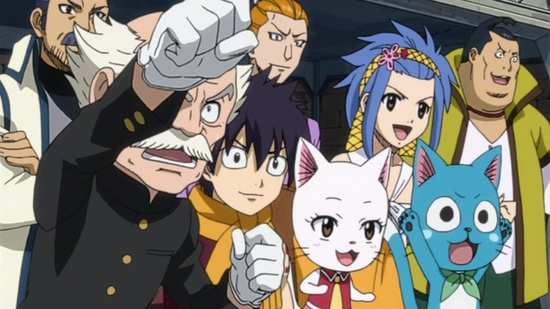 There is very little of that dark conspiracy in this collection of episodes though, as it concentrates on the Games instead, with two more events, and two more rounds of battles to appreciate. The guild rivalry heats up, Natsu gets riled up, and there are plenty of moments to get the blood flowing, get you at the edge of your seat, pump a fist in a “Hell Yeah!” of exultation. Erza in the 100 Against 1 event is a case in point, as is Natsu’s battle towards the end of this collection. 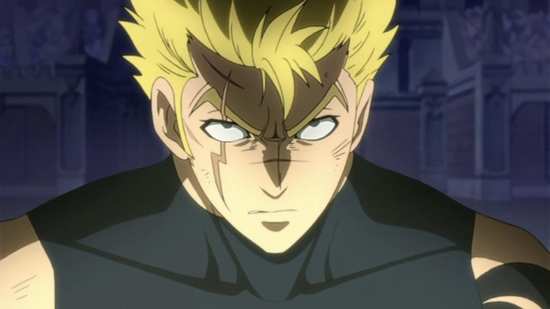 The one niggle I have is that yet again for the second collection running, Lucy gets tortured and tormented all to get Natsu’s blood boiling to go looking for some payback. As a story device it’s effective enough, but it’s beginning to feel misogynistic at this point, especially as it happens during an underwater bikini battle in this collection. But that’s a small stain on an otherwise exemplary collection of episodes. 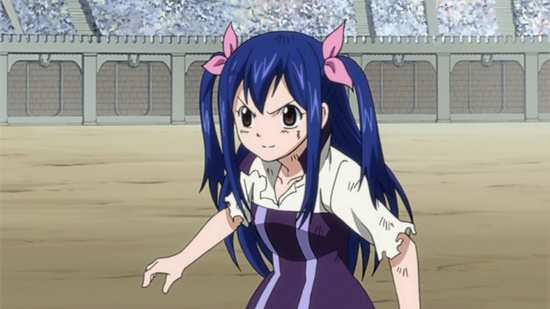 As I said, this set of eleven is really all about the Games tournament, which might make you wonder about the conspiracy storyline. These episodes save it all for a post credits epilogue at the end of episode 175. And with the tournament drawing to a close, it’s pretty likely that we’ll get to the meat of the story in the next Fairy Tail Collection. I guess it’s just a month to wait. I better start working on that intro.