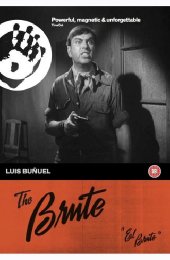 Blu-ray
In a Lonely Place

Article
Horror flicks Husk, We Are What We Are and The Unforgiven hit DVD and Blu-ray in March
Recently Added Items

Review for The Brute 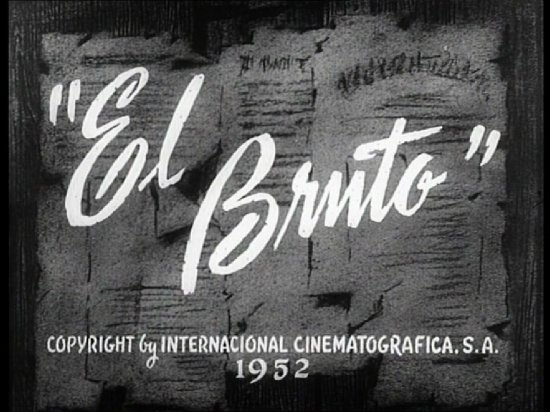 What a nice surprise for Buñuel completists. The 'Mexican years' may be considered lesser works by some than his more radical and surreal efforts as they are, for the most part, pure pot-boiling melodrama. At their simplest,studio money-spinners made at a time when Buñuel was in no position to dictate the terms of his engagement. However, Buñuel being Buñuel, there is much in this (and sister release 'Susana') that reveals the Auteur, despite the surface simplicity. 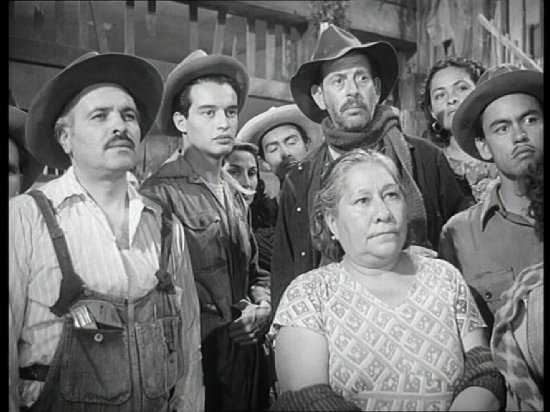 For Buñuel, 'El Bruto' was a horrible compromise. As a result it is not a film that gets much aired or much discussed when appraising the great man's works.

It's actually rather good though. It emotively reflects the huge gulf between classes in Mexico and the innate unfairness of this as powerless tenants stand up the un-feeling might of a greedy landlord. 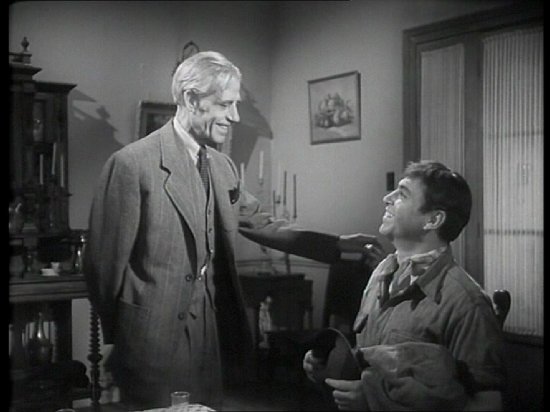 Scripted by Buñuel and collaborator Luis Alcoriza, it features a wealthy older man, Andrés Cabrera (Andrés Soler) who owns a butcher shop, where his frustrated younger wife works, Paloma (Katy Jurado). He also owns an apartment block on the wrong side of town and wants to evict the current tenants in order to sell the land to developers. 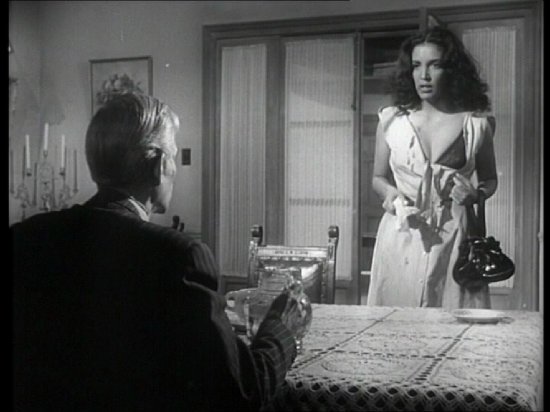 But things don't go to plan. The tenants refuse to budge - after all, they have nowhere else to go. So Andres hires a new employee, Pedro , a man as strong, and arguably as stupid, as an Ox, known to locals as 'El Bruto'. 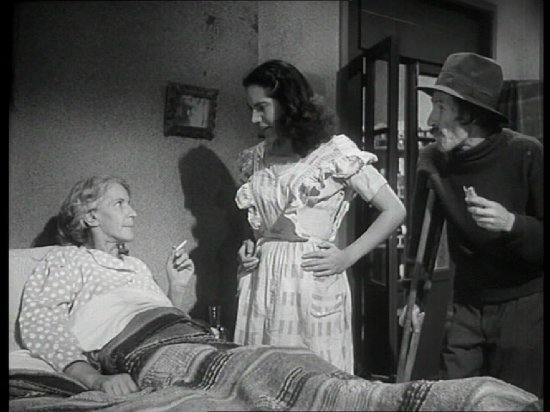 Things go awry when he deals a blow to the tenants spokesperson which kills him. And if that isn't enough to get the flames of this pot-boiler burning, the young wife Paloma seduces Pedro who, in the meantime, has met and fallen in love the daughter of the man he has just slain. 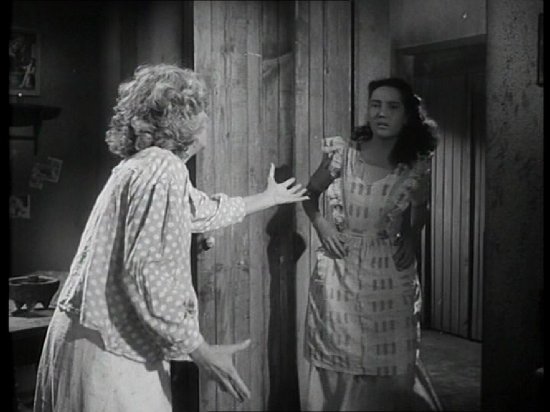 Though this sounds like a very black and white story of the ills of capitalism, Bunuel always understood that the ambiguity of the grey was where the interest really lies. It turns out that some of the poor aren't so perfect either. Pedro's own family for example includes a mother who sits in bed all day complaining about her lot without ever doing anything to change it, merely demanding more tobacco from anyone who will listen.
Full of imperfections (that's just life) and Buñuel surrealism (the landlord's father who steals candy at any given opportunity in his dementia). 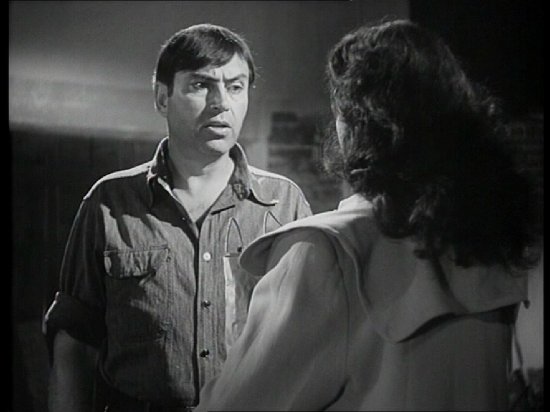 It's a short and pacy movie (running in at just over 80 minutes) and, on this transfer, looks very good indeed. Nice deep contrast, very black blacks and little sign of wear and tear, the transfer is very satisfying. Presented in 4:3, it appears that this was its original aspect ratio as there are no tell-tale signs of panning and scanning. 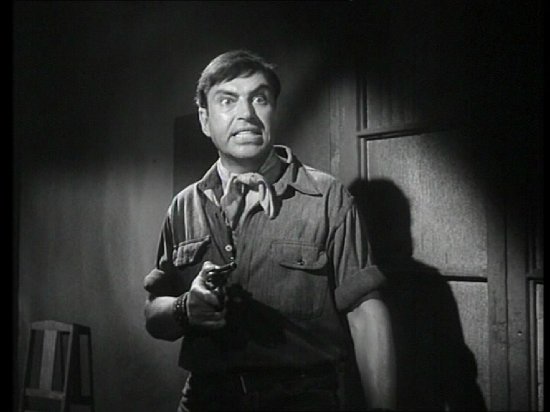 Audio wise it's an acceptable mono soundtrack and English subtitles are sensitively delivered, making this an effortless watch. No one should be put off by the non-English dialogue. 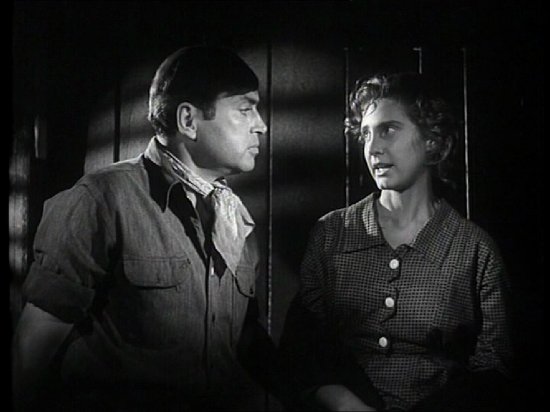 One for Bunuel completists rather than explorers but a fine and entertaining film nonetheless. (A very good rounded selection can be found within the Optimum Bunuel Box Set and two of his finest, 'Viridiana' and 'Exterminating Angel' can be picked up separately). 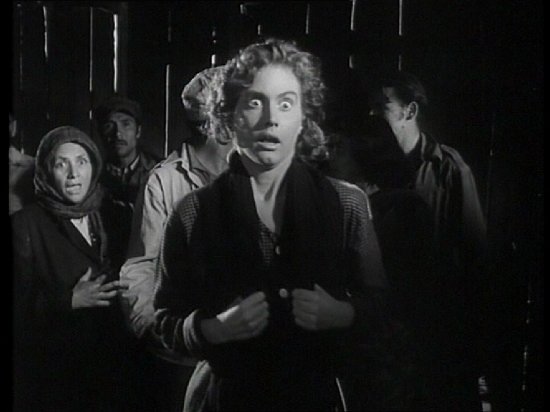