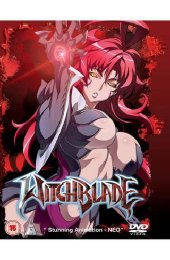 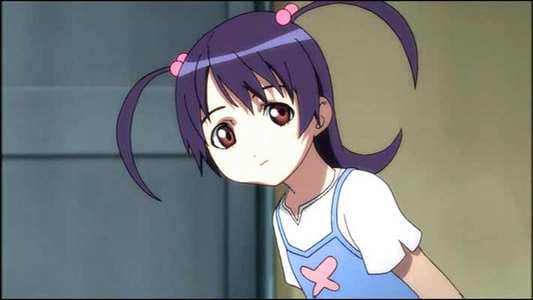 Now there's one thing that even a tough-guy like myself can't take and that's seeing a mother and daughter forcibly separated. Especially when the mother's something of a dame and the daughters the cutest kid this side of Nagasaki.

There's another thing that I'm not entirely comfortable with and that's the idea of a cutesy anime based on a US comic book featuring well endowed witches and sorceresses, more goth and grunge than bubblegum pop art.

But you know me. Mr. fair-minded objectivity himself. Isn't that what they call me? No? Oh. 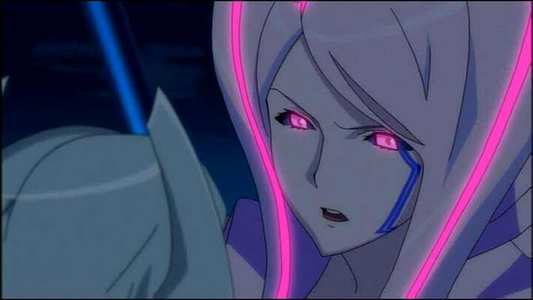 In truth, unlike some anime sets (like 'Death Note') I found I couldn't take more than an episode of this at a time. Made up of 20% sugar, 30% Spice and 50% fighting that's not all that nice, short single episode bursts of 'Witchblade' are perfectly enjoyable. But any more than that and you start to feel queasy and start questioning the show's validity, or just who it is supposedly aimed at. But just when you're at your most quizzical, you'll be treated to some distracting bouncing boobies and all is forgiven for another 20 minutes. Which is not to say that it is as vacuous and single-minded as, say, 'Battle Vixens', and I ought to add that its so-called 'fan service' is strictly of the softest, though fairly bouncy, variety. 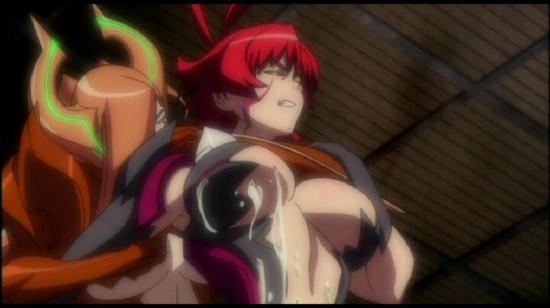 For fans of the Top Cow 'Witchblade' comics, visually this series has next to nothing in common with those. This is a manga style adaptation with little of the dramatic artwork of the original, with the exception, perhaps, of the boobies.

The show starts with an attractive young mother, Masane Amaha, running from the authorities who seem determined to take her daughter Rihoku away from her until she has a fixed abode and a decent job. However, once she discovers her hidden powers (the 'Witchblade' which she absorbed when she survived a Tokyo earthquake) she gets to keep her daughter and gets a great job too, whether she wants it or not. She is hired by Reiji Takayama of Douji Group Industries, a weapons company, to fight malfunctioned 'Ex-cons'; weapons made of human corpses. Yeuach! 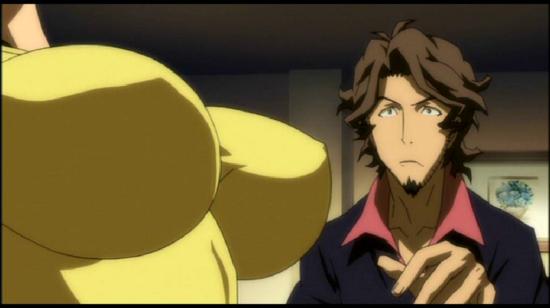 Luckily the Witchblade gives her super-human powers.  However, a competitor to Douji, NSFW, an organisation hell-bent on creating 'Witchblade Clones' or 'Clone Blade Wielders', also known as 'Sisters',  gets in on the act and then, well, the scene is truly set for a for a further 20 episodes or so.

During that time, highlights include a blossoming relationship with the mercenary photographer who helped save Masane's kid, as well as many lack-lustre battles in and out of the board-room. Then there's all those horrible serial deaths, and what about that bit when we find that Masane's daughter isn't her daughter, or where she gets a bit drunk and maybe, just maybe, a real relationship could be developing between Masane and Tozawa. And is that really Masane on the beach struggling to stay in that bikini? Yes - you get all this and more. As ever, I will lazily point the more determined and studious of you in the direction of Jitender Canth's reviews of the individual discs, which you will find on this site. Jitender has an encyclopaedic knowledge of all-things anime so you may find his reviews a more satisfying read and he also provides good episode synopsis too. 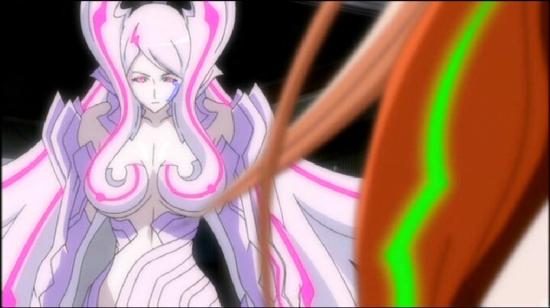 Picture wise you get a decent anamorphic transfer that looks in great nick. The extras on the discs are the usual paltry collection of trailers, title free openers and artwork galleries. Oh - and some Japanese voice artiste interviews. I don't know why I always feel disappointed with the extras on anime DVD's. They can hardly fill them with bloopers!

Overall, there's no doubt at all that this is the best way to buy the series should you want to with all six originally issued discs being delivered in a single box for a heavily discounted price. The fact that there are so many other anime alternatives means that this should, perhaps, be reserved for those who understand exactly what they are getting - and still want to get it.

For me, having recently watched some mighty fine anime series (Mushi-Shi, Death Note, Black Lagoon) 'Witchblade' just paled by comparison. But that is not to say that it wasn't enjoyable. It was. It just won't change your universe. 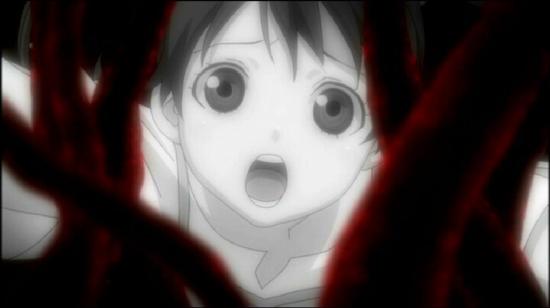