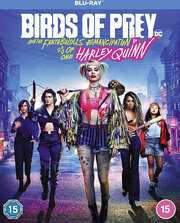 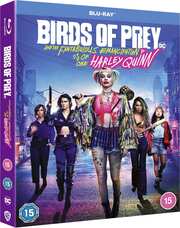 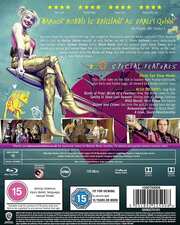 The DC Universe films have been a bit hit or miss, and with no entry into the franchise particularly standing out. It even took two attempts at Justice League to make that movie work. For a long time, the Whedon version of the film was the weakest movie in the franchise, with the first Suicide Squad a close second. With Zack Snyder’s Justice League finally released, I guess that makes Suicide Squad the stinker of the bunch. I certainly found little to appreciate about that film when I reviewed it, with only the character of Harley Quinn standing out, and even then, any sense of strength and menace was neutered by the weak story. It got to the point where I was thinking positively of Tank Girl while watching the film. Harley Quinn felt like a cosplay version of the character, but still, the only one that could conceivably break out and carry a movie of her own.

And here we are with Birds of Prey, the Harley Quinn movie. Hopefully this time the character gets some teeth.

Harley and Joker have broken up, although no one knows. That gives Harley immunity from all the people she’s offended, injured or just plain annoyed. But when one drunken night she decides to get closure on the relationship, the news shakes the whole of Gotham City, and suddenly everyone’s coming out of the woodwork to get their pound of flesh. Not least of them, nightclub owner Roman Sionis.

Sionis has bigger fish to fry. He wants to be the man in Gotham City, and for that he needs money. He’s got his eyes on a mafia diamond that has some mafia bank account numbers etched inside it, and he had his hands on it, until a pickpocket lifted the diamond, just before being arrested. He’s willing to let Harley Quinn off the hook, if she breaks into a police station, and nabs the kid. But a psychopath like Sionis isn’t to be trusted.

Birds of Prey gets a 2.40:1 widescreen 1080p transfer, with the choice of Dolby Atmos English, DTS-HD MA 5.1 Surround Italian, and DD 5.1 Surround English, and English Audio Descriptive. There are subtitles in these languages and Arabic, Danish, Portuguese, Finnish, Greek, Norwegian, and Swedish. This is not a transfer to really invite criticism. The image is clear and sharp, detail levels are excellent, while the colour palette is subtly shifted to a pop art aesthetic. No egregious colour timing here. The audio is nice and immersive, making the most of the action, and really emphasising the film’s eclectic pop music soundtrack, while keeping the dialogue clear.

You get one disc in a BD Amaray case. The disc boots to a static menu, albeit with a breakout animated panel showing clips from the extra features on the disc. On the disc you’ll find the following extras.

Birds Eye View plays a version of the film with pop-up trivia, picture in picture content and breakout interviews.

This is the usual smorgasbord of featurettes that new films get, little bits of behind the scenes footage, interviews with actors and crew, and looks at aspects like production design, costumes and stunts.

Tank Girl indeed! When I watched Suicide Squad, I might have wished that Margot Robbie had the same bite as Harley Quinn that Lori Petty had as Tank Girl, and it seems to me that the creators of this film had the exact same idea. Certainly there are more than a few similarities between the two films, and some not just superficial. You can forgive the film starting with an animated comic book sequence, that is a genre trait after all, and Birds of Prey has the budget not to require comic book animations to take the place of action sequences. But Harley Quinn is breaking the fourth wall all the time in the film, there’s another gruesome fracture followed by a plaintive “What!”, a gang of unlikely protagonists have to come together to defeat the villain, all to save a girl who has a lethal spheroid to play with, and the film has a musical number interlude (Jules Styne, not Cole Porter).

I wouldn’t go as far as calling it a remake, but if I did, it would be the best kind of remake, one that fixes what was wrong with the original. Harley Quinn is a much more charismatic character, played with panache by Margot Robbie, who has made the character her own in the same way that Ryan Reynolds approached Deadpool. The film gets a 15 rating which lets it be as dark, as visceral, and as gory a film about a comic book anti-hero should be. If our protagonist has a heart of gold, it’s one she got by killing an angel and ripping it out of its chest. The villains work just as well, with Roman Sionis played with rampant gusto by Ewan McGregor, while his right hand man, Victor Zsasz is a vicious toady indeed. You might have a criticism that they are small time criminals in a superpowered universe, but their greed, and visceral cruelty grounds the film; gives it a sense of realism even given the heightened comic book style.

The band of heroes that gather makes for an interesting group. The dynamic between Quinn, and the pickpocket Cassandra Cain is volatile and entertaining, and in the mix are Huntress, an assassin looking to avenge the murder of her family, Black Canary, a singer who also works as a driver for Roman Sionis, and Renee Montoya, a good cop trying to make a difference in a dirty town, who keeps getting knocked back by her captain. She’s obsessed with bringing Sionis down, although her captain doesn’t take her seriously. These five characters head towards the same destination in the film, and they certainly aren’t natural allies. Again, it makes for a series of volatile relationships that keeps the film interesting.

A fascinating aspect of the film is the largely female production behind it. In the extras you can see how these voices came together to make this an atypical comic book movie, when it came to the action and the costume design. This isn’t a film made to satisfy the male gaze according to the interviews. What I find interesting is that I noticed absolutely none of this until I watched the extras. Birds of Prey is just a cracking super-anti-hero movie, as dark and as profane as it needs to be to satisfy the characters and the edgy style. Those irreverent characters gives it an atypical and entertaining feel, which shifts it from the DC universe mainstream in the way that I wish the first Suicide Squad did. Suddenly I feel optimistic about the James Gunn Suicide Squad when it eventually gets released on Blu-ray. Tank Girl, but good. Bird of Prey is a Blu-ray well worth a place in your collection.