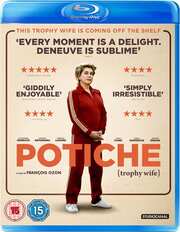 This is another of my pound store lucky dips, which has come to be something of a godsend when it comes to lockdown. Just pulling out a coin or two and taking a chance on something I have never heard of, or maybe have a vague memory of a half-decent review, means that I’m getting to watch plenty of stuff I have never seen before, and not being struck down with buyer’s remorse when I’m insufficiently entertained. Certainly a period French character comedy is so far out of my wheelhouse that I’m really just rolling the dice on this one. Then again Potiche is one of those titles that I have a half memory of a favourable review. 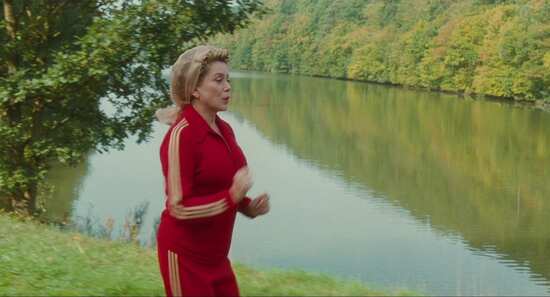 It’s 1977 and Suzanne Pujol is married to Robert, the manager of the umbrella factory started by her grandfather. It’s a happy life, as long as she lives up to her husband’s expectations of her, echo his opinions, run the household, and generally be unobtrusive and uncomplaining of his infidelities. Her daughter Joëlle sardonically refers to her as a ‘potiche’, a trophy wife. 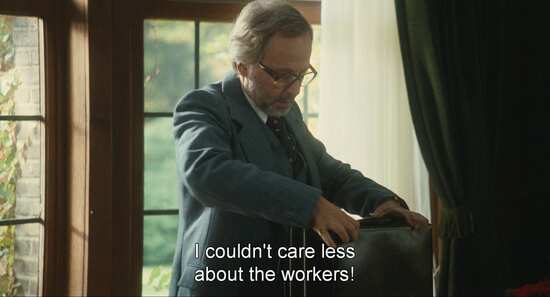 Robert’s heavy-handed management winds up engendering industrial unrest at the factory, to the point that he’s effectively taken hostage during a wildcat strike. It falls on Suzanne to take the lead, and negotiate with the union, although when she calls on the aid of the local Mayor, Maurice Babin, and acquiesces to the strikers’ demands, it gives her husband a heart attack. Now the trophy wife is running the company, and stamping her personality on the factory, and she finds that she’s really quite good at it. 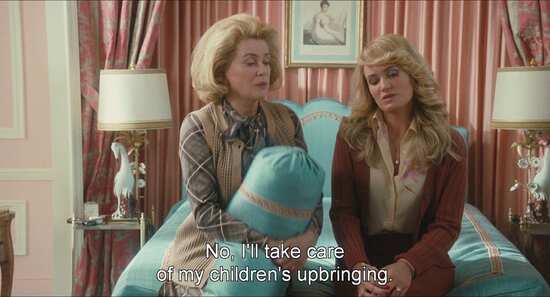 Potiche gets a 1.85:1 widescreen 1080p transfer and the choice between DTS-HD MA 5.1 Surround and PCM 2.0 Stereo French, with English subtitles burnt into the print. It’s a nice transfer, clear and sharp, with great detail. The colour timing gives the film a warm, golden feel that matches the 1970s retro feel, and conforming to the expected clichés, there are plenty of split-screen moments during phone calls. Darker shades and blacks aren’t quite as well defined, but Potiche is mostly a bright film. The dialogue is clear, the subtitles are timed accurately and are free of typos, while the dainty music suits the film’s comedy well. 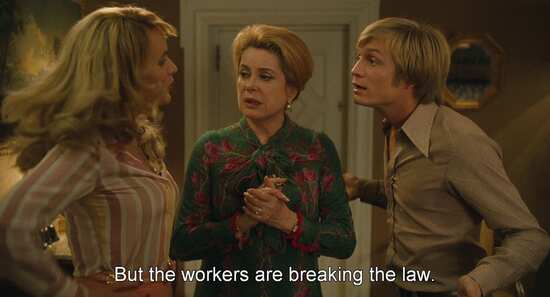 You get one disc in a BD Amaray, and despite the Studiocanal logos on the cover, the disc boots up with an Optimum Releasing logo, to an animated menu. It does autoplay trailers for The Extraordinary Adventures of Adele Blanc-Sec, l’amour fou, and La Princesse de Montpensier. 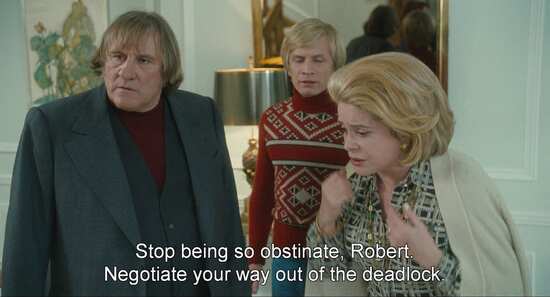 On the disc you’ll find the following extras, all in 576i format. 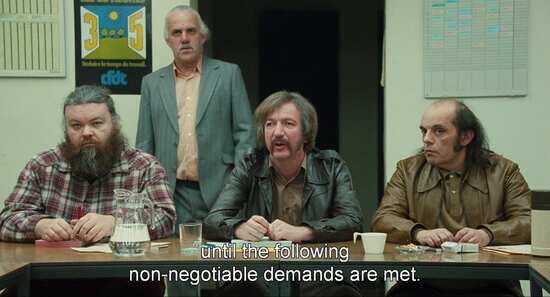 Potiche is a comedy. I know, because I read the blurb on the back of the case. Indeed, it’s a ‘hilarious, stylish and subversive romantic comedy’, which should herald a suitably effusive and flattering review. If I’m told to expect hilarity, then I should be on the floor, clutching my sides, wheezing with laughter at least once during a film. But Potiche certainly didn’t deliver that. It’s mildly amusing at best, eliciting the occasional chuckle, but certainly no fits of hilarity. Maybe I didn’t get the joke, but if you’re expecting a pastiche of all those social commentary comedy dramas of the seventies and eighties, then Potiche will satisfy those expectations. It just didn’t make me laugh while doing it. 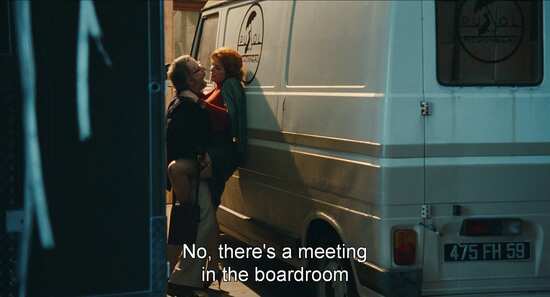 The opening of the film is very much the best thing about it, with an immaculate housewife, taking a jog through a forest, greeting all the wildlife she encounters on the way. It’s like something out of a Disney cartoon, and I was expecting bluebirds to perch on her outstretched finger at one point. Things take a turn for the mundane thereafter, as we see just how Suzanne’s existence is, defined only by how others see her, wife or mother. When she tries to have an opinion of her own, she’s quickly shot down by her husband. 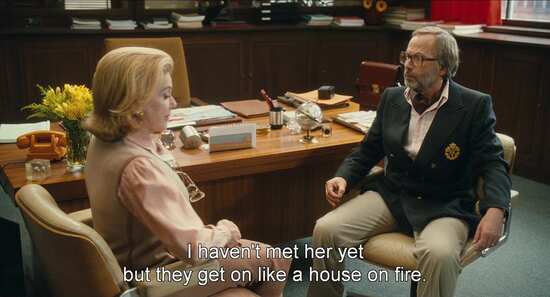 It is the seventies though, so there’s plenty of politics happening, the bourgeoisie versus the proletariat; the Mayor’s a dyed in the wool communist type, while Robert Pujol wants to grind the bones of his workers into the factory floor. There’s also imminent women’s lib, which drives the plot when Robert has his heart attack, and Suzanne is finally freed to express herself, and take over the company. She’s put in place as the least offensive option, but winds up being a big success, something that riles her husband no end when he finally returns after recuperating. 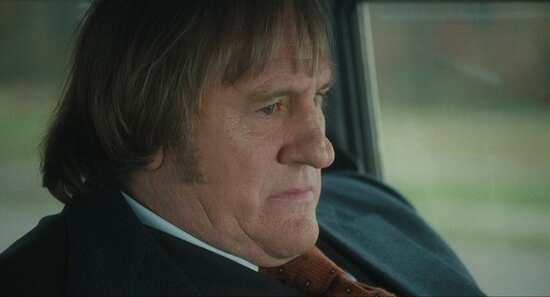 Of course everyone is having affairs, or had affairs in the past, and there’s even the taboo frisson of potential incest in the story. Potiche really feels like one of those po-faced family dramas that French cinema was renowned for in the seventies and eighties, but done with a veneer of knowing irony. This is probably supposed to be hilarious, but the best I can say about Potiche is that I didn’t not enjoy it.