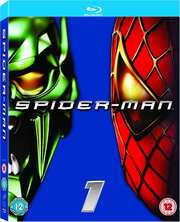 Of all the disappointments last year, perhaps the most trivial and pathetic might be Spider-man Homecoming, which I finally got to see on broadcast television. I was expecting another Spider-man movie, but instead got Iron Man Junior. I actually swore at the television when Spidey’s suit started having conversations with him. What else to do in a situation like that but to go back to where it all began, and Google for all I’m worth to unearth the goss’ around the James Cameron Spidey movie that never was? But I did have the first Sam Raimi Spider-man movie on Blu-ray, still to be watched, so I did that instead. And no, I’m still not going to double dip Spider-man 3 to Blu. 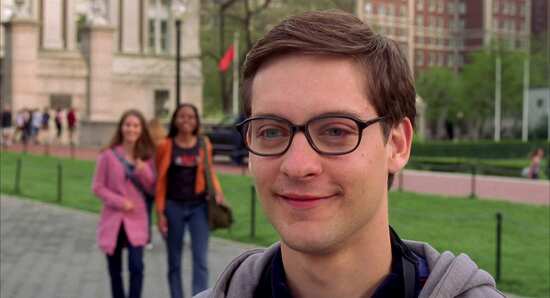 Peter Parker is your average introverted orphan kid with a crush on the girl next door. Unfortunately Mary Jane Watson is the girlfriend of the typical school jock, while Peter is the nerdish school paper photographer that everyone picks on. Fortunately he has some positives in his life, he lives with his Uncle Ben and Aunt May who dote on him, and his friend Harry’s father, industrialist Norman Osborn also keeps a keen interest in how young Peter is doing. 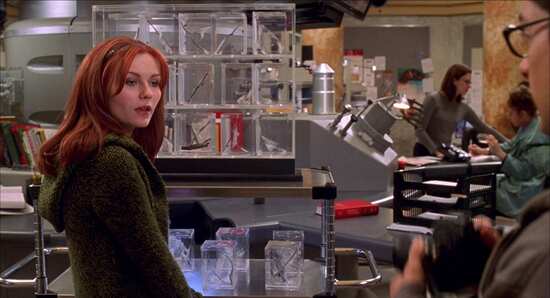 Oscorp is poised to complete a deal with the military to provide performance enhancing drugs, but a disinterested General is poised to let the deal fall through if the drug isn’t proved successful. On the same fateful day that Peter Parker is bitten by a genetically modified spider, Norman Osborn decides to test the serum on himself with catastrophic results. That very night, both Spider-Man and the Green Goblin enter the world. Peter initially uses his powers for personal gain, but tragedy makes him realise the responsibility of his powers. After graduating from school he heads for the Big Apple to pursue his future, unaware that an explosive confrontation with the Green Goblin awaits that will define his character. 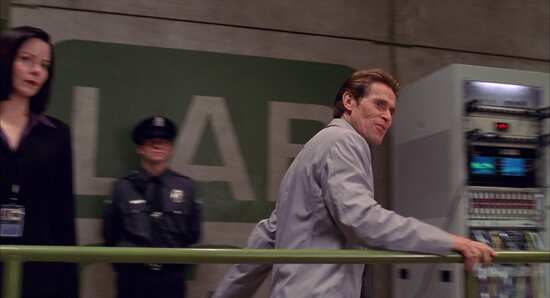 Spider-man gets a 1.85:1 widescreen 1080p transfer with DTS-HD MA 5.1 Surround English, Dolby Digital 2.0 Stereo English, Dolby Digital 5.1 Surround English Audio Descriptive, French, German, Italian and Spanish and with subtitles in these languages, Arabic, Dutch, Danish, Finnish, Norwegian, Swedish, Hindi, and Turkish. It’s a fair transfer, although probably from the same source as the DVD. Certainly when it comes to colour and clarity, it lacks the characteristic HD pop that you might have come to expect from Blu-ray. The image is clear, there is a decent level of film grain, but the occasional scene might suffer from softness, and there is a bit of black crush at times. The audio is great though, an effective surround track that brings across the action and Danny Elfman’s memorable score while keeping the dialogue clear throughout. But once again, nothing dates faster than CGI, and you might get a better visual experience playing the latest Spider-man game on your Playstation 5 compared to some of the web-slinging adventures in this first film, where they were really just testing the VFX technology. 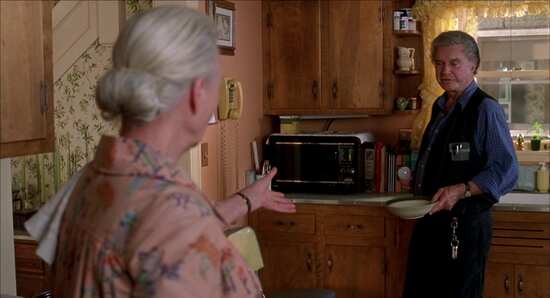 You get one disc in a BD Amaray case wrapped in an o-card slipcover. There is some nice inner sleeve art to look at, and the disc plays a trailer for The Amazing Spider-man (The Andrew Garfield movie) before loading an animated menu.

The following extras are on the disc.

Spider Sense Trivia Challenge is a game you play while watching the movie.
The Spider-man Cutting Room is a thing that lets you edit a scene. 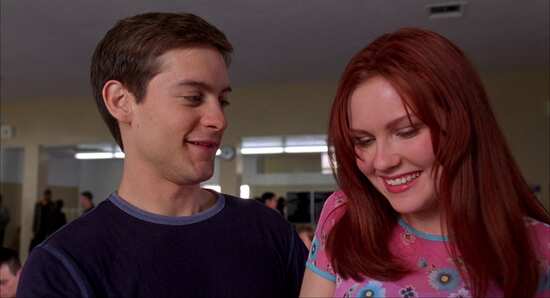 There are three commentaries on the disc, one from the Filmmakers & Cast, one from the Visual Effects Designer & Crew, and one from Tobey Maguire and J. K. Simmons. 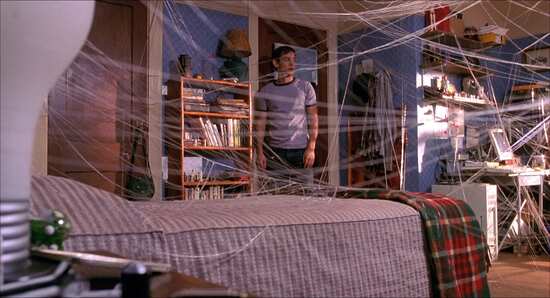 All but the theatrical trailers are in SD format. 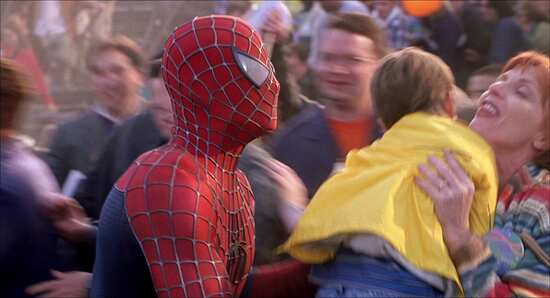 It was 2002, and when it came to comic book hero movies, we’d had the Superman and the Tim Burton Batman movies which had come and gone, and we’d had a couple of toes dipped into the water from Marvel with Blade and the first X-Men movie. From our current perspective where it’s a rare tentpole movie that isn’t a comic book film, it’s hard to remember just how much of a risk the first Spider-man movie was. The idea of a character swinging through the city on webs was something that could only be accomplished in CG, and at the time CGI on the human scale wasn’t that far removed from the T1000 in Terminator 2. The filmmakers had to get realistic, weighty motion in a CG human figure and blend it perfectly with live action. They didn’t always get it right, and certainly where the live action blends with CG (Peter Parker’s first few attempts at wall crawling without the suit), the uncanny valley can be jarring. The funny thing is that there were moments in Spider-man Homecoming where the lack of weight in a CG character was just as noticeable in a movie some 15 years newer. 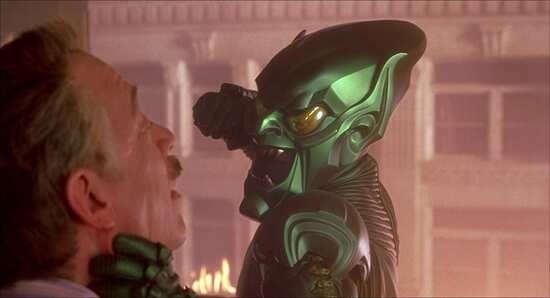 But Spider-man does get its origin story right, the characters are colourful and well drawn, and the story is appealing. It takes its time to get there, spending half its runtime on build up before really kicking off the action, but as I’ve previously opined, Raimi’s Spider-man movies really do borrow from the template of the Christopher Reeve Superman movies, and the first Superman movie too spent a fair bit of time on origin before getting to the meat of the story. 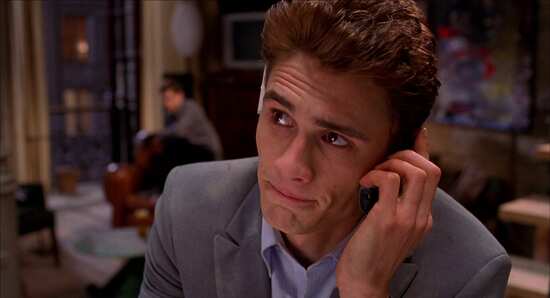 Spider-man is still fun to watch; Tobey Maguire’s take on Peter Parker is a little understated and serene, but his Spider-man has the requisite tendency to quip in dangerous situations. The film belongs to Jameson of course, with J. K. Simmons embodying the newspaper editor down to a tee. I’ve never really been impressed with the rest of the cast, but they do enough to sell the story. 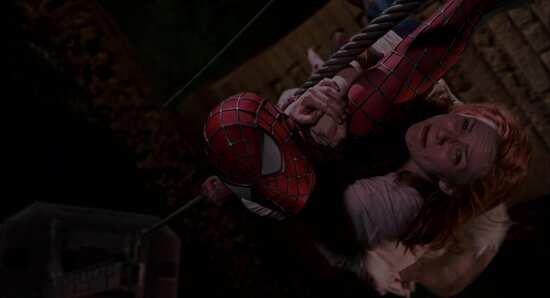 Come to think of it, Spider-man is an odd film for me. I enjoy it every time I watch it, but I always find things to complain about, whether it’s the simpering MJ, the creepy Norman Osborn, or the creepy in another way Harry. I think I give it the benefit of the doubt, because it really feels as if Sam Raimi went and made a big-budget, middle-of-the-road, tentpole summer action movie, and secretly made it an indie movie at the same time. It has enough quirks and idiosyncrasies for me to be charmed by it time and again. The Blu-ray is good enough to watch, but it looks like an older transfer at this point. No doubt UHD is the way to go.