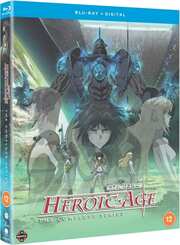 There are two Hero anime coming from Manga Entertainment this summer, and before the world locked down, I managed to get check discs for one of them. They are Rising of the Shield Hero, and this, Heroic Age. Now I know that one of them is really worth watching, while the other has received the sort of fan response that makes me think twice, but I can’t remember which one is which. So as I place the first disc of Heroic Age into the player, I sort of have my heart in my mouth... I think I may have lucked out. This one’s the space opera! 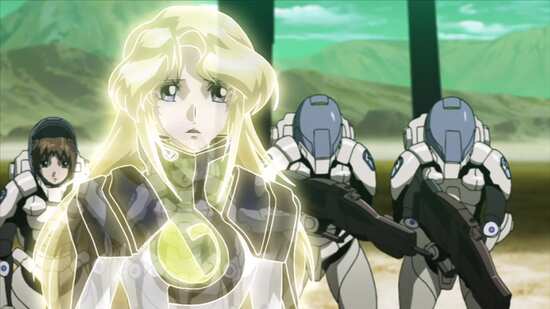 Humanity made it into space and ventured into the universe. Unfortunately they were late. The Tribe of Gold were first, god like beings who eventually called to other races to join them among the stars. Three answered the call, and were named The Tribes of Silver, Bronze, and Heroes. Then finally, a fourth race appeared among the stars, the humans, and the Tribe of Gold named them the Tribe or Iron, before departing for another universe. Now, the Tribe of Silver reigns supreme, with the Tribe of Bronze as their servants, and they see the upstart humans to be chastised and controlled. 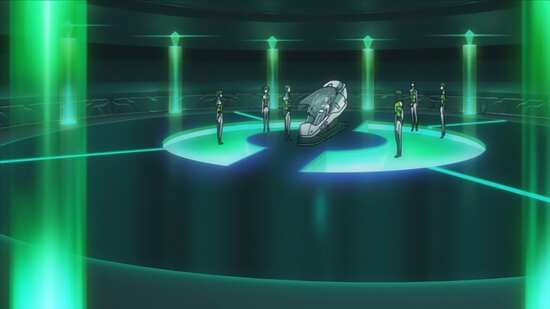 The Argonaut is a free human ship that searches the stars for a legend, for the one human child that was reputedly raised by the Tribe of Gold. On the ruined planet of Olone, they discover a young man who lives in the wreck of a ship, raised by the ship’s computer. The boy’s name is Age, and he possesses unimagined power as the last Nodos, a fusion of human and one of the five surviving members of the Tribe of Heroes. 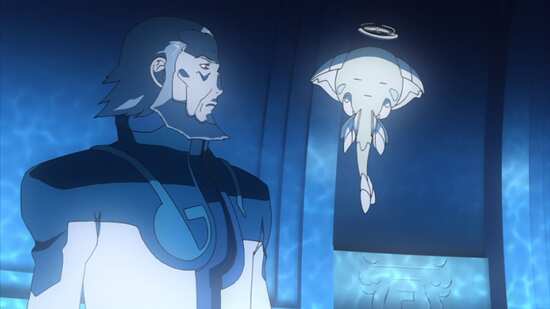 26 episodes of Heroic Age are presented across three Blu-ray discs from Manga Entertainment.

Disc 1
1. The Ruined Planet
2. The Forgotten Child
3. The Heroic Tribe
4. The Planet Titarros
5. The Nodos
6. The Cemetery Belt
7. The Agreement
8. The Flashing Nodos
9. The Return 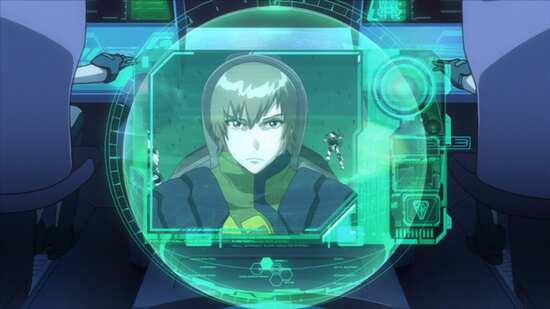 Disc 2
10. The Hero of Solitude
11. The Star of Brilliance
12. The Torch of Destruction
13. The Battle in the Space-Time Continuum
14. The Raging One
15. When the Light Falls
16. Overcoming the Fates
17. The Retributive Troops
18. The Victorious Day 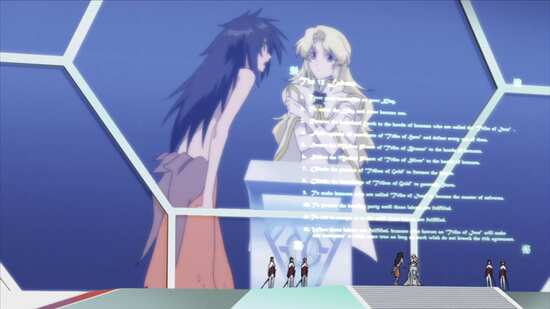 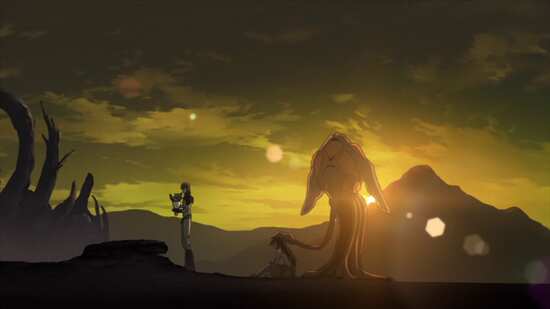 I have to remember that Heroic Age is an anime from 2007. Allowances must be made for the fact that this is a 13-year old digipaint show. Therefore, the 1.78:1 widescreen 1080p transfer is an upscale, and the discs that we get in the UK are based on the Funimation Blu-ray release from 2010. Naturally the image is an upscale, but thankfully it’s not too prone to the flaws of the earlier up-scales, such as filtering and smearing. Heroic Age looks like an up-scaled DVD, which is the best that you can hope for. Alas, despite the scope and grand nature of the story, the visuals don’t live up. The artwork is simplistic, the world designs forgettable, and the character designs basic. The CG doesn’t blend with the 2D all that well, while the spaceship battles quickly become repetitive, and prone to replication of basic visual models. But, this is a show from 2007. 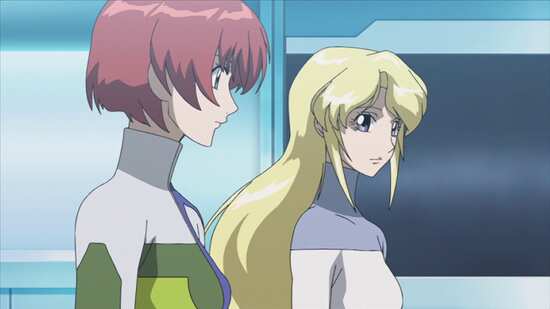 You have the choice between Dolby TrueHD 5.1 Surround English and 2.0 Stereo Japanese with optional translated subtitles and a signs only track. I was happy enough with the Japanese audio, although what I sampled of the English track seemed innocuous enough. The music isn’t memorable, but drives the story well, while the actors are suited to their roles, not that the roles are particularly challenging. The subtitles are accurately timed and free of typos, but the problem with using decade old BD masters becomes apparent when you first see the thin white font that Funimation ditched after a year or so of making Blu-rays. Also, there are quite a few subtitles missing completely, usually important bits of dialogue. You’ll have to skip back and switch to English for those lines. 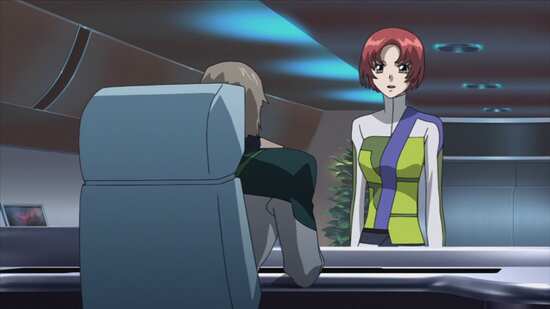 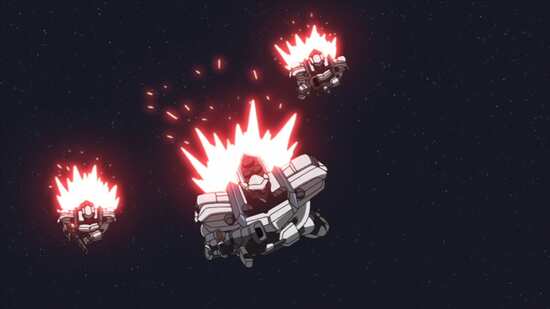 The title of the show, Heroic Age is a bit of a play on words. There is the obvious meaning of course, but the main character in the show is named Age, while there is a contrivance with the ‘Tribe of Heroes’ which has significance in the premise. But that is the smartest writing in the whole show. I certainly was expecting better than this, after all, space opera is my genre of choice and long has been. But as each new episode unfolded, I got an increasing sense of disquiet, as if something just wasn’t right. The more I watched it, the more Heroic Age felt like a dumb show wearing smart clothing. It’s when I checked who the writer is that the penny dropped. In my opinion, Heroic Age is written by anime’s most renowned one hit wonder, Tow Ubukata. There is this idea of serendipitous genius that Terry Pratchett once mentioned in a book, that particles of genius are fleeting through the universe, and occasionally strike the right brain, producing a moment of inspiration. The right person can capitalise on that inspiration and make it big, but will never be so inspired again. Tow Ubukata had that moment of genius with Le Chevalier D’Eon, and nothing he’s written since has gotten close. But in Heroic Age, even he looks like he’s phoning it in. 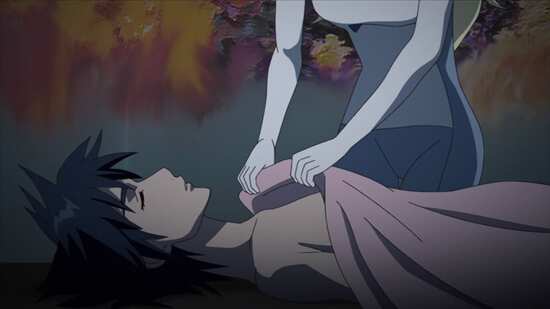 It’s a downright shame, as when it comes to premises, Heroic Age is rich with possibilities. You can see echoes of Babylon 5, Iain Banks’ Culture, and especially David Brin’s Uplift underpinning some of its ideas. Long ago in this universe, the first intelligent species to arise spread across the stars, gaining fantastic power along the way, including the ability to create worlds. They were the Tribe of Gold. They searched the young universe for other intelligent species like themselves, and they found three, the Tribes of Silver, Bronze, and Heroes. Silver were passionless, pragmatic beings that used the insectoid Bronze as a servant race. The Heroes on the other hand were violent and aggressive, although they turned that aggression in on themselves in their endless wars, almost wiping themselves out of existence. 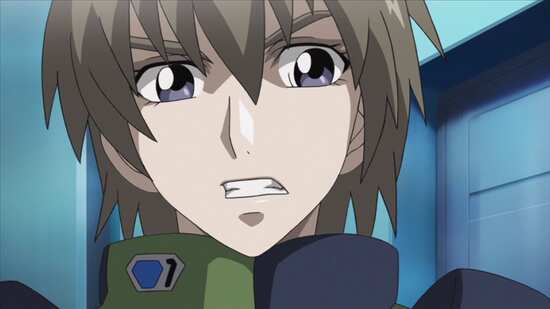 Only five of the Tribe of Heroes were left, and with these individuals, the Tribe of Gold created the Nodos, fusions between the Heroes and other races, which would fulfil the prophecies that the Gold had themselves foreseen. Four of the Nodos were bequeathed to the Tribe of Silver. 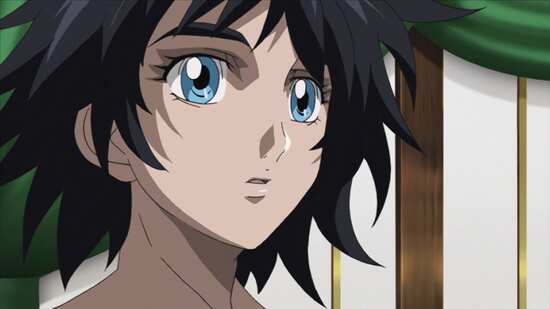 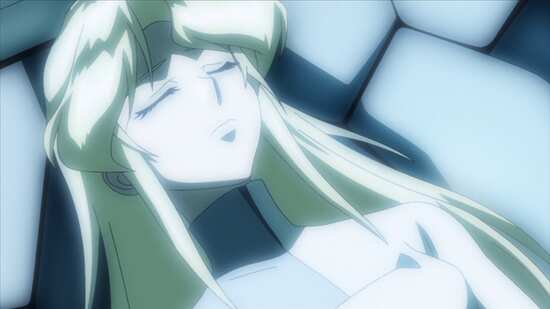 That’s the premise, and I’m in love with the show. This is the cool kind of epic space opera that makes my spine tingle and my hair stand on end. We’re in Battlestar Galactica and Babylon 5 territory here. Seeing the downtrodden human race rise up against impossible odds to take their place in the universe, to discover the lost legacy of the ancients, this is my kind of show. 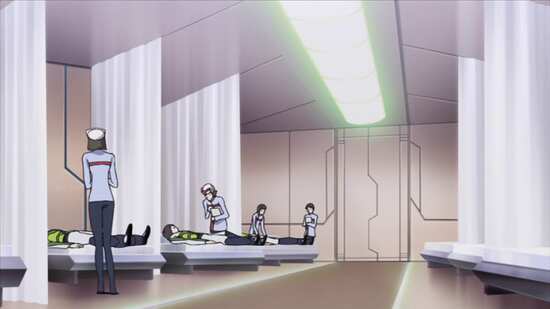 The problem is that there are the characters, which completely undo pretty much everything that tantalises about the premise. They are all single note and simplistic to the point that it’s impossible to invest in the story. As the story begins, the starship Argonaut has discovered the ruined planet Olone, the last planet that the Tribe of Gold were at before they vanished from the universe. Onboard the Argonaut is Princess Dhianeila, a human with fantastic abilities. She’s a telepath, capable of astral projection, and alone among the humans in being able to take a ship off the ‘starways’ that link worlds and create new paths to distant stars. On Olone, they discover a teenage boy named Age, the last survivor of a human ship. He was adopted and raised by the Tribe of Gold before they left, and he’s been living there alone with a ship’s computer and a strange alien. But before they left, the Tribe of Gold also turned Age into the fifth and final Nodos, fusing him to the Hero Belcross, in anticipation that he would be repatriated by the humans, and prophecy will unfold. 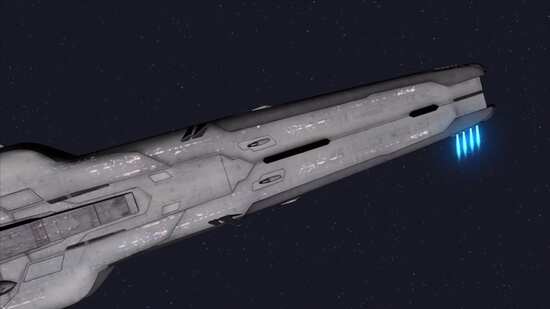 The problem is this; the protagonist of the show, Age is introduced as a child savant, amazing, ultimate world shattering power (the Nodos can exist in vacuum with ease, and for battle transform into giant beasts akin to the god creatures in Utawarerumono) with absolutely no guile or subtext. The princess Dhianeila is presented as a vision of perfection, so beguiling with her power that no man (other than Age) can approach her without keeling over, and she is always right in every choice that she makes. Her power mad brothers on the other hand, two more representatives of human royalty who show up later in the series, are always, without fail, wrong. And the same is true for all of the other characters that we encounter in the show, all with single note personalities, following their own particular mission statements whether they are human or Silver. The only nuance is in the other four Nodos, who are torn between their obligations to their benefactors and their personal wishes. Of course with Age being so perfect, it changes their outlook as well. I think only one other character changes in the story, Iolaous, a human giant robot pilot who initially looked down on Age as a primitive ape, but then tried to be his best friend, not that Age had the intelligence to recognise that. 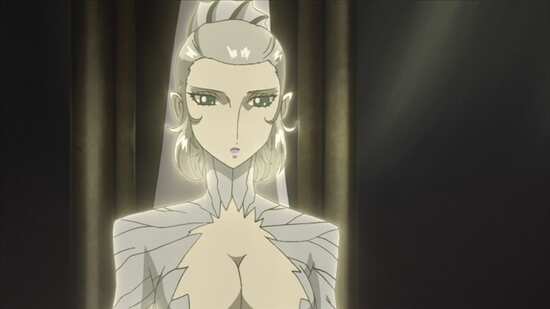 I’m torn when it comes to Heroic Age. I did actually enjoy the show. It had its weak points, stretches of episodes where my attention drifted, moments of the story that felt like dead ends, but by the second half of the series, it was getting pretty compelling, and when it came to the conclusion, it really did deliver. That’s in terms of the premise, and in spite of the character writing, which is probably the worst that I have seen from Tow Ubukata, and that’s saying something. The characters are just so dismally written, so half-formed that the whole show feels like a missed opportunity, an astounding premise flushed down the toilet.