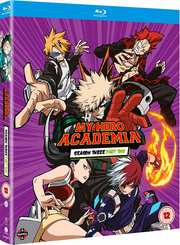 Season 3 Part 1 of My Hero Academia reached such a crescendo, such an epic moment in its narrative that it feels like an ending. With that in mind, I have been approaching the advent of Season 3 Part 2 in a completely different way than usual. It’s less a continuation than it is a new beginning, and I have dialled my expectations back accordingly. Still, with a show as impressive as My Hero Academia, I am still hoping for good things from this collection of episodes. 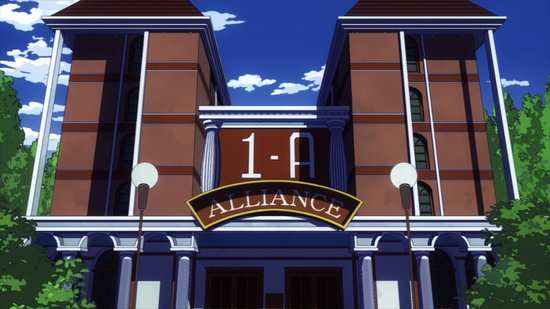 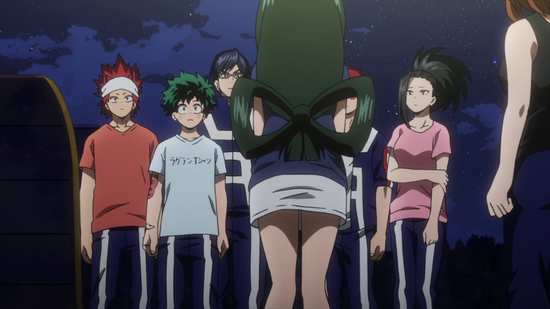 But Izuku’s selfless actions in a crisis situation caught the attention of All Might, who decided that the young boy would inherit his power. Getting used to a sudden new Quirk doesn’t happen overnight, and even with intensive training, Izuku is still playing catch-up when he enters U.A. High School, where the world’s heroes are trained. But he and his class 1-A manage to distinguish themselves when the League of Villains attacks. As this collection of episodes begins, All Might’s secret has been revealed, and he has been compelled to retire from the superhero business. All hopes now lie in the next generation of heroes, but All Might still has the gift of his experience and wisdom to impart to Izuku and his classmates. 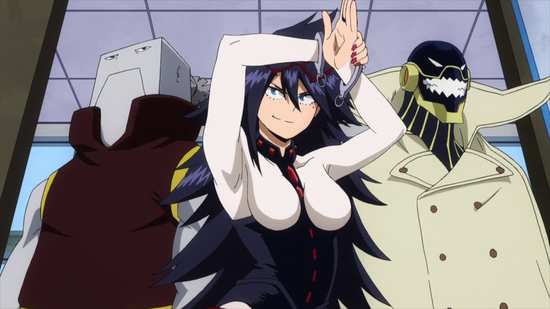 The concluding episodes of My Hero Academia Season 3 are presented on 2 Blu-ray discs from Manga Entertainment. 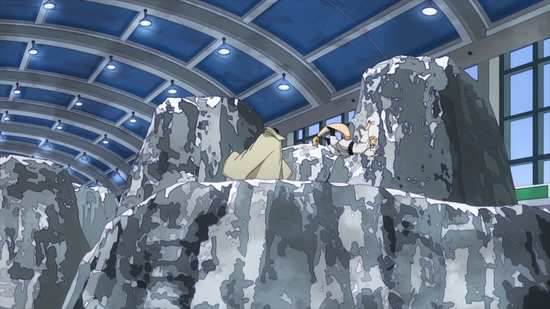 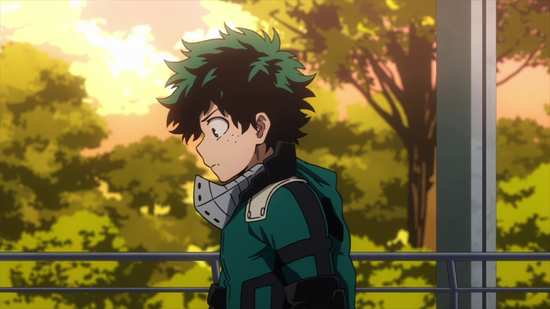 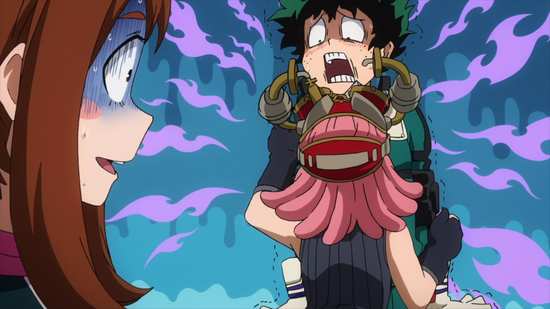 You get the extras on disc 2. 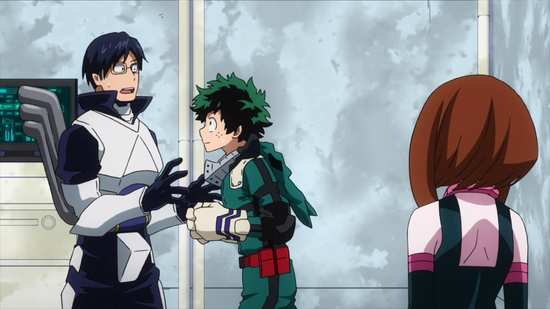 There are a couple of Inside the Episode featurettes on this disc, Create Those Ultimate Moves (7:24), and A Talk About Your Quirk (8:29), taking viewers into the booth to see the voice actors and ADR director at work.

My Hero Academia: Conversation with the Cast lasts 24:25. 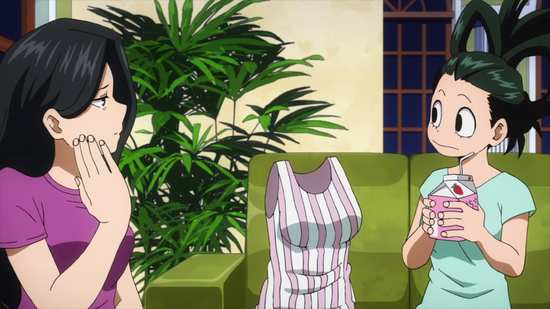 There are 1:30 of Promo Videos, 1:08 of Commercials, and the textless credits. 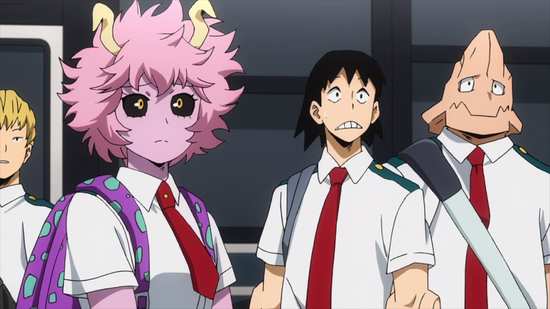 Where do you go from the last collection, the conclusion of the All Might arc? You might think that it is a bit of a cheat to simply go back to school, even if the show’s name is My Hero Academia, but this collection makes that pseudo-reset work, as it is really still building on what came before, both emotionally and in terms of the narrative. If you are into My Hero Academia (and if not, why not?) then you’ll be just as happy with Season 3 Part 2 as with any other instalment of the franchise thus far. 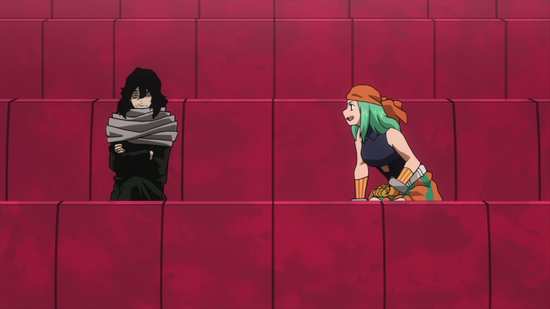 As this collection begins, All Might has retired from the hero business, although he can still impart his years of hard accumulated wisdom as a teacher at UA, and Todoroki’s father Endeavour has taken the #1 spot as superhero. He doesn’t inspire the same confidence in the public, and attitudes to heroes are beginning to shift in the populace, while at the same time, All Might’s disappearance from the scene has inspired criminals and villains to become more active. This provides the impetus for big changes at the Academy and for the students as well. 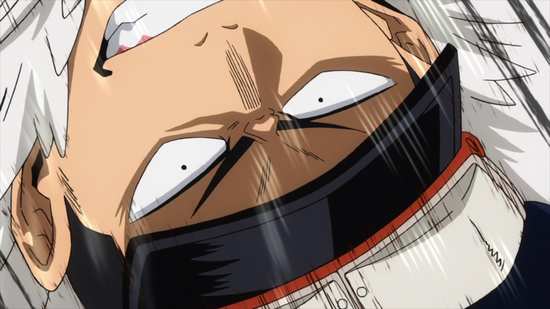 For one thing, it becomes safer to have the students living on campus, and so this collection starts with Izuku’s class moving into dorms. The second thing is that All Might’s departure has left a vacuum to be filled, and the students are now on a fast track. The first years are expected to get their provisional hero licenses, which will allow them to use their Quirks in public, in the event of an emergency situation, to essentially start being the superheroes that they are training to become. There is also a conscious move away from the sort of individuality that All Might, Endeavour and their contemporaries espouse, and a bigger emphasis on teamwork and co-operation. 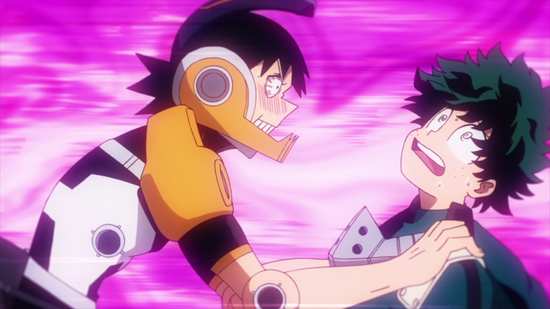 This plays out in this collection of episodes, as the students all work on developing their Quirks further, and coming up with some serious special moves, all of which will literally be put to the test, as they face two challenges to see if they are worthy of the provisional licenses. That allows for the sort of competition/tournament arc that exemplifies this genre of show. Students from a whole bunch of superhero schools gather at a stadium to take part in the tests, and Class 1-A of UA are at a disadvantage from the beginning (they and their Quirks have already been big on TV). To shake things up a bit, this is no fighting tournament. The first round, to knock 1000 students down to just 100, is decided by an elaborate game of tag, while the second round tests the students on their abilities in a rescue situation. Those who succeed get their licenses. With those kind of odds, 1 in 10 at best, you wouldn’t expect all of 1-A to get through, and you’d be right. The ones who fail to get their licenses are a surprise though. 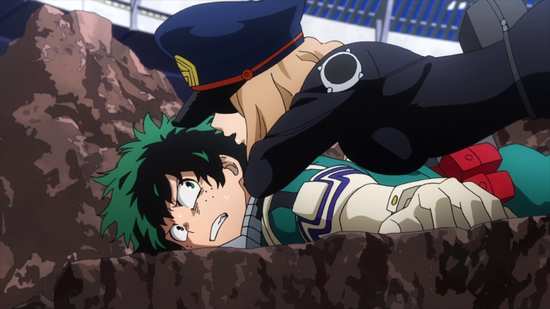 This story arc takes up 6 episodes of the collection, although it is broken up by the special episode, an unexpected bit of filler in what is usually manga faithful storyline. It is a special episode though, one which ties in with the Two Heroes feature film spin-off, and delivers a story in keeping with the main storyline, another, earlier test that Izuku, Bakugo, Asui, Todoroki, Ochaco and Iida took part in, a nice bit of fun back when All Might was still in action. 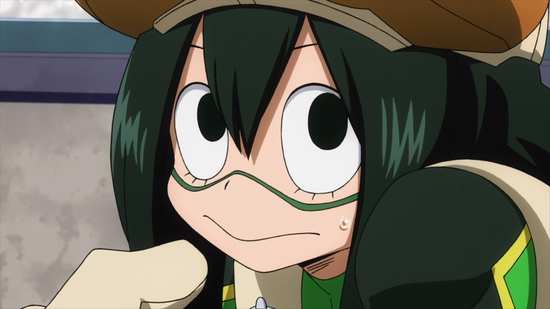 There is plenty of action during the tests; when your characters are super-powered it’s hard for even a simple game of tag not to get epic, but there is one, full on fight as well, in the appropriately titled Deku vs. Kacchan Part 2. Now if this was something like Dragon Ball Z, and Goku was fighting Vegeta again, I would dismiss that as just another snoozefest, but with Bakugo picking another fight with Izuku, the writers begin from an emotional place. Izuku has always followed Bakugo, and even did so once he got his Quirk, but Bakugo has constantly seen Izuku succeed and get stronger, so you’d expect there to be no little jealousy motivating his rage. But it turns out that there is something else as well, and it’s entirely in keeping with the story. There is a great moment towards the end of the episode between Izuku, Bakugo and All Might, and you might just have a little moistness in the eye. That’s before they’re grounded for fighting. 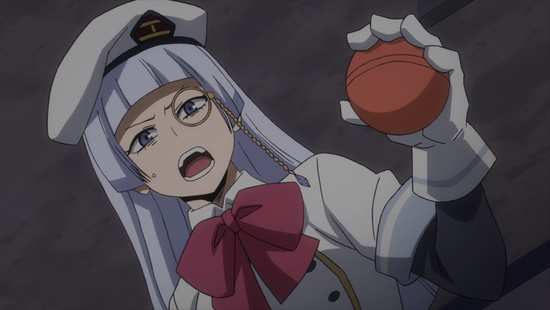 The final couple of episodes are all about preparing those in 1-A who got their licenses, for the work study that they’ll be expected to do from now on, as they meet the three top students in UA to get their perspectives. Naturally there are little bits of the League of Villains all through the episodes, but you see most of them in the final two as well, as we get an idea of how the scope of villainy has changed since All Might’s retirement. 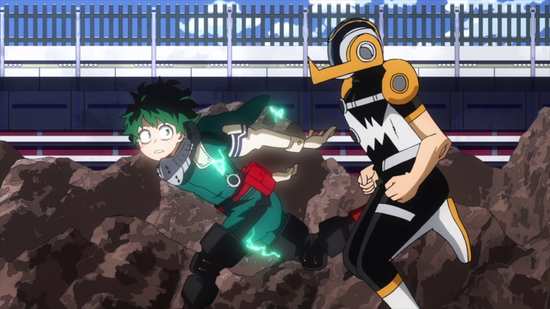 There’s plenty more besides in this collection. My Hero Academia is strong in its story, great with its characterisations, and it continues to deliver memorable moments in each episode. What might have been a wind-down collection of episodes following the action crescendo at the end of Season 3 Part 1 is anything but. These episodes are just as strong as anything that has come before, and you’ll kick yourself if you miss out on this collection.