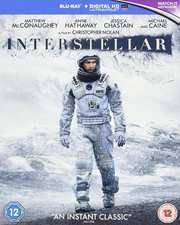 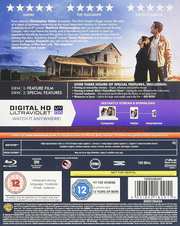 In the history of hard science fiction cinema, there is one film looming like a monolith over all the rest. Every hard sci-fi movie made wants to be 2001: A Space Odyssey. Personally, it isn’t one of my favourites, a little too cold and clinical, bereft of humanity, but what it does so well is what all the other films try to emulate, to inspire with its futuristic visions, and to stimulate the imagination with the complex concepts that lie at its heart. It’s hard for films to achieve the same balance that 2001 did, or indeed better it, and so often I have seen so-called hard sci-fi fall at the first hurdle by getting the initial concept wrong. There’s a tendency for such films to be preachy, or pretentious, or they try to add a humanist element and lose focus. The perfect damp squib of such an attempt actually occurred the last time Matthew McConaughey ventured near a wormhole in Contact. That was back in 1997. Let’s hope Interstellar turns out better. One thing is certain; Christopher Nolan’s film starts in the right place, trying to attain scientific rigour in its ideas and prognostications.

It’s the middle of the century and humanity is in decline. Climate change and scarcity of food as crops keep being wiped out by blight has resulted in a population reduction, while governments work to refocus people’s minds and efforts on what is practical and necessary, which in this case means farming and producing enough food to feed humanity; certainly not anything as esoteric as dreaming about the stars. That’s a sacrifice former pilot and engineer Cooper has made, growing corn and raising his two children. 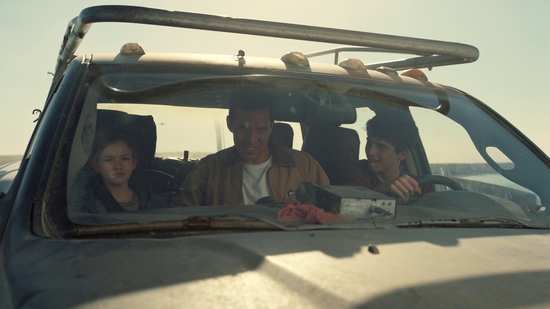 But he’s never lost his scientific curiosity, and that is triggered when strange things start happening around his farm, and in his daughter Murph’s bedroom. It’s a magnetic and gravity anomaly that points him to a hidden scientific facility, a facility where NASA still operates. The truth is made abundantly clear. It’s not just humanity in decline, the world itself is dying, and if humanity can’t leave its cradle, then it is doomed to extinction. But there is one hope, a wormhole discovered in the orbit of Saturn which leads to another galaxy, where it seems there are habitable worlds in close proximity. NASA needs a pilot for an expedition, but for Cooper it means leaving his family for years, maybe even decades.

Interstellar gets a widescreen presentation that switches between 2.40:1 and 1.78:1 widescreen 1080p for the small-screen IMAX experience. It’s an excellent transfer of a recent film, clear and sharp with excellent detail and strong, consistent colours. The audio comes in DTS-HD MA 5.1 Surround English and German, as well as Dolby Digital 5.1 Surround Spanish and English Audio Descriptive. You have subtitles in these languages as well as Danish, Finnish, Icelandic, Norwegian, and Swedish. It’s an effective surround track, a little on the loud side, but as was complained about during theatrical screenings, the dialogue is a little low in the mix, and easily lost in the action sequences. 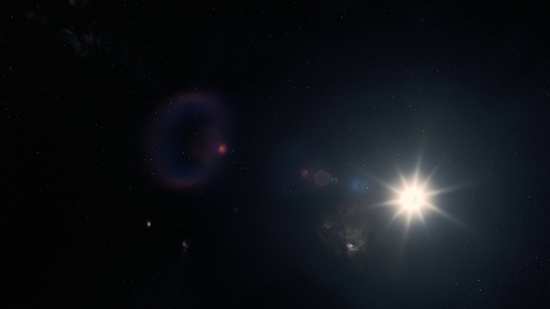 Interstellar is a 2-disc release, with one disc on each inner face of a BD Amaray. You also get the UV Digital code. Disc 1 has just the film on it.

Both discs have an animated intro to a static menu screen.

The extras on disc 2 begin with the impressive The Science of Interstellar, which at 50:20 is the kind of documentary that really is a useful accompaniment to the film, looking at the real science behind the fiction. It’s narrated by Matthew McConaughey.

Inside Interstellar collects all the featurettes that go into the making of. Unfortunately there is no useful Play All option.

Speaking of Cosmic Sounds, after watching all these featurettes, you’ll probably be tired of Hans Zimmer’s overused score.

Finally there are 4 trailers for the film. 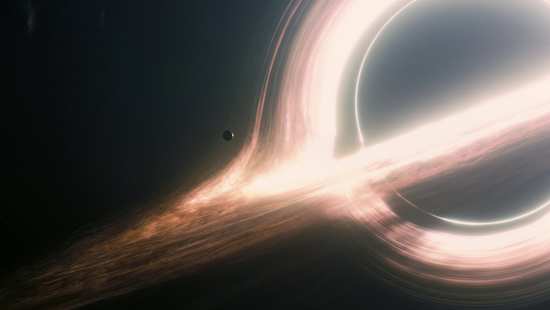 Rats! Interstellar is another film that falls at the first hurdle when it comes to scientific rigour and plausibility. Don’t get me wrong. The idea of working from a real world science basis and developing a concept that will work as a story does offer a vision that is very compelling, and there’s a little buzz knowing that after all those Star Trek and Contact imaginings of wormholes, this film actually uses the equations behind the theory to offer a visual representation that is mathematically authentic. It’s the same with the science of exoworlds, the astronomical observation of planets orbiting other stars. That research has turned our understanding of planetary science on its head, which makes the worlds depicted here fantastic, mind-boggling, yet still plausible.

Interstellar fails in its basic premise, with a plot hole so obvious that I was left looking for a desk to slam my head into. Early on in the film, the challenges facing our pioneers are presented as two-fold. One is finding another planet for humanity to colonise, and the second is solving the problem of gravity that is limiting mankind’s ability to leave the planet. It’s how rocketry works. To get a small mass into Earth orbit, you need many times that mass in fuel to get it there, using disposable, multi-stage rockets, strap on boosters, external fuel tanks, all making it uneconomical for people to leave Earth en-masse. That’s demonstrated with the launch at the start of the journey, the Ranger vessel atop a multi-stage rocket. But subsequent events in the film, the size, range, and abilities of the Endurance mothership, its Rangers and Landers put the lie to that second problem of gravity. It’s obviously one that they’ve already solved. Given the way the story develops, it’s a plot hole more impressive than the wormhole.

The other issue with the film is the balance between inspiring people with a futuristic vision, and sparking the imagination with what the story doesn’t tell. Only Interstellar tells you everything, it leaves nothing to the imagination, no enigmatic mysteries to ponder, no debate to be had after the end credits roll. It has an explanation for everything that occurs in the film, no matter how bizarre, and it leaves you thinking that Interstellar just elaborated and finessed one of the major plot devices from the Bill & Ted movies. 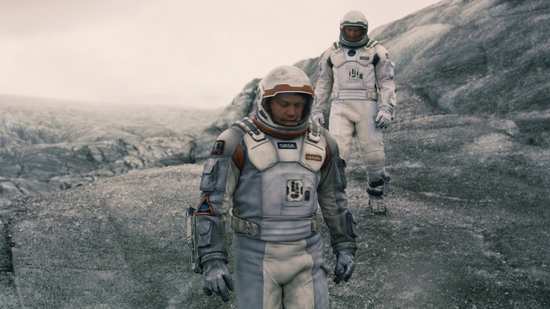 Thankfully the human story in Interstellar is more than enough to carry the film. You have the intellectual debate which becomes personal through the film, weighing the survival of humanity as a species against the human urge for individual survival, loyalty to family and community, and continuity of spirit. On top of that you have Cooper’s family, his abrupt departure, and acrimonious goodbye to his daughter Murph, with a promise to return, and the effect that deep space travel, and time dilation has on that relationship. There are also moments of conflict in the film that add to the drama and tension. The film has an emotional strength at its core that makes it watchable, enjoyable, and entertaining, and are enough for you to forgive its plot holes and contrivances, although I’ll never rid myself of the niggling suspicion that Disney did it better with The Black Hole.