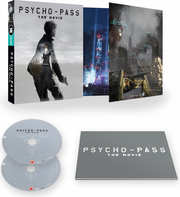 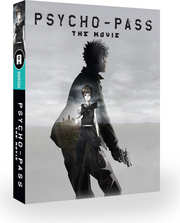 Synopsis:
Psycho-Pass The Movie is set in a futuristic Japan. The Sibyl System is charged with keeping the peace. Using extensive surveillance and biological monitoring to gauge the likelihood that individuals will commit a crime, the police are able to use weapons called Dominators to remove potential criminals from the population before they become a problem. Confident with the success of the System within their own borders, the Japanese government has begun to export the technology to other countries, planning to ultimately spread the System across the globe.

When the state of SEAUn brings the Sibyl System in to test its effectiveness, it becomes a haven of peace and safety—for a time. Eventually, terrorists from SEAUn begin appearing in Japan, somehow slipping through the System’s security and attacking from within. Desperate for answers, Inspector Akane Tsunemori is sent overseas to bring the terrorists to justice. But when her investigation forces her into a standoff with an old ally, will she be able to pull the trigger? Find out in the feature film of critically acclaimed series PSYCHO-PASS.