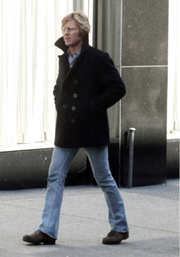 DVD
Three Days Of The Condor (US)

Three Days of the Condor 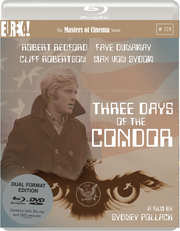 His code name is Condor. In the next twenty-four hours everyone he trusts will try to kill him.
Certificate: 15
Running Time: 117 mins
Retail Price: £19.99
Release Date: 2016
Content Type: Movie

Synopsis:
Robert Redford and director Sydney Pollack teamed up for their third collaboration on Three Days of the Condor, a sinuous tale of deceit and corruption, as well as one of Hollywood’s finest conspiracy thrillers of the 1970s.

Redford stars as Joe Turner, a junior analyst in the C.I.A., scrutinising published texts from around the world for coded messages. But once he discovers an unusual anomaly, his own existence comes crashing down, with every error carrying fatal consequences.

Taught and engrossing, with astonishing modern-day relevance, and fabulous supporting turns from Faye Dunaway, Cliff Robertson, John Houseman and the great Max von Sydow, the Masters of Cinema Series is proud to present its first ever home video release in the UK in a new special edition.