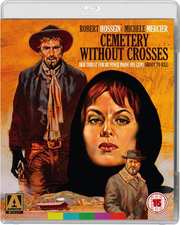 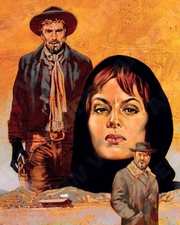 Review for Cemetery Without Crosses 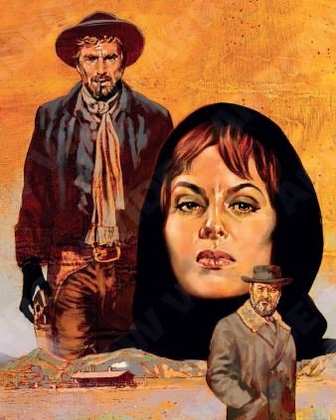 ‘Cemetery Without Crosses’ (aka The Rope and the Colt) is a French take on the Italian Western, itself a homage to the U.S genre, and was filmed in Spain with a bunch of actors from, well, all over really. It sounds like a recipe for disaster. To the contrary, despite all the odds, it’s a superb film and an absolute classic of the genre. If you like Sergio Leone’s work then, frankly, you’re going to love this too.

The film was very much the brain-child of Robert Hossein who, obsessed by the western genre since childhood, and a huge fan of second wave Italian westerns, he pushed to get this one off the ground. He also co-wrote, directed, and starred in it and did a fantastic job on all counts. Playing it like Clint Eastwood’s ‘Man with No Name’, he’s an enigmatic lead who gives little away though arguably there is more warmth in his eyes than Eastwood's classic cold stare. 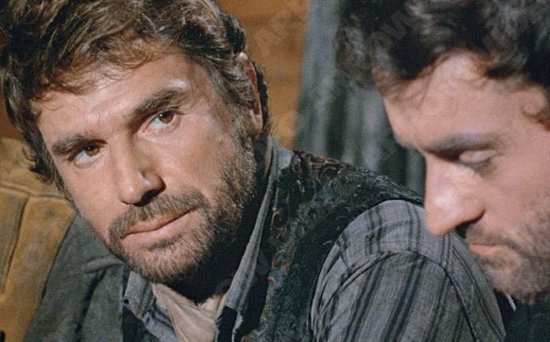 The film opens in brutal fashion, and then rarely lets up for the remainder. Ben Caine (Benito Stefanelli) is chased by a ruthless gang and then hung in front of his own wife Maria (beautiful French actress Michèle Mercier, ‘Black Sabbath’) who is cruelly left by the gang to bury him in their remote homestead.

The gang turns out to be a notorious family (the Rogers) who seem to be able to get away with murder, ruling the territory through force and fear with the law in their pay. That doesn’t stop Maria seeking to avenge her husband’s cruel death. She tries to get an old family friend to help (there is a photo of him in her home standing with her and her husband) but Manuel doesn’t seem too keen. When he realises that she’s serious and that she’s going to avenge her husband with or without his help he decides he’s in.

He begins by joining the gang. He does that by shooting a couple of upstarts who are (probably hopelessly) challenging members of the family in a bar. As a result he’s brought into the family which is comprised of about ten men and a single girl, all ruled by their domineering and wifeless father. He’s deadly quiet, giving nothing away, and the atmosphere is strained as he joins them for a family meal. 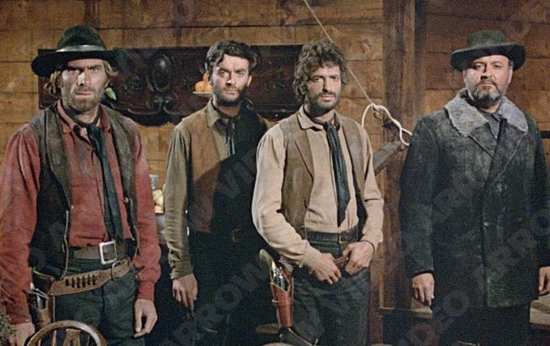 Biding his time, he kidnaps the daughter and so Maria begins a ruthless game of cat and mouse to avenge her husband.

The film is superbly directed, much of it out in the arid plains of Northern Spain. There is great tension throughout the fight scenes, of which there are many. It’s a wildly entertaining film, feeling very short for its 90 minutes.

Some may gripe at the shock ending which will possibly leave you feeling moderately melancholy (I won’t say more for fear of spoiling it but I’ll bet it’s not the end you’ll be expecting) though I think it was a reasonable choice given the moral balance of the tale. 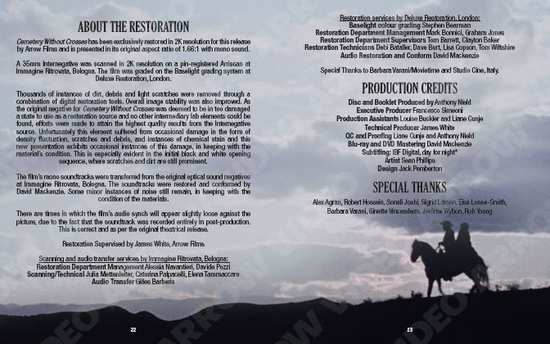 The music is fantastic. Written by Hossein’s father, a well-known composer in native France, it’s a theme that rivals (but doesn’t quite match) Morricone’s classic theme from ‘The Good, the Bad and the Ugly’. There’s also a superb track at the start which features Scott Walker on vocals.

The picture quality is excellent too – bar a few initial blemishes. It’s a brand new 2K restoration and it really shows with great detail and rich contrast and colouring. It’s so great to see second-tier releases like this get the Rolls Royce treatment by Arrow. It makes it such a pleasure to watch.
Audio choices are Italian or English (uncompressed PCM mono 1.0) and you’ll be getting a partially dubbed version whichever way you go! English subtitles are available for both. For the sake of this review I elected to watch in English which, once you get used to the words not quite matching the lip movement, was very acceptable.

There are also some worthy extras (well, this is an Arrow release after all) including archive interviews with Hossein shot on location at the time of filming and an excellent contemporary one, where his enthusiasm for the film, and Sergio Leone as the master of the genre shine through. It’s also interesting to hear how Dari Argento was involved in early script-writing for the film, something he has denied since. 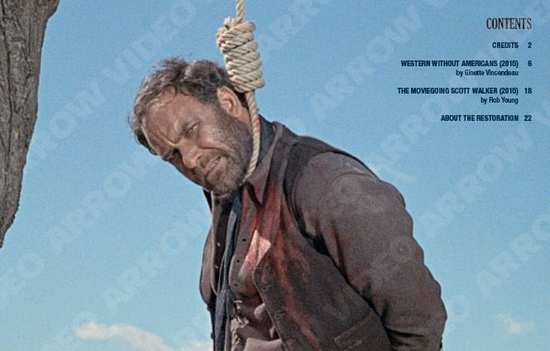 Also included is an archival French news report which features brief interviews with Hossein and Mercier.

As an Arrow release you can expect a reversible cover (a nice touch) and an excellent booklet (from which watermarked stills were taken for this review). This contains new writing by Ginette Vincendeau and Rob Young and is great to have.

A great film and a great release and one that you’ll want to add to your collection for repeated viewings.