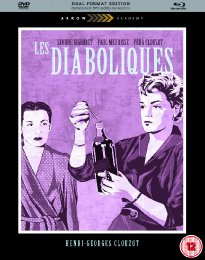 For many film fans and academics, Psycho marked the beginning of a new wave in American horror films yet it may not have been made had Hitchcock not been influenced by a French horror film by the great director Henri-Georges Clouzot, a man who had already proved himself capable of making films with incredible tension with Wages of Fear in 1953. Made two years later, Les Diaboliques was very popular with critics and filmmakers around the world but, because films were not always given widespread international releases, many people didn't see it. There is the apocryphal tale of a man who wrote to Alfred Hitchcock saying that his daughter had refused to take a bath after watching Les Diaboliques and, after seeing Psycho, would not have a shower. Hitchcock apparently wrote back with a simple solution: 'Have her drycleaned'.

Les Diaboliques is set in a French boarding school which is owned by the headmistress, Christina Delasalle, and her husband, Michel, the tyrannical headmaster. Christina has a weak heart, a condition which isn't helped by Michel's emotional and physical abuse and his philandering with a colleague and friend of hers, Nicole. Both Nicole and Christina hate Michel as he is a generally unlikeable man who beats them both and makes the children (and staff) eat cheap, out of date food and generally treats his colleagues, including his wife, like dirt. 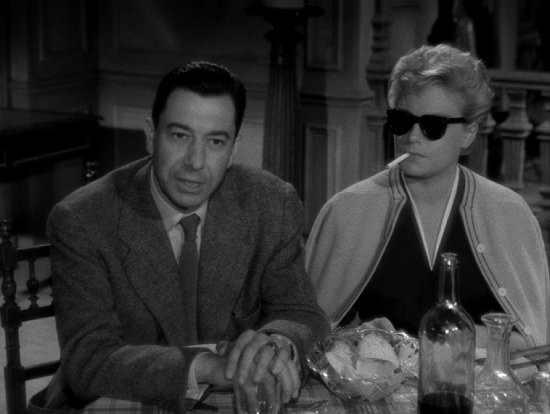 Nicole has a solution to this problem which will benefit Nicole immensely: murder Michel. As Nicole is a staunch Catholic, she will not divorce the man who is making her life an absolute misery even though he is quite happily flaunting his affair and running the school, which she bought with her inheritance, as his own moneymaking enterprise. As Nicole is a much stronger character, a forthright woman who is able to stand up to Michel and defend Nicole against his more vicious verbal attacks, she comes up with the plan and convinces Nicole that it is the best course of action.

Just before the summer vacation, Nicole and Christina travel to the small village of Niort where Christina owns a small property, the ground floor of which she rents out to an elderly couple. Taking a large wicker trunk with them, they work out the plan and, because Christina is still a normally to go through with it, Nicole takes the initiative and arranges for Michel, who is still at the school, to call them. When the phone rings, Christina doesn't want to answer it but, when Nicole dose, covering the receiver with her hand and basically forcing the handset to Christina, she speaks to her husband and reads from a script, prepared by Nicole in which she claims to have a solicitor, has had enough of his emotional and physical abuse and wants a divorce. 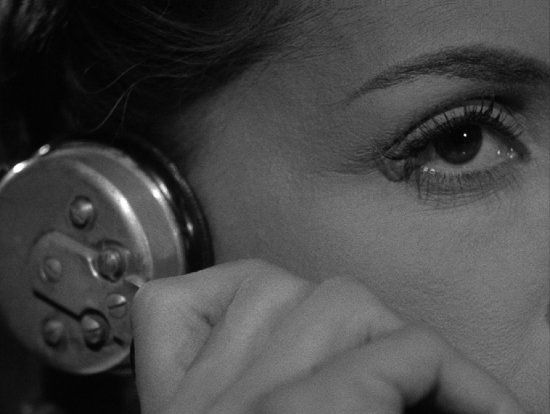 Knowing that his wife owns the school, he is desperate to avoid a divorce and is surprised by how serious she seems, given her religious convictions so catches a train that day, arriving in Niort that night. Confronted by her repeated demands for a divorce, he tries to bully her into forgetting such a stupid idea and begins drinking heavily from a bottle of whiskey that Nicole has already poisoned. When he falls asleep, the two women put him in the bath with Nicole holding his head under and asking Christina to fetch the bronze statue from the living room which she then places on his chest before covering a bathtub of and leaving him there.

When morning comes, they take the wicker trunk, which now contains Michel's body and, with help from the elderly gentleman downstairs, puts it in the back of their van and drives back to the school. When evening falls, they take the basket to the edge of the murky swimming pool and tip the body in, hoping to leave it there for the entire summer vacation. Everyone is a little perplexed when the headmaster is nowhere to be seen but Christina, now a nervous wreck, becomes extremely anxious every time someone goes near the pool and, when Nicole throws her keys to a schoolboy, a throw which falls short causing the keys to sink into the murky depths, the boy volunteers to fetch them but only comes up with the headmaster's lighter. When Nicole and Christina decide to drain the pool in order to retrieve her keys, they are taken aback when the body has disappeared. 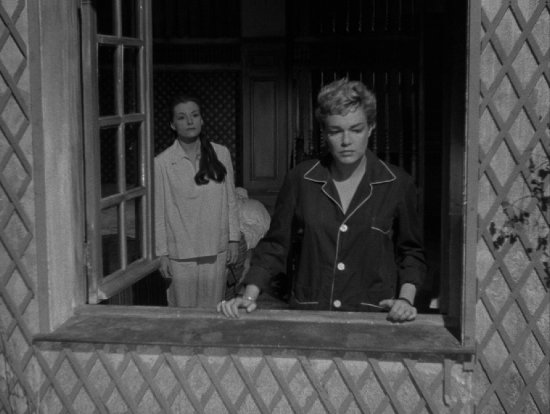 Wracked with guilt, Christina wants to go to confession or even the police and tell them exactly what has happened but, when a body matching her husband's description is found in the Seine, she goes to the morgue to see if it is him. There, once having looked at the body and established it isn't Michel, she encounters a former chief inspector, now working as a private eye, who takes an interest in the case of her missing husband and, despite her insistence that no such investigation is needed, he decides to see if he can locate Michel, saying he won't charge Christina anything if he fails. With him on the case, events take an even more mysterious turn when a dry cleaner delivers one of Michel's suits and even a message from him.

Les Diaboliques is a film directed with such intelligence and craftsmanship as Henri-Georges Clouzot was one of the finest directors who ever lived and was really on top of his game here. Whether it the lighting, the use of sound or the framing, every element of the mise en scène is quite superb and, for film academics, or those who have studied film academically, it is a treat to watch from a technical point of view. However, if neither of these applies to you, the film is a superbly crafted thriller with excellent performances by Simone Signoret and, in his brief appearance, Paul Meurisse. Clouzot's wife, Véra, is the weakest of the trio as Christina, but Meurisse makes Michel suitably evil and hateful whilst Signoret makes Nicole, the brains of the operation, a woman to be reckoned with and the scenes in which Christina challenges her authority, by acting of her own volition, are some of the most interesting.

This was famed for its endings (both of them) and ends with a title card asking viewers not to be diabolical and spoil it for their friends. Alfred Hitchcock used a similar, though more extreme, technique for Psycho five years later. Although now 56 years old and with at least one of the endings a part of popular culture (though not to the same extent as the shower scene in Psycho), I won't be diabolical and mention either of them here. 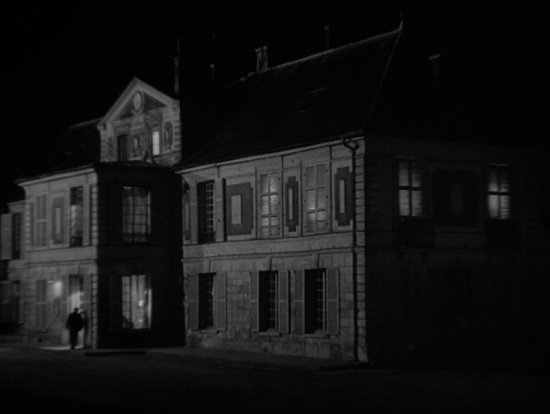 Extra Features
Les Diaboliques has never been released with many extra features but, thankfully, this dual format release remedies that with an authoritative, well researched and fascinating commentary by Susan Hayward who, as an academic, not only talks about the acting and genesis of the film, but also points out the more important framing and composition choices. It's the sort of commentary where, if you didn't know what mise en scène was before, you will do now. It is delivered as an audio essay, so there are gaps but I didn't mind these as I knew some more good material was on the way.

As she has done for several French films in the StudioCanal Collection, Ginette Vincendeau provides an equally authoritative and knowledgeable interview piece, speaking well about the film's themes, visual brilliance and its lasting appeal.

Additionally, there is a booklet containing writing by Brad Stevens and a interview with Henri-Georges Clouzot by Paul Schrader. Not only does this set to contain a DVD so, if you only have one room with a Blu-ray player and HD setup, you can watch it elsewhere in the house or, if you don't yet have a Blu-ray player and HD setup, the BD will wait until you do! There is a newly painted piece of artwork for the main cover which, due to the slipcase and reversible sleeve, can be swapped around from a choice of three vintage posters. 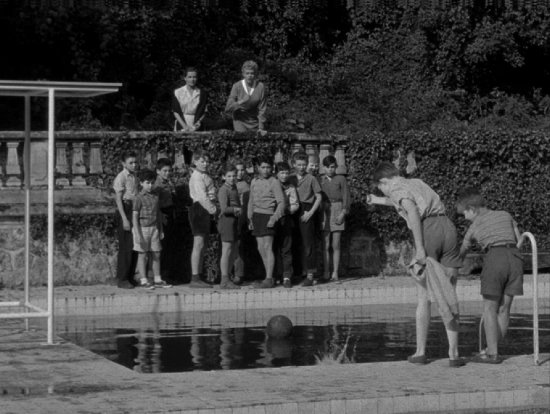 This Blu-ray Disc boasts a 1080p picture remastered from the original 35mm negative and presented in 1.33:1 aspect ratio. The IMDb states that the aspect ratio should be 1.37:1 but I couldn't see any evidence of the frame being stretched horizontally.

For a monochrome film many decades old, the most important elements of the restoration process (at the least, as far I'm concerned) are removal of the most obvious detritus, heavy grain and to ensure the contrast levels are as high as possible. Fortunately, that's exactly what has happened here as the picture is quite breathtaking with superb contrast levels which really showcase the stark monochrome photography which seems to owe something to the film noir movies (Clouzot had had made some crime films in his past).

Les Diaboliques is a film with extremely intelligent framing and mise en scène with Clouzot using various objects to emphasise tensions between various characters and, at the beginning, show the power dynamics in the group. 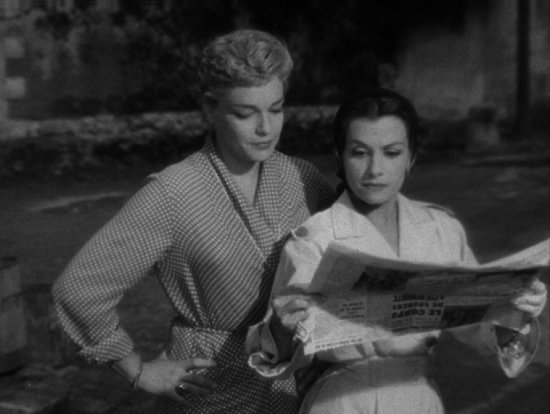 The only audio option is LPCM 1.0 mono French which is perfect for this sort of film as any attempt to make a surround soundtrack would be utterly redundant. As it should be, this track is perfectly clear providing crisp dialogue and the excellent use of sound design seems even more effective and startling than ever.

Unusually for any film, let alone a horror thriller, this has absolutely no music aside from that which place during the opening credits. Usually this would mean there would be some difficulty in creating and maintaining tension and it to Clouzot's credit that this film is so incredibly suspenseful with a scene that, at its time, was one of the more shocking and disturbing ever filmed. It may have lost some of its shock status over the years as horror films have become increasingly graphic and occasionally reliant on jumps. However, I still consider this one of the most effectively shocking scenes in the history of cinema and it remains a profoundly disturbing scene no matter how many times I've seen the film. 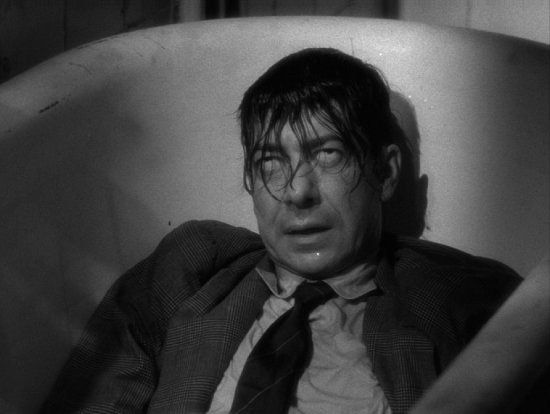 Les Diaboliques is a masterful piece of suspense and one of the greatest thrillers or horror films ever made. The direction is quite superb and the screenplay, based on the book by Pierre Boileau and Thomas Narcejac (the team who wrote the novel on which Vertigo is based, with Narcejac also working on the screenplay for George Franju's brilliant Eyes without a Face), is beautifully written with brilliant character development and an ending that, once you seen it, is so cleverly constructed that every repeated viewing is valuable and worthwhile.

However, this is one of those films that I would like to have removed from my memory using the technique pioneered by Lacuna, Inc in Eternal Sunshine of the Spotless Mind so I could watch it without knowing how it ends!

This disc, part of Arrow Films' Arrow Academy (with films including the upcoming Bicycle Thieves and Rififi) series, is an AV treat with some brilliant extra features that will please the most knowledgeable cinephile.