Manfrotto is proud to present the KLYPAPP.

KLYPAPP is the first hands free photo capture App developed by Manfrotto. Simply clap your hands to take a picture or video and share them immediately with your friends!

Once your picture is taken use the KLYPAPP functions to edit your pictures and make them look even better. Crop your pictures, enhance the colours, flip any images, adjust the saturation, contrast or exposure and regulate the sharpness level to en sure you make the most of your pictures. Use the night mode to increase light sensitivity at night, and the virtual horizon button to help stabilize your iPhone when taking pictures.

Use with the KLYP+ phone case to really maximize the photographs taken using your smartphone!

The KLYPAPP is available from iTunes for free, whilst the KLYP+ iPhone cases start from £24.95.

Manfrotto was founded in 1972, based on Lino Manfrotto’s experience, and its mission has always been to support and simplify the work of reporters, photographers and producers. The Imagine More project adds to this historical mission the idea of fuelling the enthusiasm of weekend photographers and supporting the surge of new amateurs. Part of the UK-based Vitec Group since 1989, Manfrotto has now become a worldwide presence. In its eight key markets – Italy, France, Germany, the United Kingdom, China, Japan, Hong Kong and the United States – it is represented by its own direct distribution system, Manfrotto Distribution, whereas in 80 other countries sales are handled by independent distributors. 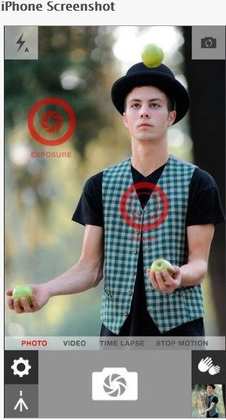