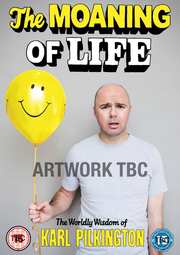 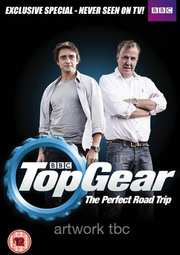 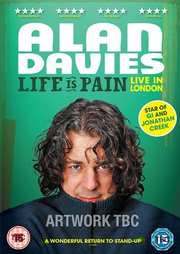 Following on from yesterday's look at what BBC Worldwide have coming our way in November, today we look at the remaining titles set to arrive on the 18th.

The first of these is DVD comedy release Alan Davies: Life is Pain, which will carry a recommended retail price of £20.42.

Alan Davies, star of BBC’s QI and Jonathan Creek, recently returned to his stand-up roots with his first live comedy tour in over 10 years entitled Life is Pain. Recorded live at London’s Hammersmith Apollo, Alan’s first live DVD in over a decade, gives viewers a glorious insight into Alan’s unique worldview. Growing up in the 1970s, childhood holidays, the vagaries of Facebook, sex toys, plastic surgery and being a father are just some of the subjects he tackles. 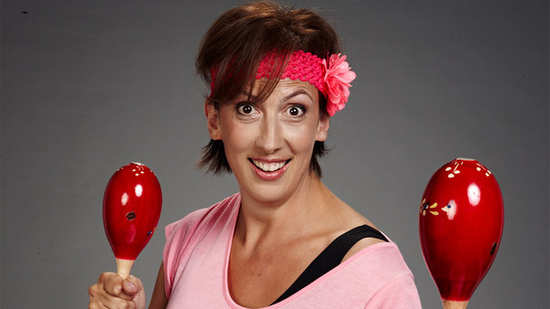 Keeping with the comedy, Miranda Hart’s Maracattack mixes the genre with fitness for an RRP of £20.42.

Miranda brings her unique brand of comedy and tom-foolery to this never-seen-before comedy and fitness DVD. Miranda Hart’s Maracattack is an authentic fitness routine but one that is wholly unique, and skilfully combines exercise and comedy.

Without giving too much away, it involves maracas, classic pop tunes, and is as much fun as a riotous camp, cheesy disco. There is no need to dread the gym anymore! The DVD also features brand new sketches where Miranda will be joined by friends Patricia Hodge, Sarah Hadland and Tom Ellis, as well as an unmissable guest appearance from Kirstie Allsopp.

Fans of Ricky Gervais probably already know Karl Pilkington quite well, so they may be interested in The Moaning of Life out on both DVD and Blu-ray for £20.42 and £25.52 respectively.

After travelling around the world to see the Seven Wonders, experiencing the ultimate things to do before you die, and going on an epic journey following in Marco Polo’s footsteps, Karl Pilkington is about to embark on a new series of madcap travels... but this time he’s going on journeys of self discovery.

Now Karl’s turned 40 and has officially hit middle age, it’s time for him to re-assess his life. He’s not married, he doesn’t have kids, and he’s got a job where he’s known as an ‘idiot’ and for being miserable. He’s classic “mid-life crisis” material.

As Karl attempts to put his life in order, he’ll be dispatched around the world on a crash course to find out how other cultures deal with life’s big questions. The ups and downs of Karl’s experiences will be contrasted against the beautiful geography of the countries he visits, captured on HD with stunning aerial photography.

And finally for today, two of the three car loving amigos visit both formats too on this date, Top Gear: The Perfect Road Trip will carry an RRP of £20.42 for the standard definition release, and £25.52 for the high-def version.

Paired for the first time in a straight-to-DVD release, Clarkson and Hammond embark on The Perfect Road Trip. The aim: to select the ideal mode of transport for each leg of a pilgrimage from Venice, Italy to Pau in France – home to a legendary street circuit and the origins of Grand Prix racing.