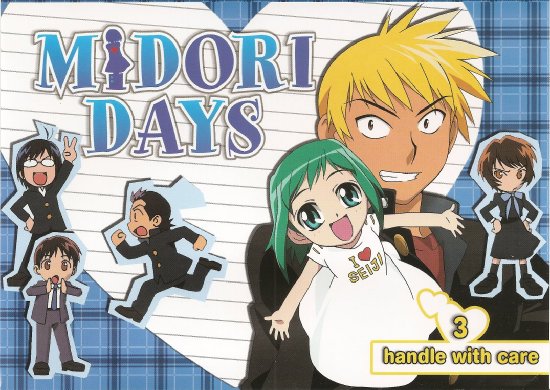 Can a teenaged delinquent and a shy girl who exists as his right hand have a happy ending to their relationship? That's the question posed by Midori Days: Volume 3, with perhaps the most outlandish premise ever conceived for an anime romantic comedy. Thus far, Midori Days has been silly, funny, and just downright weird, without ever resorting to the prurient and obscene that such a premise implies. But in the final volume of the story, events do take a decidedly unexpected turn. The story actually becomes a little serious. 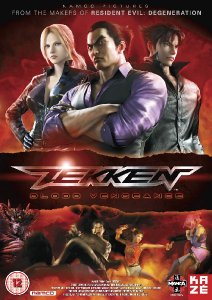 It's become one of the fundamental laws of the universe. Company makes a beat-'em-up videogame which fans love. They love it so much that the company cashes in by making a movie. That movie will suck, critics will announce its suckitude to high heaven. Fans will buy the movie anyway, will love the movie anyway, because it's their favourite game made real. I've been on both sides of this law. I loved Mortal Kombat when I was a kid, and despite how much I was told that it sucked, I still own the DVD of the movie with Christopher Lambert. But now I'm a critic, and I get to review Tekken: Blood Vengeance, the CGI animated movie of the videogame. Tekken fans will be ignoring my review in droves, and given my hypocrisy about Mortal Kombat, they'll be right to do so. 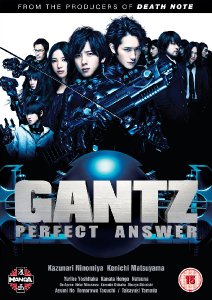 No such mixed feelings when it comes to my final review of the week, Gantz 2: Perfect Answer, as the sequel to Gantz comes to UK shores. Gantz the manga spun off an anime adaptation from studio Gonzo a while back, which didn't quite meet fan expectations. It was a story ripe for further adaptation though, and these two movies were shot back to back. Eschewing the satirical and more edgy aspects of the manga, the films play more to a summer blockbuster crowd. They do share something in common with the anime though, in that the first half of the anime, and the first movie both adapt the start of the manga. For the conclusion, the anime went its own way, which made Gantz fans sad. For the second film, Perfect Answer also creates a new, original story, but this time, it actually improves on what the first film delivered.