DVD
Watch Me When I Kill!: Shameless Fan Edition

DVD
Who Saw Her Die?

DVD
What Have They Done To Your Daughters?

So, what exactly is a Giallo?

With the first batch of Arrow's Masters of Giallo DVDs out today and Shameless Screen Entertainment preparing to release Footsteps, a little-known giallo to add to their already impressive collection, most people will be wondering 'what is a giallo ?'

The best analogy I can think of is with film noir.  Both derive from literary sources and have a rather torturous journey from inception to classification.  With film noir, the term was coined by French critic Nino Frank to refer to the dark subject matter and link to the série noire books of Dashiell Hammett, Raymond Chandler and James M. Cain.

With giallo, the term also refers to books as the murder mysteries that typify the genre were first introduced in small pulp fiction novels with yellow covers, giallo being the Italian for yellow.  The first film to follow the pattern established in the books was Mario Bava's The Girl Who Knew Too Much (1963) and Bava made several excellent gialli, particularly Blood and Black Lace.  These films involved a masked or disguised killer, normally wearing black leather gloves and dispatching their victims in elaborate and usually quite gory ways with a personal favourite of mine being in Deep Red where a woman is killed by having her head shoved into a preheated oven! 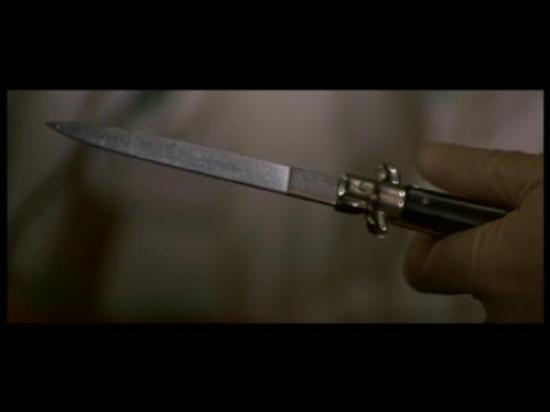 There were many directors who made giallo films, most notably Dario Argento who began with his 'Animals trilogy' (The Bird With The Crystal Plumage, Cat O' Nine Tails and Four Flies on Grey Velvet) before making genre classics such as Suspiria, Tenebre and the aforementioned Deep Red.

One other thing to look out for in a giallo is the almost compulsory consumption of J&B whiskey which bizarrely features in many films in the genre, whether it's being drunk or just featured with a bottle (or sometimes a crate!) somewhere in the scene.

The thing with film noir and giallo is that the more you watch, the more you discover and want to watch.  I've seen a lot of both and have many that I want to see or upgrade the DVDs I have to a better (and particularly uncut) version.  So when you see a horror film featuring a scene from the killer's POV and the murderer is in some way disguised and wearing leather gloves, the chances are you're watching a giallo, especially if the killer's identity remains a secret right up until the end, keeping you guessing the whole time.  In this respect, Wes Craven's Scream trilogy is heavily indebted to the Giallo movement with the elaborate disguises, gruesome death scenes and numerous suspects before the final reel reveal of who is behind the murders and why. 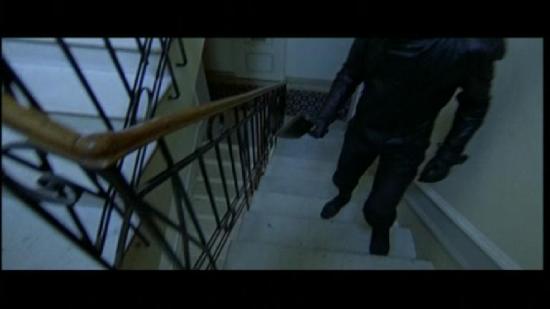 In Horror: The Definitive Guide to the Cinema of Fear, the fine book edited by James Marriott, Italian film buff Stephen Thrower identified five defining features and if you can check most of them then you know you're watching a giallo:
- Italian
- Murders
- Sex
- Sleaze
- Style

It's hard to come up with a list of five films that best illustrate what a giallo is and would be compulsory viewing for someone interested in the genre, but here goes, in date order:
- The Girl Who Knew Too Much (La ragazza che sapeva troppo), Mario Bava, 1963.
- Blood and Black Lace (Sei donne per l'assassino), Mario Bava, 1964.
- The Bird With The Crystal Plumage (L'uccello dalle piume di cristallo), Dario Argento, 1970.
- Don't Torture a Duckling (Non si sevizia un paperino), Lucio Fulci, 1972.
- Deep Red (Profundo Rosso), Dario Argento, 1975.

You'll probably find that, just as I've done, once you've found one film and director you like, you'll end up wanting to see more and more films by other directors such as Sergio Martino, Sergio Pastore, Silvio Armadio and Andrea Blanchi. Really though, Dario Argento is probably the greatest exponant of giallo films and his output is tremendous. I've only been watching these films for a couple of years and have spent a lot of money on a lot of DVDs and see no end in sight - some things are just addictive!

I'd always understood "Giallo" movies to be something of a rite-of-passage for adolescent Italian teenagers - if they could sit through one without screaming, puking or subsequently wetting the bed, they were a man, my son.  If not, they were giallo (or at least had a giallo streak down their back).
posted by Mark Oates on 29/9/2010 00:03