Article
Hush out in July

Pedro out in July 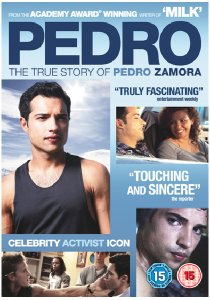 "Touching and sincere" - The Hollywood Reporter

A Cuban immigrant, Pedro was an A-grade student and a devoted son and brother. At 17 years old, after donating blood to the Red Cross, he discovered he was also HIV-positive.

Frustrated and scared, he chose to become an activist and educator. The San Francisco season of The Real World was the perfect opportunity to spread awareness about HIV/AIDS. Pedro understood that he could reach more people in one episode of the show than in a year of speaking engagements.

While is openness endeared him to producers, housemates and audience alike, it antagonized many others. Yet the exposure brought Pedro worldwide recognition and for millions of people: he was the only person they knew living with HIV.

From Dustin Lance Black, the acclaimed, Oscar winning writer of MILK comes this passionate, inspiring and life-affirming true story of an accidental celebrity and his brief but globe-changing turn in the spotlight.


SPECIAL FEATURES:
An introduction to the film by former US president Bill Clinton