The world didn't end last week, George Lucas didn't re-edit Star Wars to stop Greedo from shooting, cheese free pizza wasn't invented, and ADV didn't put a large catalogue of anime on Crunchyroll for the world to appreciate. It was a close thing for the latter though, as last Wednesday, I wandered over, digitally speaking, to take a look at the various options open to viewers on ADV's Crunchyroll annexe. There were five series and three feature films to choose from, and after sampling an episode, I was all jazzed to share the news. Then on Thursday, when I went back for episode 2 of Angelic Layer, it turned out that someone hadn't been reading their contracts again, and now all the shows had been region locked for US audiences only. You know that bit in Ghostbusters 2 where Egon wonders what will happen to a little girl once they take the cute puppy away? Yeah, that's the feeling.

News That Did Happen

Fortunately there is some news about online anime to appreciate. Funimation are gearing up for the new season and the debut of more new anime in the US, and to coincide with that, they are streaming the first two episodes of Ouran High School Host Club, and the first four episodes of School Rumble: Season 2. These are the dub versions, and expect more sample episodes of other series to be streamed to the world over the next few weeks. Click here to wander over and start viewing.

News That Will Happen

Crunchyroll's era of free and legal anime began earlier this year with two Gonzo series, The Tower Of Druaga - The Aegis of Uruk, and Blassreiter. The less said about the latter, the better, but Druaga was a thoroughly enjoyable RPG romp that ended far too soon, leaving viewers wanting more. Well, more is coming, and a lot sooner than expected. According to the a link to a Japanese website on the AnimeOnDVD forums, The Tower of DRUAGA - The Sword of URUK is destined for January 2009. If there's any justice, Crunchyroll will give it the same treatment as the first series.

News That Has Happened, It Just Doesn't Know It Yet

Trickling out from the offices of Manga Entertainment is the official press release regarding their licensing deal with Funimation. Eyeonanime have the text of it, and as well as confirming what we already know, that Manga will be releasing Funimation titles in the UK and Ireland, there is an intriguing list of titles previously unmentioned. We can now look forward to Darker Than Black, Claymore, Negima Season 2 (The re-imagining), Ouran High School Host Club, Sasami, and Save Me Lollipop. You can sign me up for Darker Than Black right now…

Manga's partnership with Funimation kicks off later this month with the UK debut of xxxHolic, followed by Black Blood Brothers, Ghost Hunt, Always My Santa, Baldr Force EXE, and Jyu Oh Sei later this year, and early next. 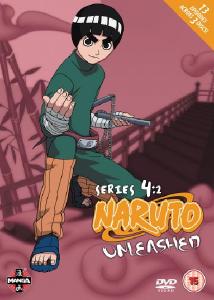 Just two hits of anime last week, to keep the old engine ticking over, but when one of them amounts to three discs of anime, it's not as if I've been resting on my laurels. Last Tuesday saw the UK reach triple figures in Naruto episodes. I can't think of any other anime series that has lasted that long on DVD offhand, and Naruto seems to be sustaining its popularity, if not increasing it. We may be in for a bumpy ride though, as volume 4:2 is getting awfully close to that point where the anime creators outstripped the manga producers in terms of story. 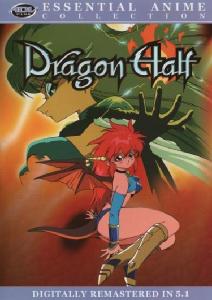 Then on Thursday, I got to enjoy some old school anime in the form of Dragon Half. Half by name, half by nature, as of the projected four OVA episodes, only two were ever made. Not the greatest of advertisements, but while Japanese audiences were left cold, it was the US audience that took it's anarchic humour to heart, declaring it a cult classic, and ensuring it lived on and proliferated through those old fansub videotapes. Then around 2000, ADV got a cast together to dub it, and 'the funniest anime ever' made its DVD debut. I took a look at the Region 1 disc, appreciating the skewed take on the Dungeons and Dragons genre.

Naruto 4:2 has been put back a week or so, but will be released by Manga Entertainment on the 20th of October. ADV released Dragon Half so long ago, both in the US and the UK that you have to blow the dust off the disc like it's some revered relic.

Fantastic news (and no news) update Jits. Just one question...does xxxHolic refer to the sort of addiction I think it refers to?!
posted by Stuart McLean on 13/10/2008 20:35
I was going to point you to my review, but I forgot I'm stil writing it. *oops*