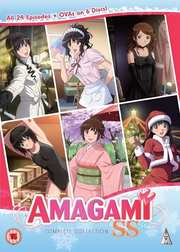 MVM are bringing us two epic anime in a row both of which are adapted from videogames. I’ve just finished reviewing the second season of Little Busters (and there is an OVA series to go), which was adapted from a visual novel from Key. MVM are also bringing us Amagami SS, followed by its second season Amagami SS+, which is adapted from the ever popular dating simulations, which are a little more straightforward compared to the romantic dark mysteries that Key/Visual create. You have a choice of romantic partners to pursue, and you follow that romance to its conclusion through the game, before starting again with another partner to reveal another story in the game. That’s usually a pain to adapt into an anime, where you’re watching, not playing, and you usually get just the one narrative. The usual solution is to have as much interaction with the other girls without compromising the romance with the ‘favourite’ girl. That way you at least get a flavour of the characters. Either that, or go full on harem comedy, where there is no conclusion, just a badly battered central male character all the way through the story. 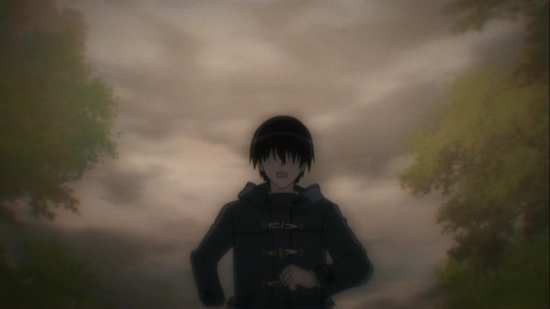 But there is the seldom used, ‘cake and eat it’ approach to adapting dating simulations. Up until now, I had only seen it done once, in Photo Kano, which set up the storyline in the first couple of episodes, and then devoted an episode apiece to the main character romancing one of the girl characters to the inevitable conclusion, before resetting the story in time for the next episode to start all over again. Amagami SS follows this approach as well, although with six girls for the male character to romance, and a 26 episode series run, they actually get a disc apiece for their respective stories to run through, arcs four episodes in length, plus two OVA episodes. 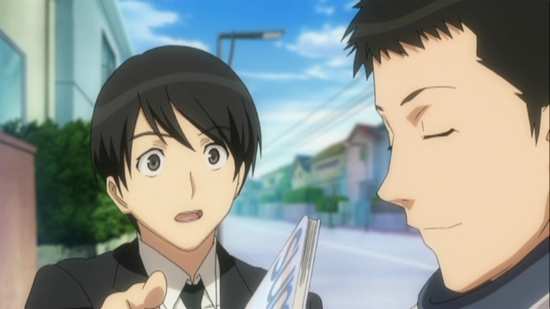 Two years previously, Junichi Tachibana asked a girl out on Christmas Eve only to be stood up. That’s a trauma that has stayed with him ever since, making Christmas his least favourite holiday, and making him swear off girls. Only now in high school, his broken heart has healed enough for him to contemplate trying again. As another Christmas approaches, is he destined for heartbreak once more, or will he find true love this time? 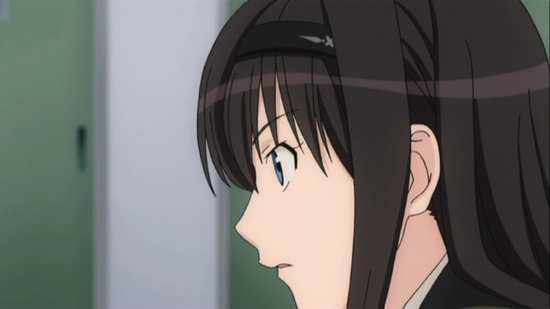 26 episodes of Amagami SS are presented across 6 DVD discs from MVM. The show is also available on Blu-ray if you choose. 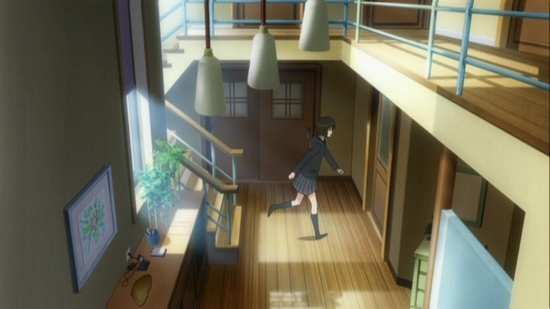 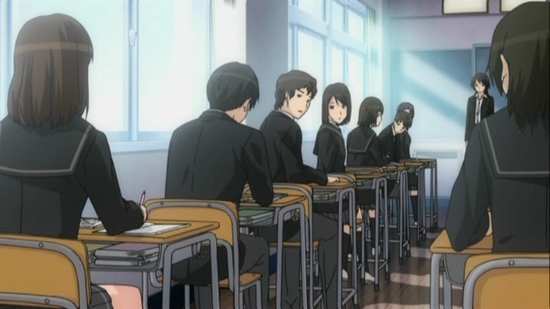 Amagami SS gets the usual 1.78:1 anamorphic NTSC widescreen transfer, which on these discs is progressively encoded. It’s a nice, pleasant looking show, which puts the work in to accentuate the aesthetic qualities of its female characters, as you would expect from an anime adapted from a dating simulation. The protagonist, Junichi is fairly nondescript, a useful viewer proxy, while the girls get to express their personality through their appearances, what they wear, and how they are animated. The character designs conform to what you’ll expect from anime, the world design is fairly detailed and the animation does what it needs to get the story across. There are moments that do catch the eye, but this is hardly a top notch animation. 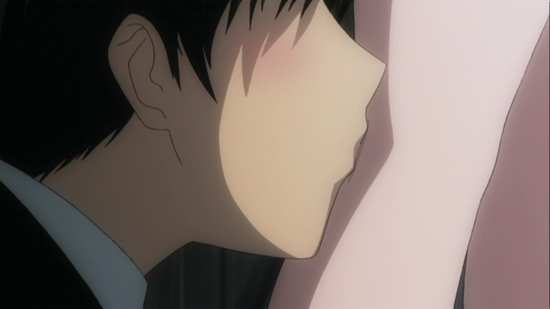 You have a DD 2.0 Japanese audio track with optional English subtitles. The dialogue is clear, and the show’s music and occasional action sequences come across well, the stereo offering a fair bit of space to the audio. The subtitles are timed accurately and free of typos for the most part. I noticed one error in episode 11, where the word “slowing” was used when “slowly” was more appropriate, and in episode 23 at 17:10, a subtitle caption is delayed too long and then flashes by. 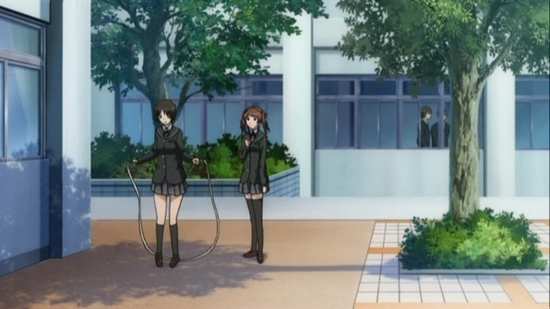 The discs present their contents with static menus featuring the particular girl of that disc’s story arc. The voice actresses for each of the characters recorded the theme songs for their particular arc, so you’ll find textless credits on all six discs (3 sets on disc 6 given the credits for the two OVA episodes as well). You also get jacket pictures for each disc, and translated English credits at the end of each episode. 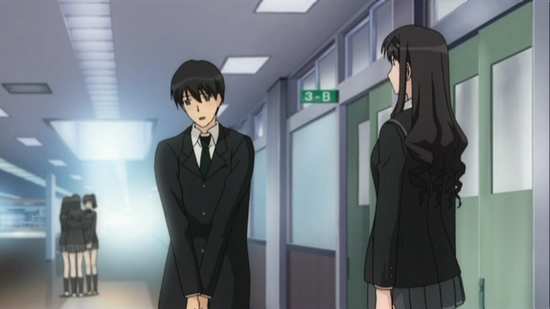 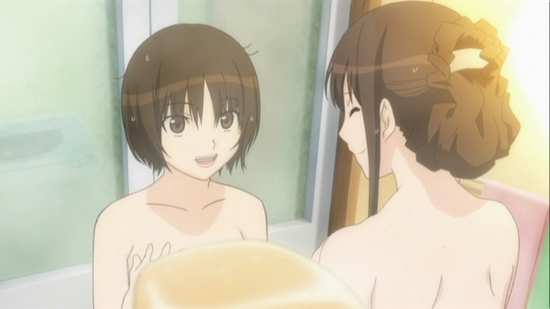 If like me, your primer to this particular genre of anime has been Photo Kano, then you’ll be forgiven for approaching Amagami SS with more than a degree of hesitation. Photo Kano was crass, exploitative and utterly disposable, with so little time given over to the characters’ ‘romances’ that they felt cheap and nasty... and then they did the little sister episode. Amagami SS has a bonus episode featuring the little sister of the main character, but thankfully it doesn’t go there. It also spends enough time on the romances, four episodes each that they feel like genuine, appreciable stories rather than 20 minute gimmicks. Amagami SS is pretty good, it’s entertaining, the characters are likable, and you will get a good feeling watching the show. 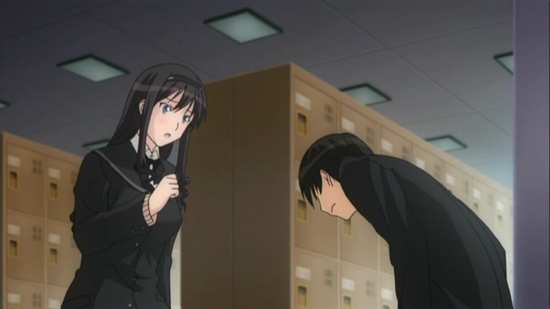 There’s also enough time to develop each romance in different directions, and develop the characters in different ways too. It has the benefit of making each of the six stories unique, with something different to offer each time. The starting point is the same each time, with protagonist Junichi Tachibana nursing a broken heart for the last two years, ever since he got stood up for a Christmas date, and now coming around to the idea of trying again with a girl. 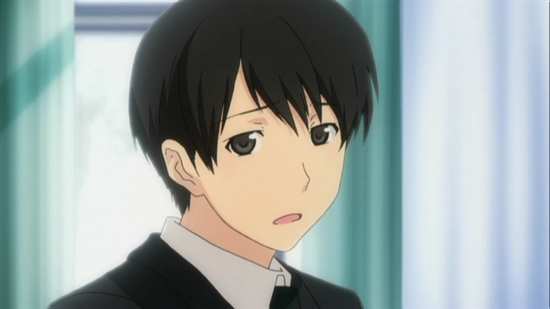 First up is Haruka Morishima, a fun loving girl who tends not to take life seriously, and has a somewhat unconventional approach to life. She’s the school princess, and she gets a lot of attention, but always turns boys down. Junichi falls heavily for her, and it’s the fact that he’s the first boy to actually ask her out twice that gets her attention. Then after a rest comes the next story, conveniently on the next disc. Kaoru Tanamachi is Junichi’s tomboyish friend from middle school, the girl who’s happy to tease him and goof around, and give him the odd playful punch. This time it’s the relationship changing for both of them, friendship slowly turning to love. 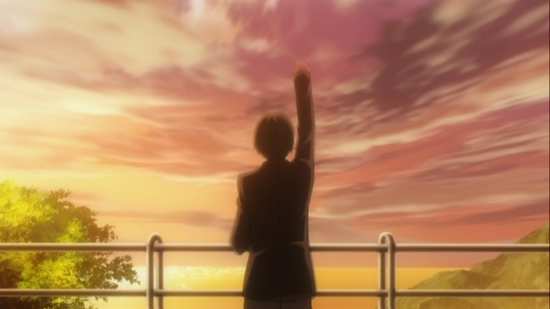 These two stories take place over the few weeks from autumn to Christmas, but there is a big change for the third story, which gets a different style as well. This one gets a comedy narrator, telling the tale of Sae Nakata. Haruka was one year older, Kaoru the same age, and Sae is a year younger, the same age as Junichi’s sister Miya with whom she is friends. Sae is a shy girl who has difficulty expressing herself with anyone, and she’s too shy to talk to her friend’s older brother. When Junichi learns that Sae wants a part time job as a waitress, he starts training her in public speaking, helping her become more confident, and naturally this process takes a lot longer than a few weeks. This time it’s Sae who develops a crush on Junichi and has to work to get her feelings across. 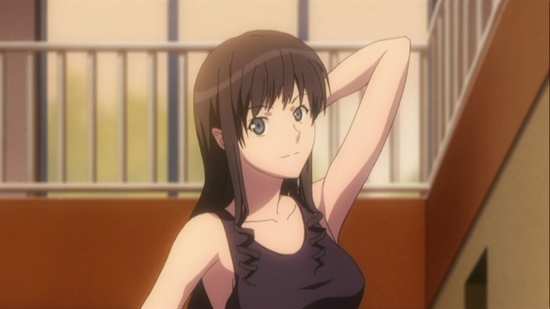 Next it is Ai Nanasaki, another of Miya’s friends, a girl with a more edgy personality, who likes to tease and wrong-foot Junichi, and who brings out the perverted and childlike side of his personality. Then it’s four episodes devoted to childhood friend Rihoko Sakurai, which in this case is a story told from her point of view, and over the space of a year. She’s a girl who is on a permanent diet, and has been in love with Junichi for ages. It’s just getting her feelings across that is difficult. 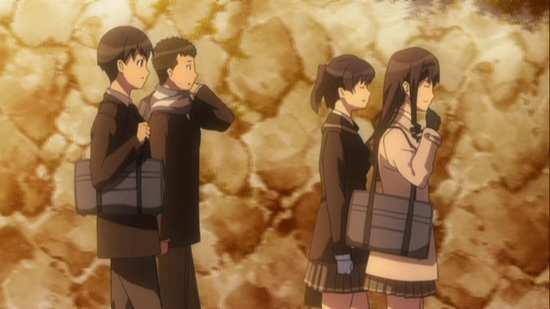 The final girl is student council representative Tsukasa Ayatsuji, and this time, it doesn’t begin with romance. It begins with Junichi trying to get away from his heartbreak by losing himself in school activities during Christmas, this time volunteering to help with the Founder’s Festival. This means working with the image of student perfection Ayatsuji, pretty much during their free time for the next couple of months, only it’s when he discovers that Ayatsuji’s perfect image is just that, an image, that he starts developing feelings for her. 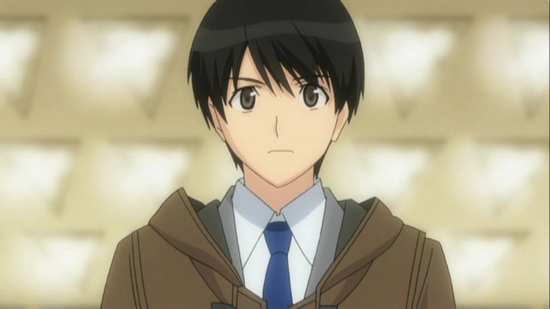 The thing is that while all of the stories have happy endings, they’re different happy endings, and it’s the differences across all the stories that make Amagami SS so watchable. Then there are the two bonus episodes. The first actually feels like a parody of the show, suddenly presenting the girls as a harem instead of six separate stories with a reset button, and offering an explanation as to why Junichi got dumped two years previously. The final episode is a celebration of sibling affection, focusing on Miya’s concerns for her lovelorn older brother, and learning that he’s not as pathetic a loser as she thought he was. You also learn the meaning of ‘amagami’. 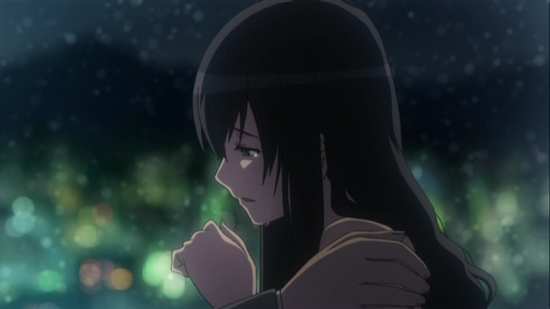 Amagami SS isn’t the best thing ever. It is a very watchable and entertaining show, if ultimately disposable. It has likeable characters, and above all decent and varied stories. Following Photo Kano, I’m also gratified to find that anthology dating sim adaptations can be done right.