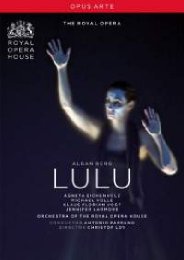 Alban Berg's music is one of the most recognisable sounds of the twentieth century, mixing the lush harmonies of late-romanticism with the more harsh and austere music of his eminent teacher, Arnold Schoenberg. Yet even using the serial techniques which Schoenberg championed, Berg still manages to engage the listener in a far more immediate and thrilling manner than if it were just a mathematical exercise. Here, many sections of the music may well be built up out of tone rows of which each note has an equal importance, but Berg manages to weave an intricate leitmotif structure throughout the music which allows the listener to pick up on familiar melodies despite the dense nature of much of the scoring. 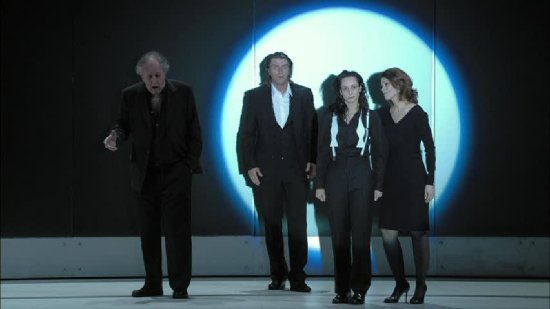 One of the most intriguing, and indeed tragic 'what ifs' of the twentieth century musical output is how this opera would have sounded if Berg had actually completed it himself. His work on Lulu was interrupted in 1935 when Manon Gropius, the 18 year old daughter of Alma Mahler, died of polio. This affected Berg so much that he composed his violin concerto and dedicated it "to the memory of an angel". The concerto also turned out to be his own memorial, as he died of blood poisoning on Christmas Eve that same year, leaving the score of Lulu unfinished.

His wife, Helene, approached Schoenberg to see whether he could complete the work from Berg's sketches and a recently drafted vocal score but he turned the offer down, and so for forty or so years until Helene Berg's death, the music for the third act was withheld.

Nowadays, the version we have on this disc, which was completed by Friedrich Cerha, is generally accepted to be an accurate realisation of Berg's practically complete sketches for the third act and so we can only wonder what might have been. 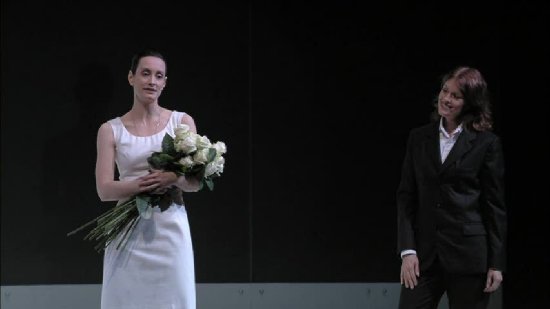 With the academic and historical stuff out of the way, a little in the way of plot description.

Berg's libretto was taken from the two 'Lulu plays' of Frank Wedekind, Erdgeist (Earth Spirit) and Die Büchse der Pandora (Pandora's Box). The following is the most cut-down version of the plot I could manage.

Prologue
We are introduced to many characters in the opera by an animal trainer. They are all part of a travelling 'animal circus'. Lulu is the snake. She has several nanes thoughout the opera.

Act 1
Lulu is married to Dr Goll, an elderly man. She is having her portrait painted. Dr Schön and his son, Alwa are also present. When Schön and Alwa leave for a while, the painter makes advances towards Lulu. She succombs and Dr Goll walks in on them. He drops dead of a heart attack.

Lulu marries the painter, who has become particularly successful. She receives many letters from many admirers, not all of whom are men. One telegram is from Dr Schön telling her of his engagement, which troubles her somewhat. An old tramp, Schigolch, visits and, as he calls her Lulu (one of only two characters who does so), is most likely her father.

Dr Schön arrives, telling Lulu that they must not be seen together now he is  engaged. He tells the painter that they have known each other since 'Mignon' was 12 (he doesn't know her real name) and that they have had an affair. The only reason the painter is successful is because Dr Schön has been buying up all his paintings. The painter disappears into the bathroom and cuts his throat. Lulu doesn't seem to mind, and tells Schön that he will marry her whatever happens. 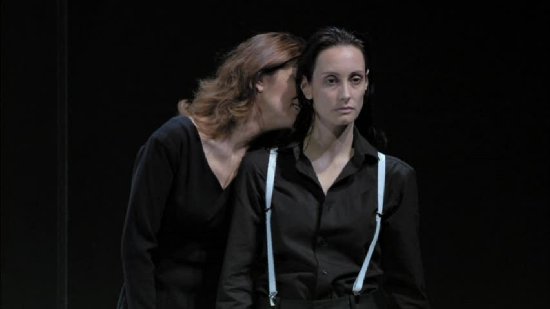 Lulu becomes a succesful dancer. She is discussing life with Alwa in her dressing room, and tells him of an African prince who wants to marry her. Lulu prepares for another dance, but refuses to go on as Dr Schön and his fiancée are in the audience. Schön goes backstage to persuade her to perform but she tells him of the African prince. He realises he needs her and so Lulu dictates a letter he must write, breaking off his engagement.

Act II
Lulu and Dr Schön are married, yet he is becoming more and more jealous of the amount of admirers she has, not least the Countess Geschwitz. She, an acrobat, a schoolboy, and Schön himself engage in something akin to a bedroom farce culminating in Schön handing Lulu a revolver and telling her to shoot himself. When he is distracted, she shoots him dead instead.

In prison, Lulu deliberately contracts cholera and is visited by the Countess, where they switch clothes so Lulu can escape. Lulu arrives back at her home, almost unrecognisable as the disease has taken its toll. Alwa, however, confesses his love for her after Lulu's seduction works its magic. She casually remarks that they are making love on the same sofa on which his father bled to death.

Act III
Still wanted for Dr Schön's murder, Lulu is attending a gambling party, at which the acrobat and a Marquis are both trying to blackmail her. She persuades the Countess to seduce the acrobat and take him away so that Schigolch can murder him. The Marquis goes to the police when he can't persuade Lulu to take up residence in a Cairo brothel.

During chaotic scenes when the party guests realise that they have lost all their money in a dodgy share scheme, Lulu switches clothes with a waiter and escapes just before the police arrive. 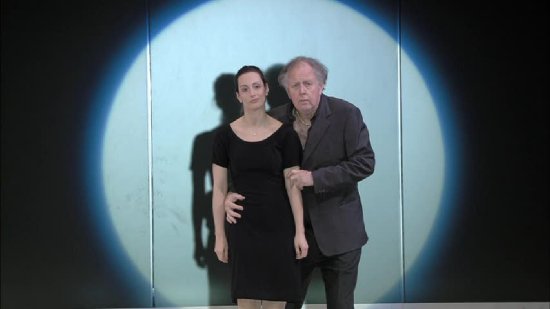 Lulu, Alwa and Schigolch are living in a slum in London, where Lulu is working as a prostitute. Countess Geschwitz arrives with the portrait of Lulu painted in Act I.

Lulu entertains three clients: an old man who doesn't say much (played by the same actor who played Dr Goll), a Negro (the Painter) who refuses to pay in advance and kills Alwa in a fight, and a final visitor (Dr Schön) who can't, or won't pay what Lulu demands, and so Lulu gives him all her money. The character is actually Jack the Ripper, and murders Lulu before leaving, stabbing the Countess on his way out for good measure. Geschwitz declares her love for Lulu before she herself dies.

At least, this is what should happen, more or less. 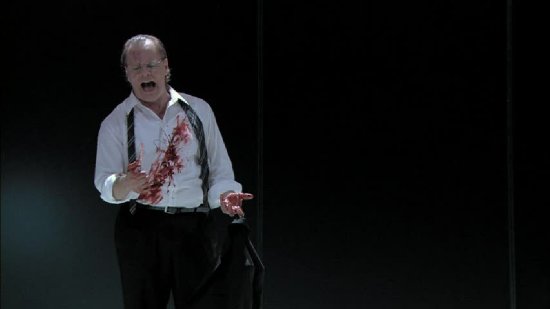 Excellent on all counts, especially the DTS track, which conveys Berg's intricate scoring at all dynamic levels, while picking up every vocal line perfectly.

The NTSC picture is as sharp as you would want, and although the production is nearly all black and white, picks up what colours there are quite naturally, showing the stark lighting to great effect.

Two shortish chats from Antonio Pappano and Agneta Eichenholz are quite entertaining in their own right, with Pappano concentrating on Berg's musical invention within the score and Eichenholz describing the efforts it takes just to begin contemplating performing the title role, let alone seeing it through to the end. 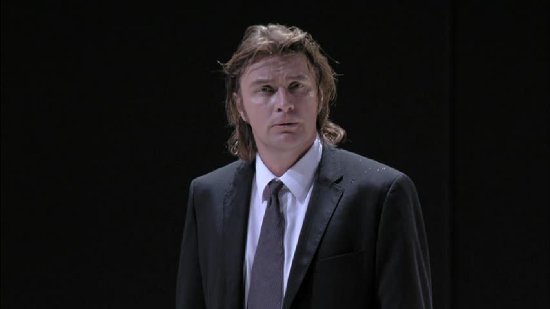 I mentioned "At least, this is what should happen", earlier on, and the comment is directed squarely at Christof Loy's production. Described by most as "austere" and "minimalist" (and you can't really argue about this), he eschews much of the 'traditional' theatrical fayre with visually arresting scenery and an abundance of props discarded in favour of an almost bare, harsh set surrounded by panels that seem to cage the performers in.

When required to hide, or 'exit, stage left' they generally face the surrounding wall. "When we can't see the audience, they can't see us".haha! Very clever indeed! Certain references within the libretto make little sense to what's seen onstage, not least the divan on which Dr Schön dies. It doesn't actually exist. Neither does the portrait off which much of the story rebounds, yet with suitable lighting and a modicum of imagination, you realise that everyone sees it in a different way, giving things a more supernatual element. 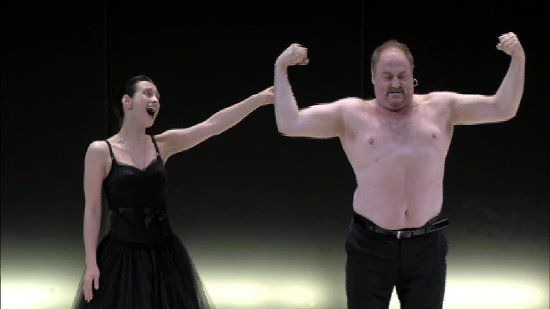 I can forgive these sorts of idiosyncrasies, as it make things interesting but when there is such blatant disregard to the composer's own wishes, then I'm afraid I have to come down on the side of those who didn't like this production at all.

First of all, there's no film in the film music. The fact that the sequence is entitled Filmmusik seems to demand the 'silent film' treatment which Berg so carefully planned. All we have here is Lulu looking thoughtful on stage.

And then there are the deaths of Alwa and Countess Geschwitz. Both of whom are killed by two of Lulu's clients, yet in this production Alwa cuts his own throat, and the Countess remains alive! As for the clients themselves, everything is a little too literal to the point of having 'the Negro' come on stage dressed as the painter with an open neck wound and covered in blood. The audience knows the clients are supposed to be representations of the men who have died under Lulu's 'influence', we just don't need to be spoon fed this idea and should be treated with a little more respect. 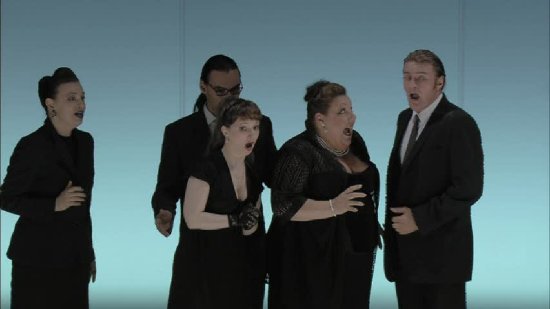 On to the music then, and here, matters are greatly improved.

The first thing that needs to be mentioned is the superb interpretation by Pappano, and the incredible playing by the orchestra. You feel immediately that every intricate detail Berg added to the score has been taken into account. Musical lines weave between each other with a clarity you don't often hear in this music, and without deliberately emphasising the lyrical nature of much of the score, it often sounds as if the music comes from 20 years previously.

The soloists are, thankfully, also excellent, with Agneta Eichenholz giving a barnstorming performance of what can be justifiably described as the most difficult soprano role in the repertoire. Her previous singing career mostly took place in Sweden singing at the Swedish equivalent of ENO and taking part in the chorus of a huge musical written by Benny Andersson and Bjorn Ulvaeus. With this Lulu under her belt, she should now be one of the most sought after operatic sopranos on the planet.

Michael Volle (Dr Schön / Jack the Ripper) is amazingly human in the role,and he and the late Philip Langridge (The Prince / Manservant / Marquis) grab your attention on stage in such a way that you can almost forget the inadequacies of the production as a whole. 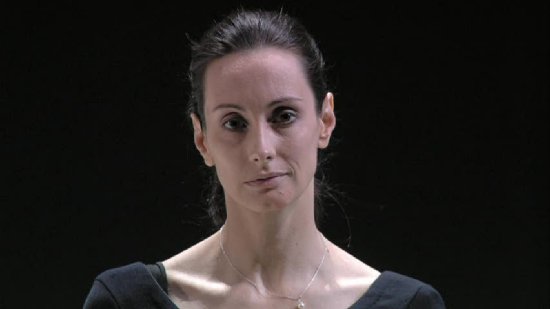 Klaus Florian Vogt's Alwa is vocally far more secure than the initial reviews of the first performance indicated (showing it's probably a good thing to wait until things settle before making a recording) and Jennifer Larmore's Countess Geschwitz sounds stunning.

A slightly retiscent Schigolch from Gwynne Howell, who was far more entertaining in the same role in the recent English National Opera production (but then so were many things were) is still a welcome change to the drudgery on stage, and a fairly ludicrous, but well sung, overweight Athlete from Peter Rose also makes up for the lack of imagination elsewhere.

It's such a shame that the Royal Opera's second ever Lulu couldn't have been more thrilling as a stage work, yet there's so much to recommend this musically that it would be churlish to ignore it. In fact, it would be well worth buying this and the Glyndebourne/Andrew Davis DVD (recorded 14 years ago, but so much more thrilling a production.and I intend to review it at some point) so as to get the best of both worlds.

As it stands, this DVD is actually a very successful recording of a disappointing production, purely because of the fact that the camera angles improve the theatrical experience and the musical performances will be very hard to beat.