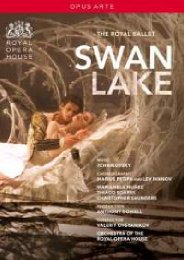 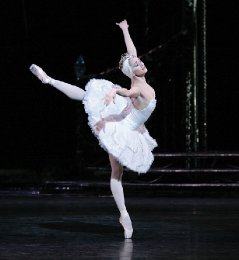 Filmed live over two nights at the Royal Opera House, this version of Swan Lake is a record of the 932nd and 936th performances of the work by this company (according to the booklet) and so
the ballet is obviously something that has been taken under this company's wing, as it were.

The plot is much the same as that within the Paris Opéra Ballet's performance (also reviewed here), although the choreography is very similiar to the original performances, with a few extras tweaks from Frederick Ashton and David Bintley.

The main difference is that Prince Siegfried is less of a dreamer, and more of a 'Jack the lad', and the magical nature of the swan transformations becomes a lot more real. The ending is also, rather dramatically, different from the Paris performance, in that von Rothbart doesn't banish Odette, leaving Siegfried to mourn his loss, but both Odette and Siegfried kill themselves to free her of Rothbart's curse. 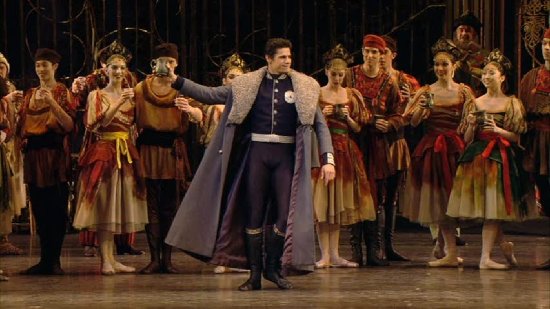 A superb DTS rendition of the live orchestral sound, which could only be improved by a better balance for the solo oboe, which tends to get drowned in a few of important places. This was probably the case 'live' but a few minor twiddles never go amiss in these circumstances.

No complaints here. The NTSC transfer picks up the various lighting effects brilliantly, and the colours are as vivid as you would want them. Yolanda Sonnabend's designs are unashamedly opulent, much like a nineteenth century Russian court would be, and the complex details of the staging and costumes are caught magnificently. 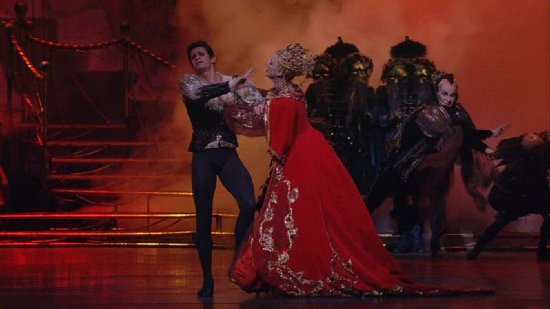 Two filmed conversations, one with Anthony Dowell on his own and one with four of the most famous dancers who have take on the role of Odette. I wondered, briefly, why Dowell wasn't involved in the other chat as well. I imagine it was just an availability issue, although my more cynical side thinks that he wouldn't have got a word in edgeways.

Having said that, both items are worthwhile additions to the disc, as they give welcome insights into both the creation of the present production, and how it feels not just to dance the huge role of the Swan Queen, but how it affects you as your life moves on from dancing and into teaching younger ballerinas to take on the challenge. 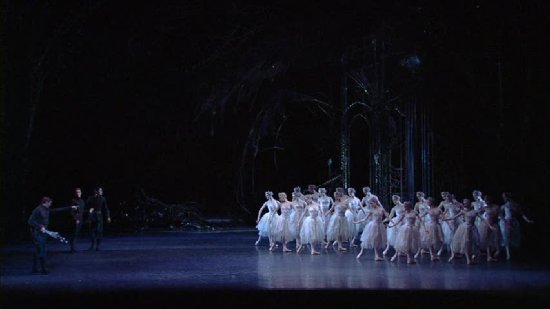 The ladies (including Marianela Nuñez) wax lyrical about the times in which they danced, and mention several of their 'wonderful' partners, many of whom I should really have known of, but didn't, and there's also a great story about Nureyev and his ill-fitting shoes which really needs to be listened to rather than quoted verbatim here.

All-in-all, one of those conversations you feel as if you're being a bit rude listening in to, but one which you would have liked to have gone on for longer, if only for more explanation as to what the 'mime' aspects of ballet actually meant. There is talk of whether the audience really knows what is going on, and I'm sure many do, but it would be nice to have a little extra stuck in one day which explains some of the gestures that are seen. 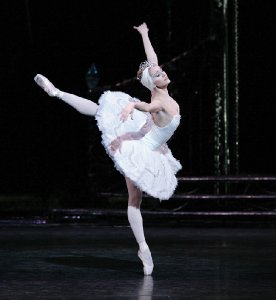 Swan Lake is one of those works which you feel you know, yet may not ever have seen, in full anyway. Much of the music is instantly familiar, and it is one of Tchaikovsky's most personal works, dealing as it does with the perfect love which isn't necessarily attainable, feelings which the composer would have been all too familiar with.

Here, the Royal Ballet's arguably favourite work is produced in its almost original form, and with a passion you would be hard-pushed to find elsewhere.

Musically speaking, the orchestra plays superbly, with Ovsyanikov giving a fairly steady tempo to most things, most especially the Act II Adagio, which was probably guided by the principal dancers. The solo fiddle playing by Vasko Vassilev is a masterclass in how to play this movement, and you would be hard-hearted indeed if you weren't moved by the violin / 'cello duet. 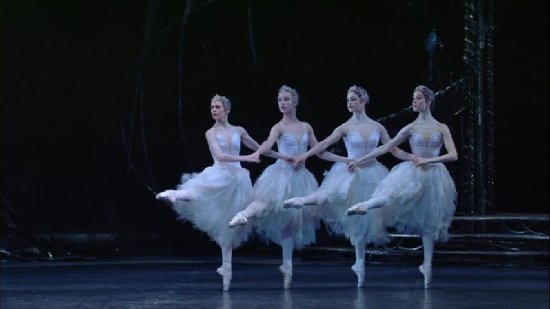 As I'm often saying in these ballet reviews, I am hardly an expert in the technique needed to pull off the steps, yet here, there's little doubt that the two principal soloists are near-on perfect for the roles.
Marianela Nuñez and her real-life partner, Thiago Soares, produce an electricity that can only come from being so close, and in a live performance you are often left gawping at the energy needed to get to the end, and even more so at the sudden peceful moments where things, quite lterally, stand still.

Nuñez has one of the most difficult of roles to dance, and she is quite wonderful. Her Odette almost screams pain and sadness out at you whilst retaining the dignity of a princess / Swan Queen, and the transformation into Odile (in what's called the 'Black Act'), the sluttish coquette daughter of von Rothbart is pretty damn thrilling. Some of the smiles she manages to throw out would make anyone fall for her. 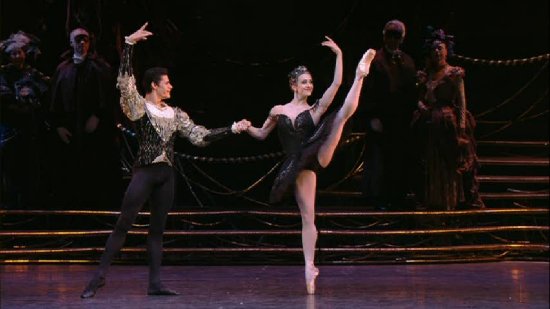 Soares manages to turn Prince Siegfried's character into a strong-willed person, rather than the daydreaming wimp often seen in some productions, and although he is mainly there to prop up the ballerina (hope this doesn't offend anyone), there is absolutely no suggestion that he is 'in second place' to Nuñez. If there is any doubt about masculinity and male ballet dancers, then you need to watch this performance, as he commands attention with every move, and the explosion of power, poise and technique in the Act III solo almost brings the house down.

A performance such as this also needs as much passion and skill from the rest of the company, and again we're not let down. Everyone who has their own little 'divertissement' is excellent, and the opening Pas de Trois from Laura Morera, Yuhui Choe and Steven McRae gives us the confidence that we are going to be for something special. Even the younger cast members (all from the Royal Ballet School) don't show any signs of immaturity, as we can see by the dancing of Isabel Lubach and Julia Roscoe as they shy away any attention by the slightly-dodgy, drunken tutor. 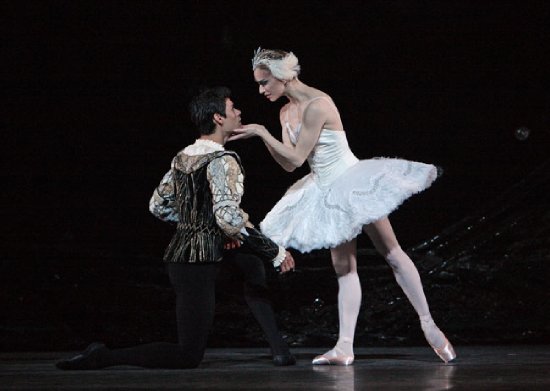 And, of course, there are the rest of the swans. Here, there seem to be a lot more than usual, but it creates a more ethereal effect and again, the use of younger dancers as cygnets is a very nice idea, although the famous dance is done by more experienced dancers.

Overall then, a very finely produced DVD of a high-point in the Royal Ballet's year. Thoroughly recommended.