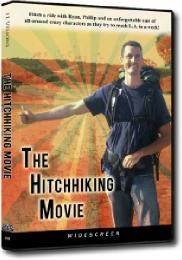 Thumb out then up...

The Hitchhiking Movie follows the journey of actor Ryan Jeanes and director Phillip Hullquist as they attempt to hitchhike across the United States from New York to Los Angeles. Along the way they meet interesting people, find out a lot about the state of the nation, and find out a lot about themselves. And they also find out about different states' interpretations of the Uniform Vehicle Code (similar to the highway code).

Codes such as this:-

No person shall stand in a roadway for the purpose of soliciting a ride.

Now it might look like that would scupper the whole trip, but "roadway" refers to the actual lanes of the road. If you are hitching from the hard shoulder/verge area, it's usually fine. Some states still take a dim view of the whole process though... 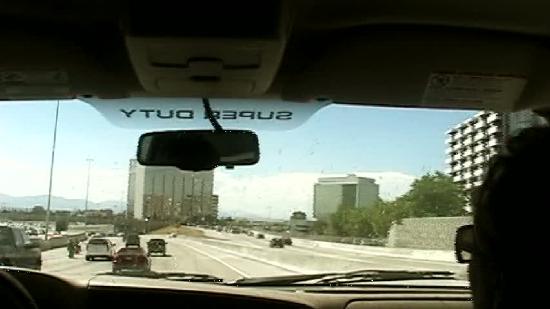 You get a 1.78:1 anamorphic widescreen transfer and a DD2.0 stereo soundtrack which are both technically fine.

There are also subtitles as it can be difficult to hear what some of the people who are giving them lifts are saying - this is because they just have some basic camera and sound equipment. Sadly there are some annoying spelling mistakes - they can't spell heroin, definitely or taxidermy. You may think I'm being too picky, as it's not like they had a massive Hollywood budget. But simple spelling doesn't require a huge budget, so there's no excuse for mistakes in my book! 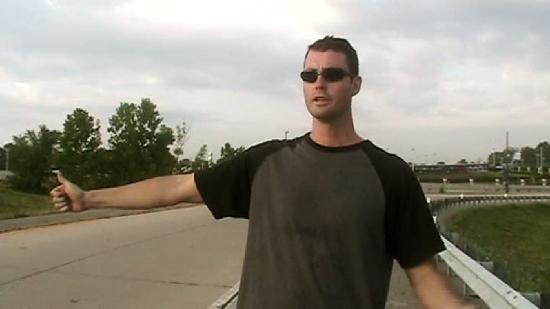 Several deleted scenes, a full length commentary which is interesting and informative, and a "drunk commentary" which does exactly what it says on the tin, whilst also having some interesting insight that's not in the other commentary. 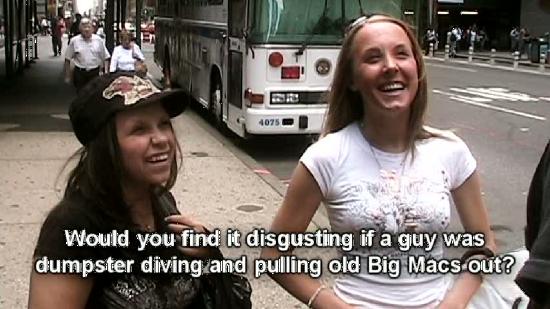 I had high hopes for this. Whilst on honeymoon in Australia, I enjoyed reading a book called Thumbs Up Australia, the story of the adventures of an enthusiastic hitchhiker and his reluctant girlfriend on their quest for the real Australia. They hitched lifts across and around 8,000 miles of Australian outback.

Similarly, the recent Dave Gorman Unchained film, where Dave attempted to drive across America without using the services of large chains, made me interested in this. And Stephen Fry's recent series on his travels around America has also left me wanting more documentary style film-making. 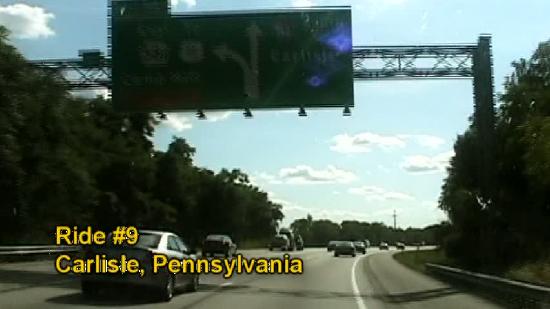 For the first half an hour, I was feeling rather let down. This had the makings of a student film project and I hadn't warmed to Ryan's slightly childish/abrasive style. But I stuck with it and was rewarded with an interesting film which had some real insight into the real people of America today. Ryan actually turns out to be a pretty good host for the journey and his personality takes a bit more of a back seat.

I'm not going to spoil things by revealing if they make their destination or not. Let's just say it's a fun ride. If you've enjoyed any of the things that I outlined in the first two paragraphs, this might also interest you. An interesting independent film.