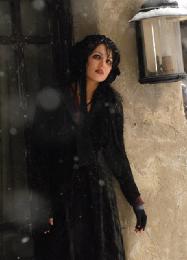 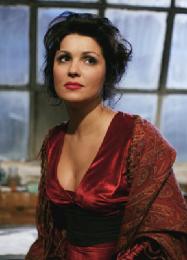 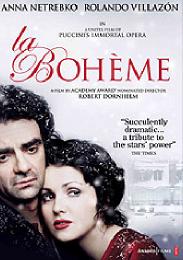 Paris in the 1830s. Four friends share a drafty Parisian garret. Though leading a life of privation, they are buoyed by good spirits: the writer Rodolfo, the painter Marcello, the musician Schaunard and the philosopher Colline. It is Christmas Eve, and they decide to celebrate in their favourite pub, the Cafe Momus. Rodolfo stays behind to finish an article. There is a knock at the door; their neighbour Mimi, whose candle has gone out, asks for fire. Rodolfo is fascinated by her. It is love at first sight!

The new lovers catch up with Rodolfo's friends at the Cafe Momus, where Marcello's former mistress Musetta turns the evening into a spirited event. The light-hearted mood of Rodolfo's and Mimi's first days together does not last, however, for Mimi develops a fatal illness. Though they agree to stay together, Mimi leaves her lover. Only when she is desperately ill and dying does she return to the garret where she once was so happy - and to Rodolfo, the man she still loves with all her heart...

'The Making of La Bòheme' - a film by Christoph Engel