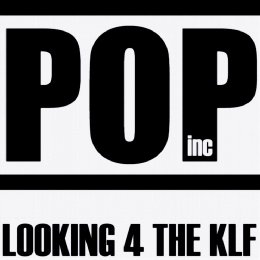 Article
Back-up Photos and Music without a computer with PlexEasy

Looking for The KLF?

Pop Inc. are a trans-Atlantic collective that is primarily based in Minneapolis and the brainchild of Brooke Aldridge, John Matthews, Neil Schultz and Uziel Nevo Gipson.  Several other personnel are also involved in this project including Ricardo Autobahn and Jenny McLaren from UK synthpop band Spray, J. Evan LeFreak, Matt "Dr." Fink and Danny Morris.  At least one of these names will be familiar to Prince fans.

So why search for the KLF?  Maybe because they were fricking awesome…

The KLF were the creation of Bill Drummond and Jimmy Cauty and had a string of hits in the early 90's and a superb album called The White Room that went completely against the dance groove of their singles.  Then they filmed a documentary showing them burning a million quid and promptly disappeared.

Pop Inc. have decided that the time is right to go looking for The KLF as the charts are full of rubbish and they want the pop genius of The KLF to save us from mediocrity.  With a spoken statement from Simon Jones (Arthur Dent in the BBC version of Hitchhikers Guide To The Galaxy), Pop Inc borrow heavily from The KLF dance template to produce a quite catchy dance track with plenty of KLF references including a rather familiar set of bleeps.  Simon Jones also makes an appearance on the b-side What Happened To The Jams?

As you might expect, Pop Inc. have also produced a video that borrows heavily from Last Train To Transcentral and is actually a rather good, albeit deliberately cheap, tribute to the British band.  Both the single edit and all the remixes are aimed squarely at clubland but catchy enough for radio as well, and I like them all (which makes a nice change) although the Ricardo Autobahn 12" mix is probably my favourite.

Looking 4 The KLF is a catchy track with a heart of pure Drummond/Cauty that may not replace The KLF in the hearts of those who knew of them, but it will more than do until they decide they want to burn another few quid…