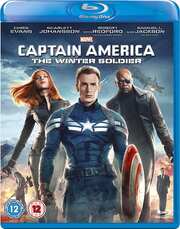 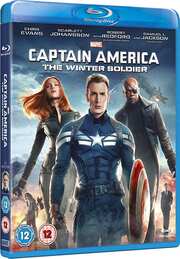 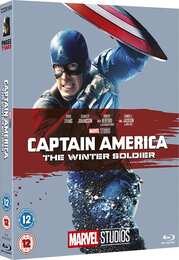 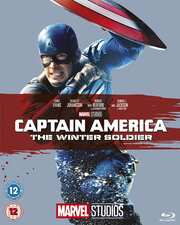 Of the Marvel pantheon of characters in the MCU movies, I’ve enjoyed Captain America the most, which is odd as when it came to the actual comics, he was one character that I was never really aware of. I think it’s in terms of the consistency and the quality of the movies that I’ve been most impressed. When I caught the hind end of the second film on a TV broadcast, it certainly struck me as more than just the average comic-book movie. Now that I’ve got my hands on the Blu-ray, I can see if the rest of the film lives up to what I saw.

Fighting against the fascists in the middle of the Second World War, demanded sacrifices and compromises to be sure, but Captain America, Steve Rogers didn’t expect the same to be true of the peace. Given that Peggy Carter was instrumental in creating SHIELD, it seemed to be the ideal fit for Captain America’s unique talents, but he grows increasingly uncomfortable with the moral grey area he is compelled to navigate on his missions. He’s quite right to be concerned too, as his past has followed him to threaten the future. An old foe has arisen again to attack SHIELD from within, and they’ll use an old friend to destroy Captain America. If he is to survive, he’ll have to become a fugitive from all that he believes in.

Captain America: The Winter Soldier gets a 2.40:1 widescreen 1080p transfer on this disc, with audio in DTS-HD MA 7.1 Surround English, DD 2.0 English Audio Descriptive, and DD 5.1 Surround Hindi, Tamil, and Telugu, with subtitles in English, Danish, Icelandic, Finnish, Norwegian, and Swedish form. It’s a decent transfer, although blacks could be a smidge richer. The image is clear and sharp, and there is excellent detail, especially in brighter scenes. And this is one Marvel movie where a lot of action and stunts are done ‘for real’ rather than relying on an overabundance of CGI. The colour palette is a tad subdued to match with the film’s ambiguity of tone. The audio is nice and immersive, the surround doing justice to the film’s action and music while keeping the dialogue clear for the most part.

You get one disc in a BD Amaray style case. After a preview for Guardians of the Galaxy, the disc boots to an animated menu. On the disc you’ll find the following extras.

Featurettes
On the Front Line: An Inside Look at Captain America’s Battlegrounds (10:11)
On Set With Steve Mackie: Cut the Check! (1:55)
Steve Rogers’ Notebook (2:26)

The Marvel Cinematic Universe films aren’t all of a kind. There are good and bad, as you would expect, and there are those films that are exceptional, in some cases surprisingly so. I certainly wasn’t expecting much from the Iron Man films, but then Iron Man 3 came up, and director Shane Black made a genius choice of switching the genre, from comic book movie to comedy action thriller, and the resulting film was a joy. Captain America: The Winter Soldier is another genre switch, this time political action thriller, and given that Robert Redford is in this film, it’s no small irony that the directors cite Three Days of the Condor as a big influence on this film. And Captain America: The Winter Soldier is nigh on that good. It’s an excellent, thought provoking thriller, questioning just what freedoms people are willing to give up in order to preserve their security, a question that we’ve been asking for over twenty years now.

It’s all about taking characters out of their comfort zones. In Iron Man 3, Tony Stark was stripped of his tech and his money, left with just his wits to challenge his foes. In The Winter Soldier, Steve Rogers has a more philosophical dilemma, as he is betrayed by the very things that he swore loyalty to. It’s a process that has progressed each time he appears, beginning with the ambiguity around the super-soldier project, tempered by the harsh realities of the war at that time. In Avengers Assemble, he had to come to terms with the fact that the freedoms that he had fought for were no longer a priority for intelligence services like SHIELD and countries that were happy to spy on their own citizens in order to protect them.

This film takes it to the next level, with SHIELD about to launch three new helicarriers that have the kind of surveillance tech and weaponry to detect and deal with any threats to national security with the swiftness of AI. That’s enough to give Captain America pause, and he doesn’t see eye to eye with the head of SHIELD, Nick Fury, especially given the mission that kicks off this film, a hostage rescue that turns into something completely different. As with any organisation, there are factions within SHIELD, and people have different agenda for the forthcoming new era of security. Only one of those factions turns out to be something a lot more insidious.

The film does a great job of building up suspense, and keeping the audience in the dark as much as possible, although given that it is a Captain America movie, certain plot twists and story directions are rather predictable. The important thing is that the sense of paranoia and isolation that the main character experiences is palpable, the thought that the world he trusts is betraying him. Thrown into the mix is the Winter Soldier, an almost legendary mercenary, who is just as strong and as fast as Captain America, but really just a guided weapon used by the villains. Until it turns out that The Winter Soldier is someone from Steve Rogers’ past, at which point it becomes a lot more complicated and personal.

There is a definite story arc in the Captain America and Avengers movies, as one by one the legs of the title character’s worldview are kicked away, building in no small measure to the third film, Captain America: Civil War. It’s one of the strongest, and more grounded of the character journeys in the MCU, and one that I really do enjoy. The Winter Soldier is a particularly strong film, which accomplished much of that with an inspired genre switch from comic book to political thriller.