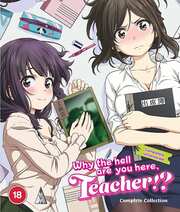 Why the Hell Are You Here, Teacher!? Collection (Blu-ray Details)

Review for Why the Hell Are You Here, Teacher!? Collection

You do realise this is illegal, right? Teachers that have sexual relations with students get rewarded with prison time. But it was ever thus, people looking for the frisson of the illicit and the taboo, if not in reality, then in the entertainment they consume. It’s all about the target audience, and the BBFC have made sure that the people watching this show are of an age not to be able to act out on any impulses provoked by the stories. Unless the audience members are in the teaching profession, in which case all bets are off. Then again, the kind of scenarios that the creators have come up with for Why the Hell Are You Here, Teacher!?, the new short form anime released by MVM are unlikely in the extreme. This is pure fantasy wish fulfilment, concocted by writers who have read one too many doujinshi. 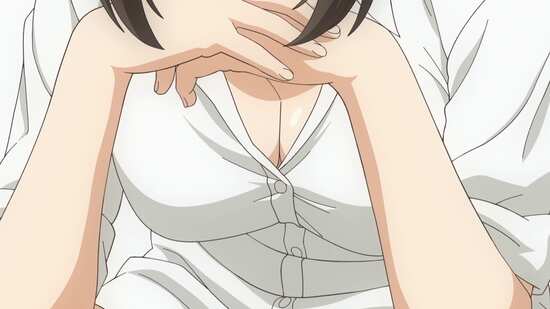 Kana Kojima is the dragon teacher that strikes fear into the hearts of all her students. Then one day, student Ichiro Sato walks into the stall with the dodgy lock in the boys’ toilet to find Miss Kojima there. On the other hand, Miss Matsukaze has been sweet on the tall and forbidding Suzuki since their first meeting, but he’s too dense to realise. Takashi Takahashi and Hikari Hazakura are childhood friends, and neighbours, but now that Takashi is in high school, Hikari is his PE teacher, and their relationship is about to change. Ko Tanaka sees his friends getting all this schoolteacher action and laments at his inability to get a girlfriend. Then he spills a can of cooking oil over the school nurse, Chizuru Tachibana. 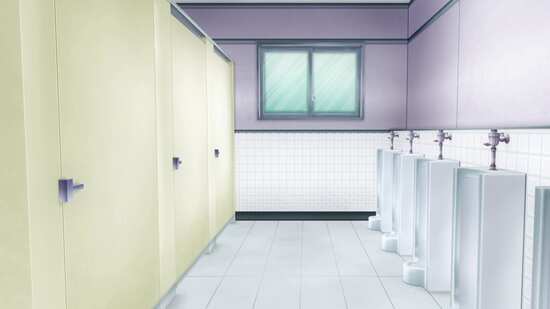 Thirteen, ten minute episodes of Why the Hell Are You Here, Teacher!? including the OVA are presented on one Blu-ray disc from MVM, episodes titled First Period to Thirteenth Period. 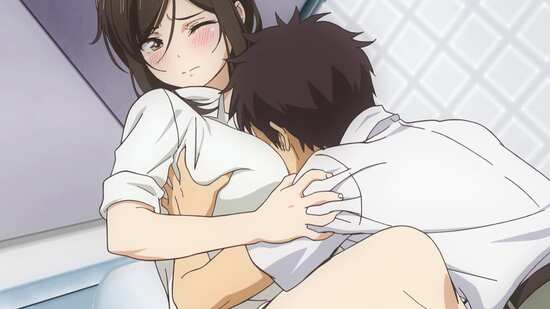 Why the Hell Are You Here, Teacher!? gets a 1.78:1 widescreen 1080p transfer on this Blu-ray disc. This is a fairly simplistic anime, certainly not one to challenge the limits of the BD format, let alone demand a UHD disc. Everything looks fine on this disc, the image is clear and sharp, colours are good, detail levels are consistent, and the animation is smooth. The character designs stay on model, and the animators put the bulk of their effort into the fan service, although in this case it goes beyond fan service, and straight into sex. If this is why you’re after this show (what other reason would there be?), then there is no lacklustre animation here to spoil your viewing experience. 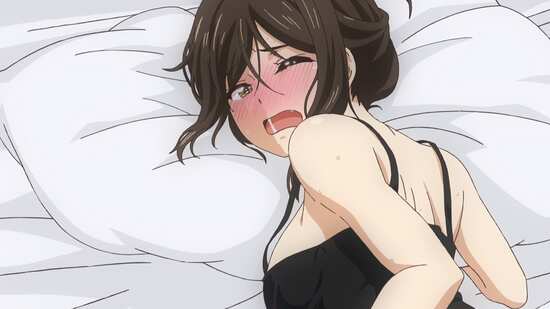 You have the choice between DTS-HD MA 2.0 Stereo English and Japanese, with subtitles and signs locked during playback. The audio is fine, the dialogue is clear, as are the orgasmic moans, the music works well with the story, and the subtitles are accurately timed and are free of typos. 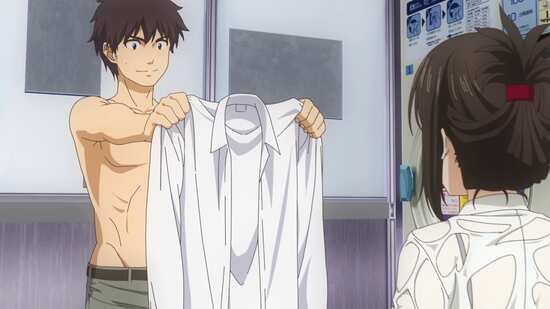 On the disc you’ll find four textless openings, thirteen textless closings, and trailers for Ao-chan Can’t Study, Love, Chunibyo & Other Delusions, Domestic Girlfriend, and How Clumsy You Are, Miss Ueno. 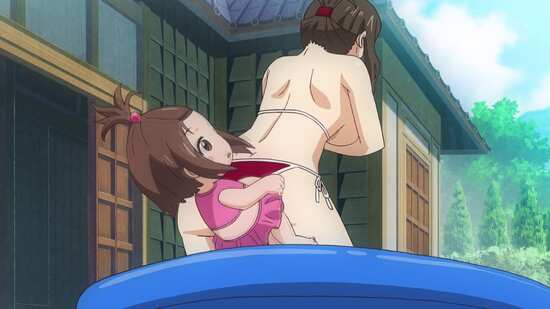 Why the Hell Are You Here, Teacher!? is funny... for all the wrong reasons. At least it’s entertaining in one way, if not the way the creators intended, and I’d much rather have laughed at this show than got bored with its pseudo-eroticism and just ejected the disc. So, that’s one thing in its favour at any rate. 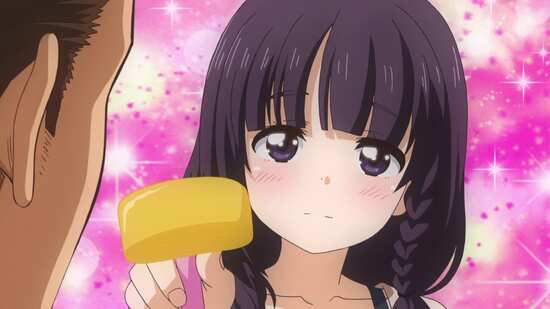 That is once you get past the show’s premise, the idea of schoolboys in relationships with their school-teachers. It does skate the bounds of good taste though, as in three of four cases, the boys are in their final year of high school, and their teachers are willing to wait until after graduation before they go all the way, but really it’s still only a sheen of respectability on a rather prurient premise. This is not a show you want to be watching when a member of the family walks in on you, which will be endorsement enough for most of the target audience. 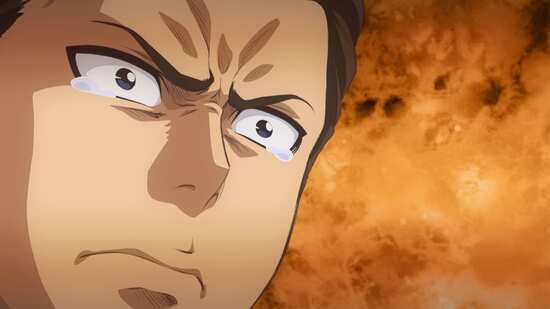 The opening four episodes establish this show’s raison d’être by focusing on one couple, fairly normal teenage boy Sato, and his strict teacher Miss Kojima, following their initial encounter in a cubicle in the boys’ toilet. Everyone tends to think of Miss Kojima as the dragon lady, extremely strict and not taking any nonsense from the boys in her class. Only once Sato has seen her in a vulnerable position, situations keep arising that reveal her softer side to him, and they make a connection. This is made easier with Kojima being friends with Sato’s mother, and with mom egging the relationship on. 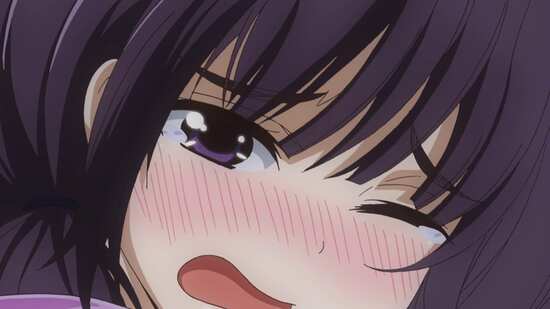 The other three teacher-student relationships develop over the last eight episodes almost concurrently, although each couple does get a focus of at least two episodes in a row. Suzuki’s the tall, foreboding, yakuza looking student that has few friends and tends to keep to himself. This time it’s teacher Matsukaze who is sweet on him, and is intent on getting her feelings across, although she has to break through a shell of denseness around him. 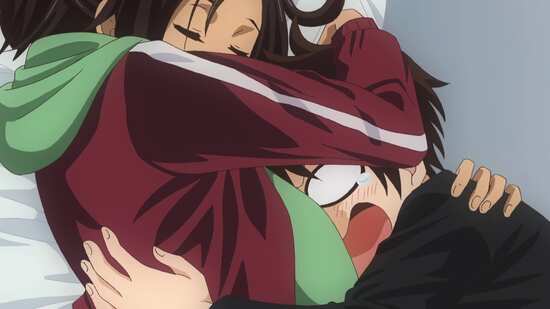 Takashi and Hikari have the background, are childhood friends that grew up together, with older Hikari often babysitting Takashi, and more often than not using him as a living playdoll. She’s tomboyish compared to his infantile cuteness, and that relationship has continued now that he’s in high school and she’s a PE teacher. Of course by this time, their feelings towards each other have started to change, and the story follows that. Finally there is Tanaka and Tachibana, the guy desperate for a girlfriend, and the grey-haired school nurse. In any show, a girl with grey hair is emotionless, and unable to understand, let alone get her feelings across, and Tanaka has his work cut out thawing the icy Tachibana. 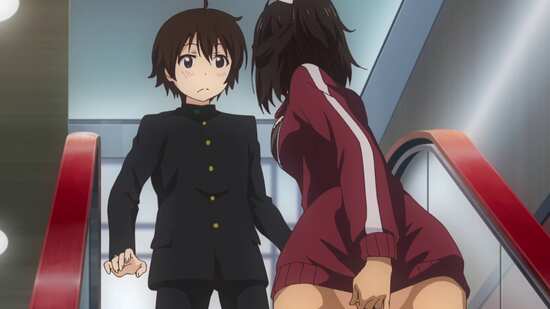 So far, so dodgy, but what this show really is about is the sex, and this is where the humour is. I wasn’t laughing at the show, I was laughing at the sheer contortions and circumlocutions that the creators went through to create their accidentally awkward sexual encounters, where try as they might to avoid it, these boys are forced into situations where they bring their teachers to orgasm (although the creators’ questionable grasp of human anatomy helps, creating erogenous zones where none have existed before). Only in a show like this would a snake bite be so conveniently aimed, that a student volunteering to suck the poison out would kill two birds with one stone. The teacher falling through and getting stuck in rotten flooring, and then getting the urge to pee... and what is it with anime like this and the erotic potential of a suppository! 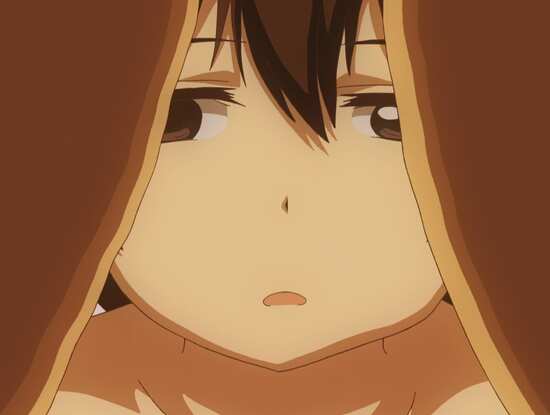 Why the Hell Are You Here, Teacher!? is bad, it’s offensive, and it gives the industry a bad name, especially in a media environment where anything politically incorrect is pounced on as evil. But the show’s one redeeming feature is that it’s funny, and it doesn’t matter that it’s funny for reasons the creators never intended.