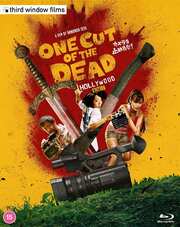 One Cut of the Dead - Hollywood Edition (Blu-ray Details) 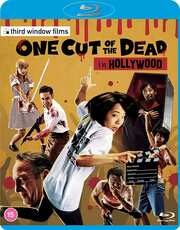 Review for One Cut of the Dead - Hollywood Edition

Sometimes I just don’t think things through. When Third Window Films announced the One Cut of the Dead Hollywood Edition, I pounced at the chance to review it, forgetting what trouble I had reviewing the film originally when they released the Limited Edition in 2019. One Cut of the Dead is the cult Japanese zombie comedy that took fans by storm when it was first unleashed on the world. For months before TWF’s release, enigmatic Twitter posts effusively praising the film deluged my feed, while saying little about the movie itself. And when I finally got to review it, I understood why, as this is a film which cannot abide being spoiled. You have to come to it completely uninformed, know nothing about it beyond the blurb, maybe even less than that, and discover its brilliance all for yourself. 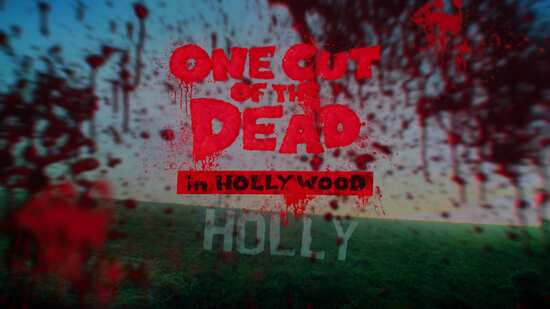 That shouldn’t be a problem now; after all, it’s been two years. Third Window Films’ two-disc, feature laden Limited Edition has long since been bought up, and the single disc release is still selling gangbusters, while if you don’t like discs, you can watch the film streamed. And yet, where most films are social media flashes in the pan, One Cut of the Dead still inhabits my Twitter feed, with more and more fans realizing its comic intensity for the first time even now. All of this means that I’m going to have to write another review for the film, without writing a review for the film. 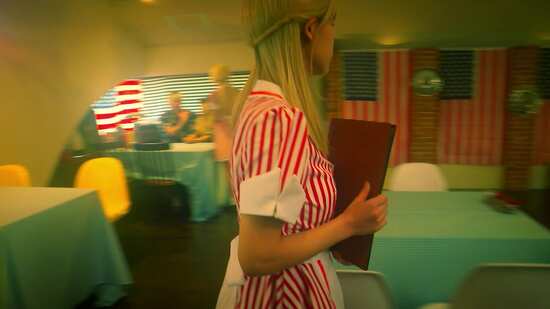 But why release yet another version? Back in 2019, I might have criticised that two disc release, as with two BD 25s, one for the film, one for the extras, it was clear that it could have all fit on the one dual layer disc, and that exclusivity of the Limited Edition meant that the subsequent single-disc barebones release might have been a little disappointing for those that had missed out. This Hollywood Edition rectifies that by using a BD50, and getting almost everything onto one disc. Apparently TWF lost the rights to the charming “Take 8” short film which was in the Limited Edition. But, there is that Hollywood Edition aspect to this release, and that is evidenced in the inclusion of the sequel, One Cut of the Dead in Hollywood. This time you get two movies. Alas there is no home media release for the lockdown inspired One Cut of the Dead Mission: Remote, but that will hopefully stay on Youtube for future generations to enjoy. 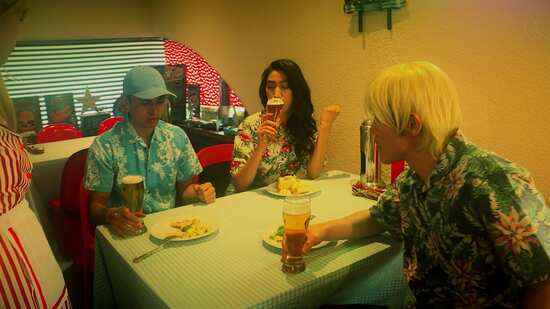 So two movies to review instead of just one... I may not be able to go into One Cut of the Dead for fear of spoilers, but hopefully I can be more descriptive when it comes to the sequel. 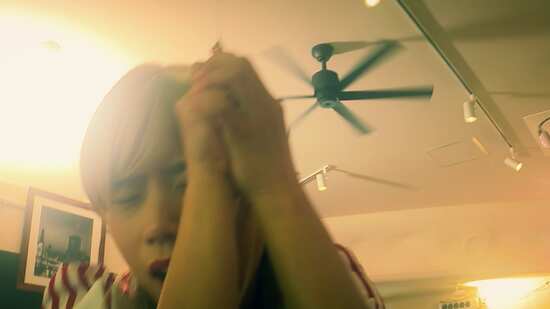 One Cut of the Dead (95:47)
An over-stressed director is trying to make a zombie movie in a decommissioned water filtration plant, but he’s not having a lot of luck getting his actors to feel the emotion. You’d think they might get some inspiration from the location; after all, there is an urban legend that the Japanese military once conducted experiments on raising the dead there. It turns out that it’s not just an urban legend when real zombies attack the film shoot. 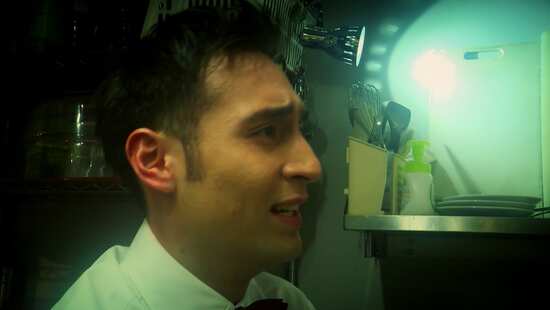 One Cut of the Dead in Hollywood (56:51)
Six months have passed since that disastrous film shoot, and survivor Chinatsu, stricken with PTSD, has quit acting, dyed her hair blonde and moved to Los Angeles, where she now has a job working in a diner as a waitress named Holly. She can no longer speak, but she’s made a connection, working alongside her boyfriend John, while the kindly manager overlooks her occasional traumatic flashbacks. But then zombies show up in Hollywood, and these aren’t trauma induced hallucinations; they’re real and they’re hungry. 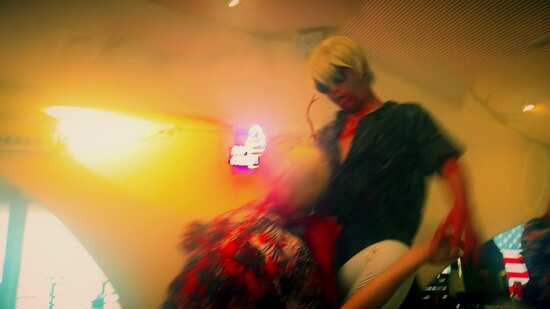 Both movies get 1.78:1 widescreen 1080p transfers, which are perfectly fine. Sure, the first acts of both films have the naturalistic, digital, low-budget feel of a found footage horror movie, but thereafter the quality of the presentations can’t be faulted, clear and sharp, with excellent detail and strong consistent colours. The audio is in DTS-HD MA 2.0 Japanese stereo format with optional English subtitles. The all important dialogue is clear, any moment of action is presented robustly, and the first film’s brilliant end theme gets revisited in the sequel.

The images in this review are taken from the sequel. 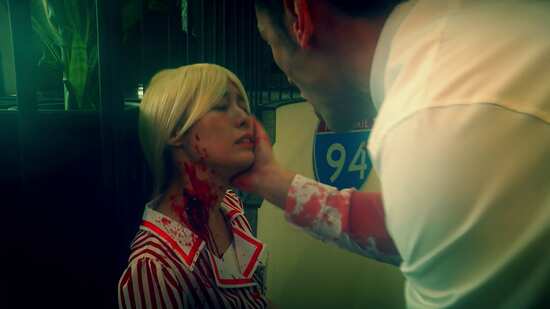 The sole disc gets an animated menu.

The Making of One Cut of the Dead lasts 43:56, a comprehensive behind the scenes look.

The director Shinichiro Ueda is interviewed for 17:35. 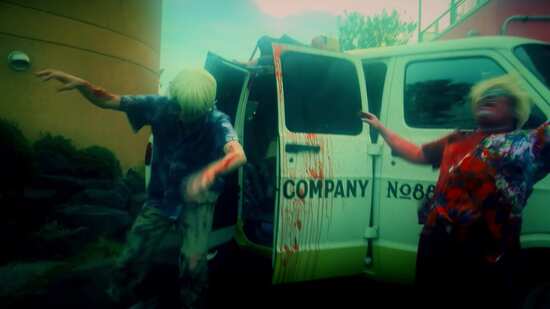 The Pom Instruction video is the same as that presented in the first movie, here in its full screen glory lasting 0:58. Pom!

Finally there are 4:36 of Outtakes. I haven’t seen the packaging to comment.

The Theatrical Trailer for One Cut of the Dead lasts 1:10. 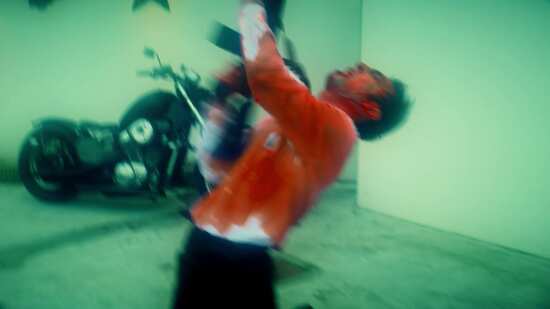 I suppose it’s petty of me to miss the “Take 8” short film, and wish that the Mission Remote lockdown movie could have been here as well. Extra features specific to One Cut of the Dead In Hollywood are also conspicuous by their absence, but given how much content is now squeezed into the dual layer Blu-ray, we would have been looking at another two disc release... 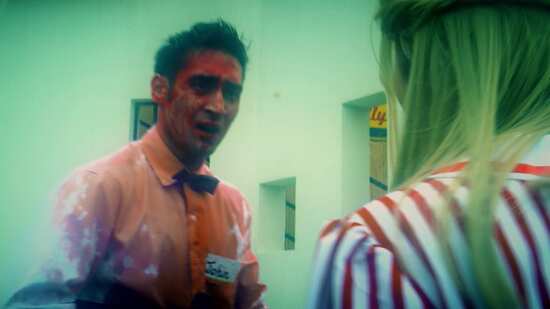 I still can’t talk about One Cut of the Dead. I’ll point you to my previous review to see me pussyfoot around the movie there, but once again, talking about this film is such a spoiler that I’d be hated for all eternity if I did. Yelling out the plot twist to The Sixth Sense outside the cinema on its day of release was a minor misdemeanour in comparison. But I can say this, having seen One Cut of the Dead once before, and now having full knowledge of its tricks, twists and secrets beforehand... meant that watching it for a second time was even better. You know what’s coming, and without wasting time on being shocked and surprised, you’ll get to appreciate the movie even more. 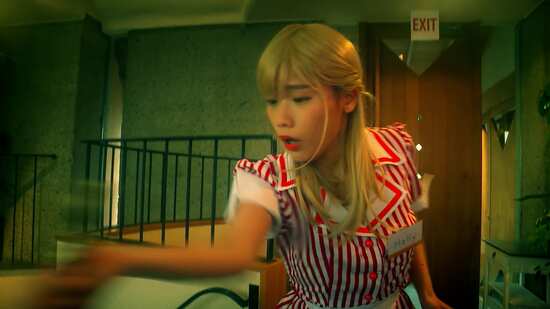 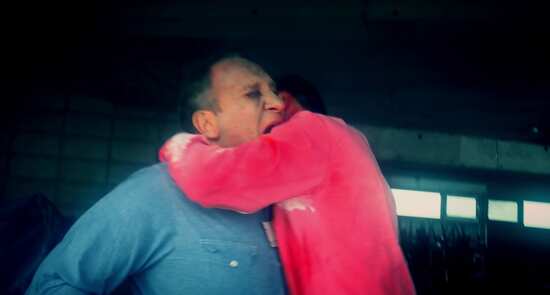 I did have my doubts about the sequel; the first act actually felt a little worse in the way that it is executed, but you really do have to give it the benefit of the doubt. If the first film’s opening had an indie sensibility to it, the sequel goes for the full on b-movie schlock with the blonde fright wigs and the aloha shirts. The second act once again feels a little like the film is spinning its wheels, but it’s the final act where it all pulls together, and reveals itself for the work of genius that it is. It also finds an emotional arc to the movie that the first film didn’t quite have, and makes for a really sweet moment in the story. 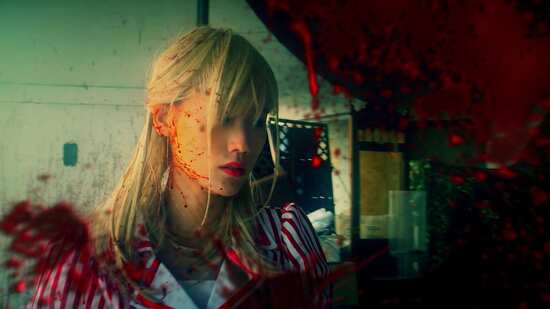 The sequel is good enough to justify buying this release, even if you have the original film’s limited edition two-disc version. But if you’ve yet to discover the joys of One Cut of the Dead, and judging by my Twitter feed, it looks like there’s someone new finding this film every day, then this Hollywood Edition package is really quite sweet, the first film, the sequel, and all but one of the original extra features.