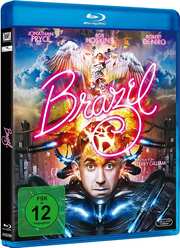 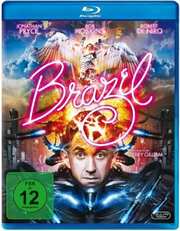 And today, in 2021, the newest law to come from our co(s)mic overlords is that if we have to protest, we have to do it quietly! The older I get, the more that I live in this country and put up with successive idiotic governments, the more I’m convinced that that the UK is slowly turning into Brazil. Although not the one with Jair Bolsonaro. In 2011, I reviewed the UK release of Brazil on Blu-ray, the great dystopian fantasy from Terry Gilliam. It’s become a perennial favourite of mine, and that UK release had one significant flaw that always bugged me. It was one of those Blu-rays with DVD audio. Frankly Dolby Stereo just wasn’t good enough, and when I learned that the German release had a lossless audio track, I simply had to import. But in every other respect, it’s the exact same disc, so for this review, through the magic of cut and paste, I’ll take you back in time ten years. And this time, there are screencaps. 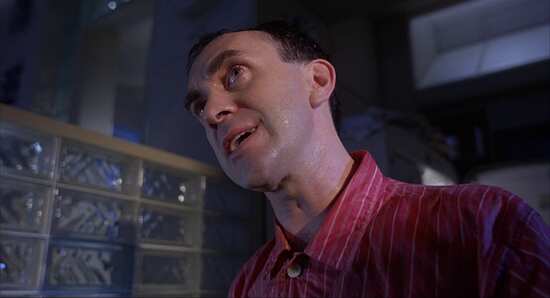 Quote:
This is one of those dystopian futures so cherished by sci-fi fans back during the Cold War era, featuring a world drowning in bureaucracy and the pursuit of clerical efficiency. Sam Lowry is the small cog in the machine of perpetual paperwork that becomes the unlikely rebel against the totalitarian society. Sam is much like any other office drone, except that he displays a remarkable competence in his job with a strange reluctance to accept promotion, and at night he dreams of soaring free, a winged warrior who comes to the aid of damsels in distress. However a simple clerical error puts into motion a chain of events that will drastically change his life. Pretty soon he will meet the girl of his dreams and get involved with the terrorist underground. 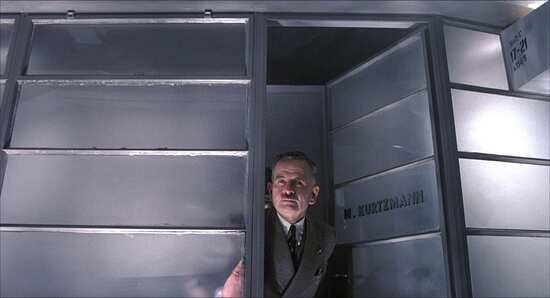 Quote:
If Terry Gilliam is known for one thing, it is striking visual imagery and Brazil has this in spades. The future bureaucratic metropolis is based loosely on fifties film noir, in terms of design and costume, but with peculiar touches that give the world of Brazil a singular identity. The small mundanity of the citizens in their dreary apartment hovels, surrounded by endless ducting and complex air conditioning is in stark contrast to the labyrinthine world of the bureaucracy, with its endless corridors and machine like precision. The effects are not really that impressive, especially in this age of CGI, but Brazil is far more about the atmosphere and ambience, and in that it is totally enthralling. 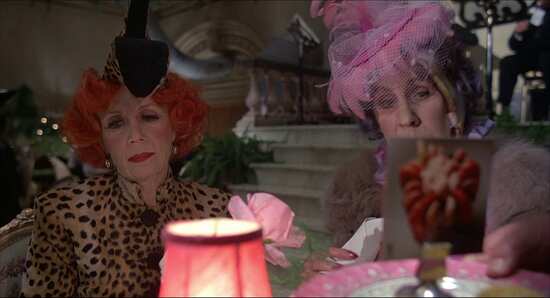 This Blu-ray gets the ideal visual transfer, presented at 1.85:1 widescreen at 1080p. The film is clean of any significant dirt or print damage, is stable and has a slight, tangible layer of film grain throughout, but appears otherwise unmolested by modern digital tricks like DNR. The detail is exquisite; the world of Brazil takes on a wonderful 3D life here. You can feel the depth and reality of this world, you can pick up detail that you’ll never have seen before, the texture of fabrics, the satirical in-jokes in the background, the complexity of the world design, the wonderful shadow detail. The film looks spectacular. 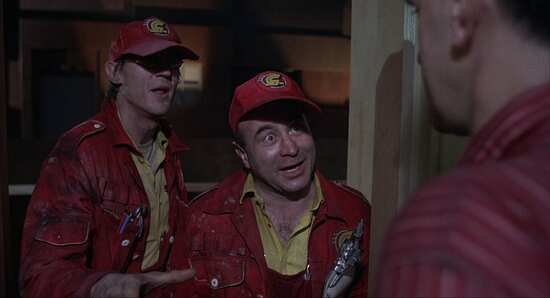 Who would have thought that all it would take to fix the Blu-ray would be lossless audio? But sure enough, this German release comes with DTS-HD MA 2.0 Surround English audio, and unlike the UK release, you also have the choice of Dolby Digital 2.0 Spanish, French, German, Italian, Russian, Polish, and Turkish, with subtitles in these languages and Danish, Dutch, Finnish, Norwegian, Portuguese, Swedish, Bulgarian, Chinese, Korean, Thai, and Romanian. The sound is excellent, clear and rich, keeping the dialogue audible, while making the most of the film’s sound design, the action, effects and music. 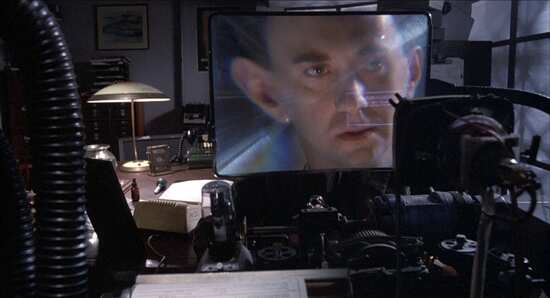 You get one disc in a thin BD Amaray case, and alas the sleeve isn’t reversible; you’ll have to live with the oversized German ratings logo. But the artwork is exactly the same as the UK release. The disc boots to a static menu. 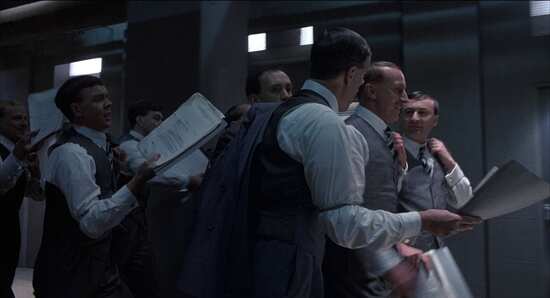 Quote:
The extras are all lifted from that original DVD, presented here in 480i SD format.

This disc has the 3-minute theatrical trailer and it also has the What Is Brazil? 29-minute featurette. This is quite a fascinating documentary with interviews with the cast and crew. It’s far from the usual publicity junkets we get nowadays and as well as being intelligent and engrossing, it is refreshingly honest and candid. 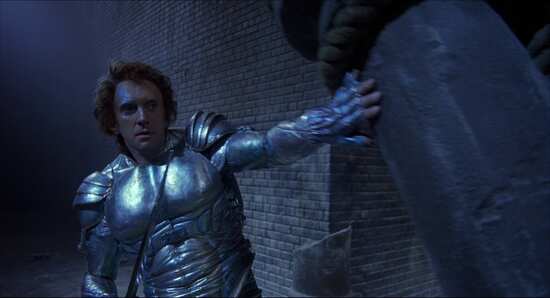 Quote:
I’m sitting here, trying to watch Brazil, and my neighbour’s plumbing has just kicked off again. Every time their toilet is flushed, a low frequency drone echoes through his house, and into ours, and has had me half convinced for the last three months that my home cinema system is picking up some kind of weird interference. My dad got a letter from a computer at the department of Pensions recently, telling him that his pension is being arbitrarily reduced. As soon as the Tory government came into power, intent on robbing from the poor to give to the rich, the first thing they did was to order an ‘audit’ at the Pensions department, and some hunk of silicon has decided that an ‘irregularity’ in the way his pension was calculated 12 years ago means that there is an ‘error’ in the government’s favour. Now he has to go up against a bureaucratic nightmare just to get the money back for which he worked his life. I worry about the gas appliances in my house, because they weren’t fitted by registered Corgi engineers, rather skilled people who could do the work without filling out tons of paperwork. Those Corgi engineers get jealous. The last time one was in my house, he condemned every appliance he could find. The IRA is out of business, but we still get bombs going off from time to time from various angry people. Those same angry people can be whisked off to Guantanamo at a whim, government sponsored kidnapping euphemistically called rendition, although they don’t yet have to pay for their own torture. And a bureaucratic foul up got an innocent man; Jean Charles de Menezes killed a few years back.

When did I start living in ‘Brazil’? 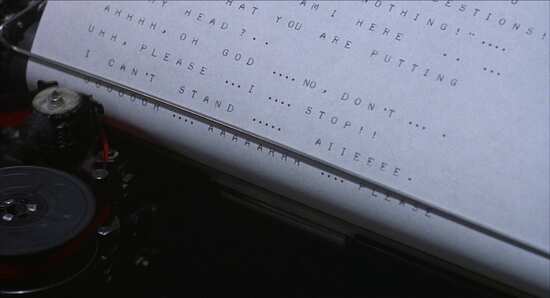 I love films like this, organic, living, ever changing and vibrant. Brazil really is alive, ever relevant, and as a viewer, my perceptions of it continue to alter with time. The first time I watched it, I was far too young to appreciate it, and found it dull and dreary, even a little monotone. When I reviewed the DVD for this site, it was a wonderful, comic satire, a dark fairy tale fantasy that was an effervescent explosion of visual imagination, its greys and monotones invested with the colour of its characterisations and story. The film itself doesn’t alter, but perhaps it’s the change in the world, perhaps it’s the change in myself, nearly ten years older, more cynical, and more world-weary. But this time I watched Brazil, and it was like watching the real world around me, but reflected in one of those novelty mirrors that you get in funfairs. It’s a warped image of our own society, one that makes the satire in the movie all the more biting, and the humour ever darker. 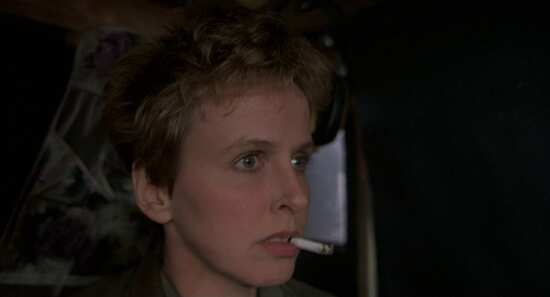 That was 2011, and I now find Brazil to be more relevant than before. You might think that odd, as it looks to be more of a commentary on the UK governments of the seventies, all about state control and centralised power, before the eighties came and utilities started being privatised left, right and centre. But we’ve just lived through a year where the government has been legislating our lives to a degree that we’ve never seen before. Our movements have been controlled and curtailed, we’ve even been restricted in who we can meet. And in this capitalist world where corporations now rival and exceed national governments in power and reach... when a company is bigger than the state, it just the same as being state-owned anyway. Yeah... welcome to Brazil. 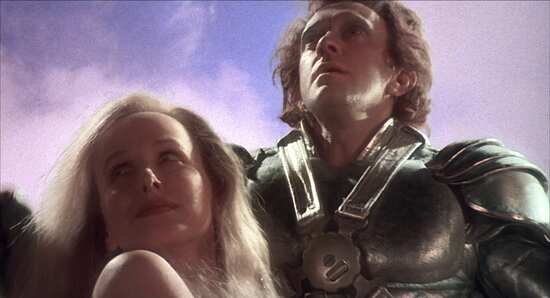 In 2011 when I reviewed the UK disc, it was the best version to get, despite its lossy audio, as the then sole US release had the shorter version on it, not this director’s cut. But it wasn’t long before Criterion turned their attention to the film, and gave it the release it deserved on a 2-disc, feature laden release, and with both versions of the film. Alas, that is locked to Region A, so even now for Region B audiences, this 2013 German release is the one to go for, with the lossless audio.