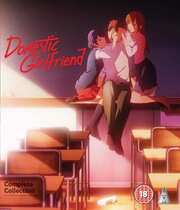 Sometimes it feels as if romance is synonymous with anime. Certainly when it comes to romantic comedies, and blushing high school first loves, pick an anime show at random, and you’ll have a pretty good chance of investing in some sort of relationship. But the fact of the matter is that most of this stuff is skewed towards the younger demographic, and usually conforms to the harem tropes. Romance that plays to an older demographic, even something as prosaic as a soap opera, is pretty rare on the ground, at least in the West. I can only think of two shows off the top of my head which stray from the usual offerings, Rumbling Hearts, released in the UK way back by Revelation Films, and Nana, which never got a UK release. Maybe Scum’s Wish fits the bill too, although I could never click with that show. The premise of Domestic Girlfriend certainly suggests a more adult target audience. 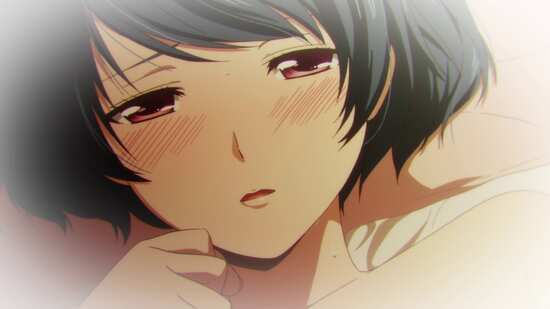 Natsuo Fujii’s life is about to take a turn. He’s been nursing a crush on his teacher Hina for quite a while now, although he’s just beginning to realise that it’s not a crush that will ever develop. So he’s persuaded to go on a group date instead, but he’s feeling a lot like the odd one out. He’s not the only one, as a girl named Rui Tachibana is clearly uncomfortable, and she takes the first chance to leave. Leave with Natsuo that is... Rui want to have sex, just to know what it feels like, and seeing something of a kindred spirit in Natsuo, she invites him back to her place. 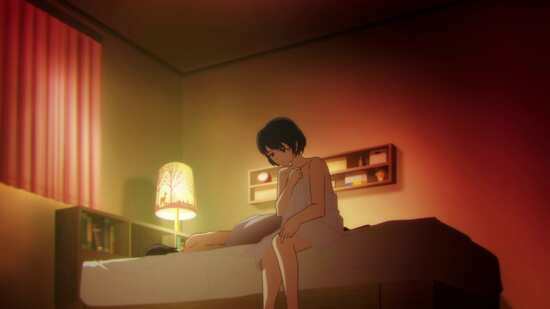 It’s an unreal morning after, especially with a girl who he has no expectation of ever seeing again, but then Natsuo’s dad announces that he’s getting remarried. He introduces his new wife to be to Natsuo, a woman named Tsukiko Tachibana and her two daughters Hina and Rui. Natsuo’s crush and his one night stand are going to be his sisters, and life will never be the same. 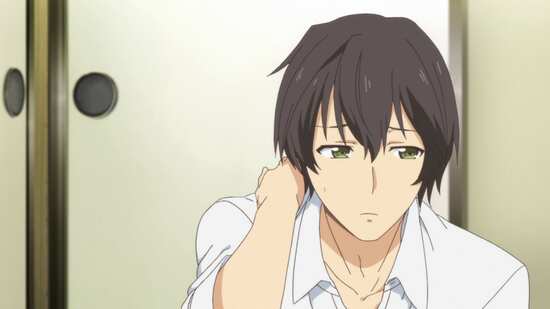 12 episodes of Domestic Girlfriend are presented across two Blu-rays from MVM. 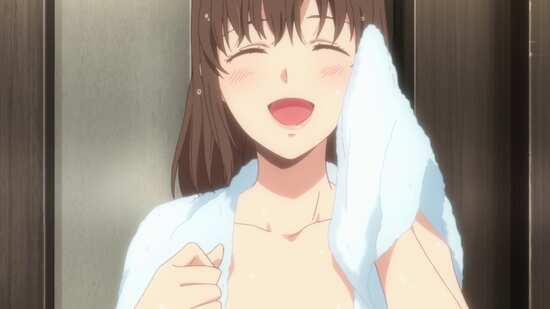 Domestic Girlfriend gets a 1.78:1 widescreen 1080p transfer across these two discs. The image is clear and sharp, the colours are consistent, and there are no problems with compression, aliasing or any noticeable banding. In terms of the animation, Domestic Girlfriend doesn’t step out of the comfort zone for high school drama. The character designs are fairly generic for the genre, the world design is crisp and detailed while understandably contemporary, and the animation does what it needs to tell the story. This isn’t a show that calls for many visual bells and whistles. 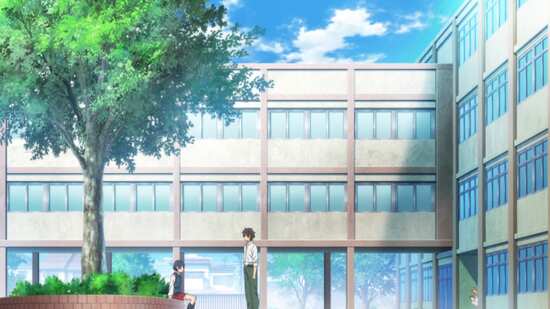 You have the choice between DTS-HD MA 2.0 Stereo English with signs, and Japanese with subtitles, all locked during playback. I stuck with the Japanese throughout and was happy with the experience. The actor performances are solid, although with this being a character drama, this isn’t a show that pushes in terms of action. The theme songs suit the show, and the incidental music drives the drama well. The subtitles are accurately timed and are free of typos. 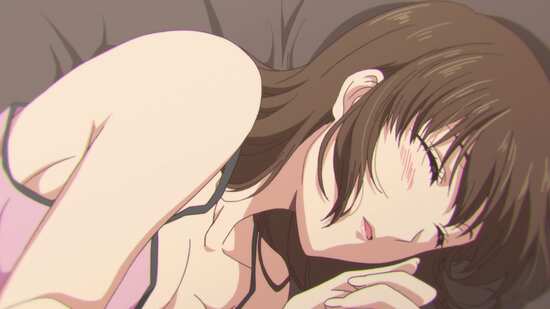 The extras are on disc 2, and comprise the textless opening, the two textless closings, and trailers for Senryu Girl, After the Rain, Real Girl, and The Demon Girl Next Door. 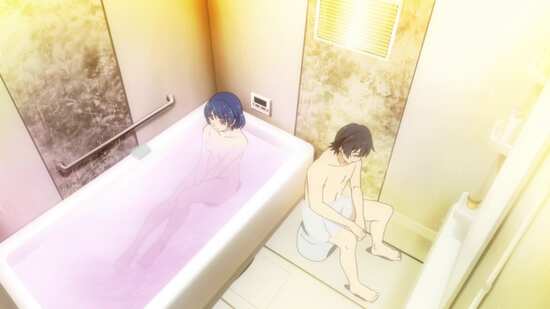 I may have hoped for a little too much from Domestic Girlfriend, a more serious and realistic look at sex and relationships, and not just another harem comedy with clichéd tropes instead of actual characters. Well, Domestic Girlfriend is definitely different, and it’s refreshingly honest in terms of characters that actually want and have sex, as opposed to all that blushing and falling over that you usually see. But I forgot that this is still aimed at the typical anime demographic, and it has to conform to certain expectations. 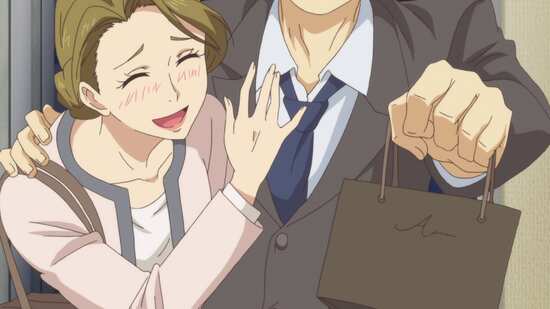 A love triangle is provocative enough, but Domestic Girlfriend has to tickle the taboos to titillate the target audience. We have a high school student who is in love with his teacher. Taboo #1. Their parents get married, so now he’s got two stepsisters, one which he’s in love with, and one with which he has already had sex. Taboo #2 and probably #3. Is this really necessary to tell the story? Must we get all Shakespearean with the relationship dynamics? Probably not, but it never hurts to nail that audience demographic. The character clichés are there as well, best buds who will put a guy in a headlock if a girl looks in his direction, through sheer jealousy, the cafe owning relationship Yoda, the excessively effeminate gay cliché who turns into a butch bad-ass when riled. In some, depressing ways, this is a show that plays anime cliché roulette to build its story. 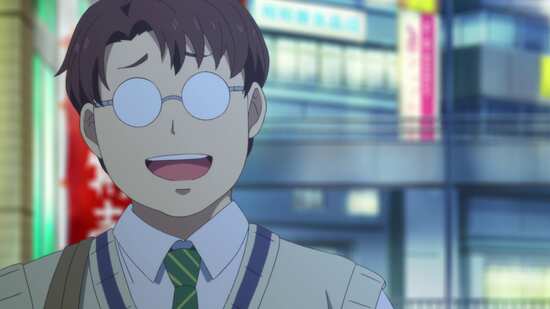 The icing on the cake is the utter male wish fulfilment contrivance when it comes to the way it engineers its character’s sexual encounters. My eyes rolled at the “Your sister isn’t feeling well, stay home and take care of her, there’s a suppository in the cupboard” A suppository?! What happened to a couple of paracetamol and a bowl of chicken soup? 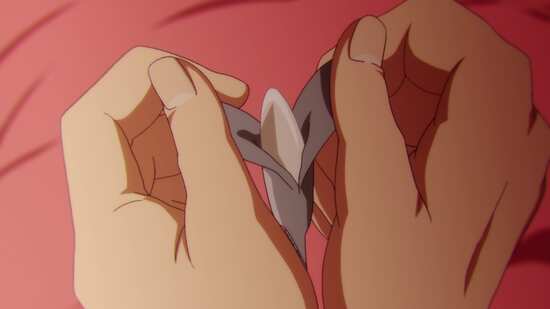 However, if you manage to put all that nonsense briefly to one side, Domestic Girlfriend is pretty watchable, and it manages to avoid the excessive histrionics that its story might suggest, and is certainly nowhere near as overwrought and tragic as say Rumbling Hearts. It manages to keep a sense of humour about it, and it quite refreshingly remembers that there is more going on in these characters’ lives than love, unrequited or not. A fair portion of the show revolves around the school’s Literature Club, and Natsuo’s ambition to become a novelist. 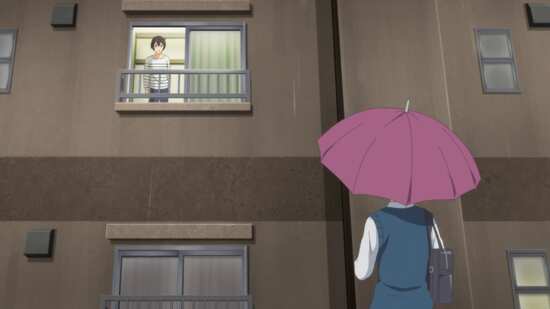 The pace of the story is pitched just right, and there is a ‘one episode more’ compulsion when watching it. Despite, or maybe because of the salacious premise, I was invested in the characters for the most part, wanted to see how their love lives would turn out, whether Natsuo would see his fantasy first love with Hina come to fruition, or whether he would continue to indulge his ‘friends with benefits’ arrangement with Rui. Of course with all this now happening under the same roof with his stepsisters, naturally the secret would get out, and no matter how much furtive skulking around there is, someone is bound to get hurt. 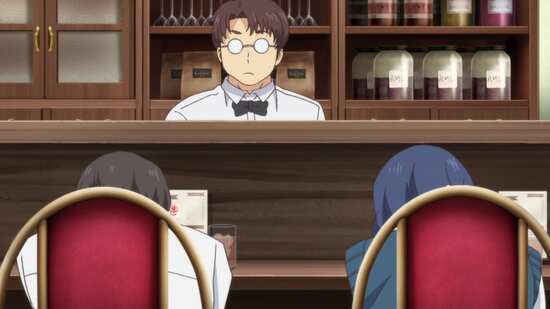 Domestic Girlfriend surprised me right up until the final minute by actually heading in a realistic direction, developing in a way that doesn’t cater for the wish-fulfilment by proxy fantasy that the viewers might have. I was all ready to give the show a higher mark for actually entertaining me, and holding my interest, despite its many flaws and clichés. But then that final minute did happen, and it’s the kind of sinking feeling misstep that you get when you think you’ve reached the bottom of the stairs, but there’s actually one more step, and it feels like you’ve just stepped off into the abyss. Domestic Girlfriend just has to have its wish fulfilment by proxy denouement, and it leaves a sour taste in the mouth. 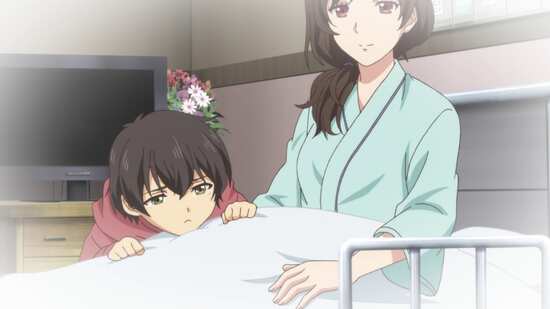 These Blu-rays from MVM are just fine, and for a romantic comedy drama, Domestic Girlfriend does go in directions that other shows tend to avoid, and it’s well worth looking up if you want something different from the usual anime romance. But it is a flawed series and you’ll need to make a lot of allowances to get something out of it.