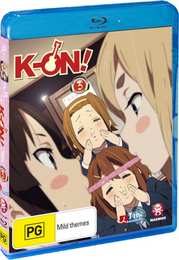 Next on my whistle stop tour of the K-On! Blu-rays, I quite logically and sequentially come to Volume 3, where the episode count diminishes, but it’s made up for by an increase in the moe quotient with the addition of 1st year Azusa Nakano into the group. 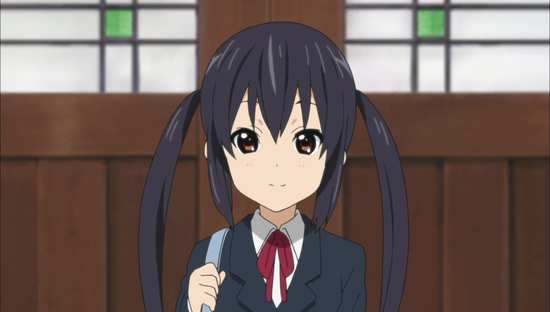 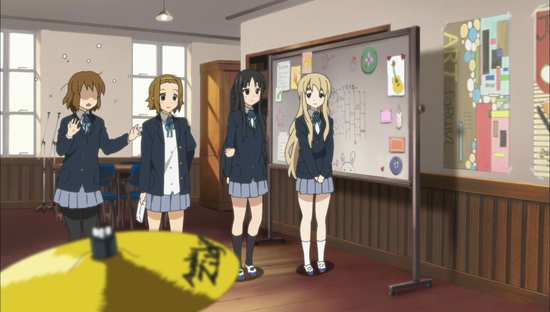 Now she's lead guitarist in a rock band, although learning to play, after she has bought a guitar comes surprisingly easy. On bass is the seriously minded, and seriously shy and easily spooked Mio Akiyama, while Mio's best friend, the brash and outgoing Ritsu Tainaka is the drummer. On keyboards is fellow surprise recruit and warm-hearted rich kid Tsumugi Kotobuki, while as the second year of school starts, they get a new recruit in the form of guitarist Azusa Nakano, and together the girls aim to hit the big time. 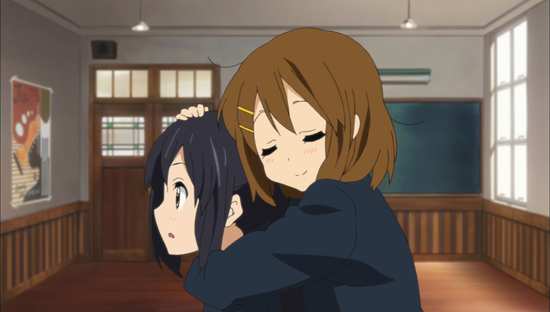 The next three episodes of K-On! are presented on this Blu-ray disc from Madman Entertainment. Once again, this is just a quick overview of the Blu-ray; the DVD review goes into more depth about the show. 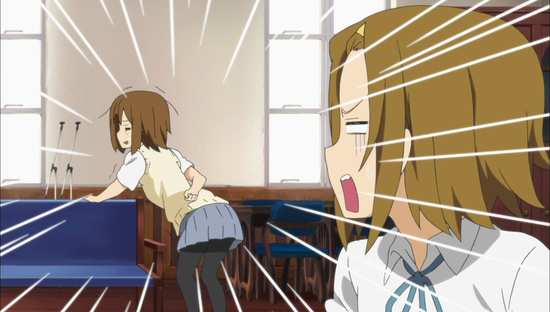 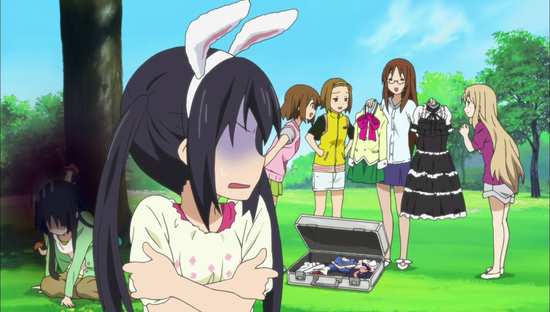 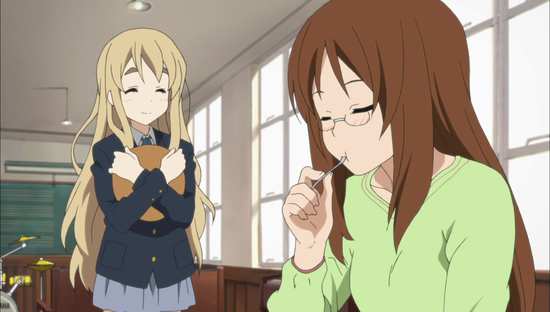 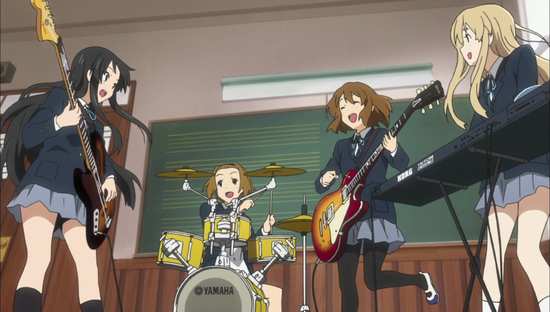 Bandai offer optional English translated subtitles for the Japanese audio, and a signs and songs track for the English, and it’s all done in a nice, discrete, but legible yellow font. The subtitles are free of typographical error and accurately timed, and this time the signs translations were in sync with the onscreen text. One error actually, with the word ‘playing’ instead of ‘played’ in one caption. 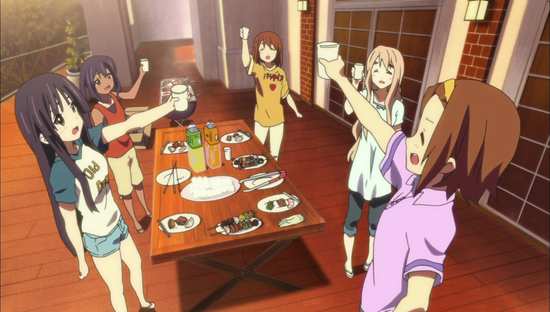 Volume 3 comes in a Blu-ray Amaray and once again the interior sleeve offers poster art. The disc label art is pretty nifty too, this time with Ritsu framed in a partially consumed cake product.

The show gets an animated menu screen, and the extras on disc comprise a 6:26 interview with the English voice of Ritsu, Cassandra Lee presented in 1080i. She discusses the character and the show, and also talks about how the show relates to her own experiences of high school. There’s also an English dub music video for My Love is a Stapler lasting 1:43 and in HD

There are also Madman trailers for Summer Wars, Evangelion 2.22 and FLCL. 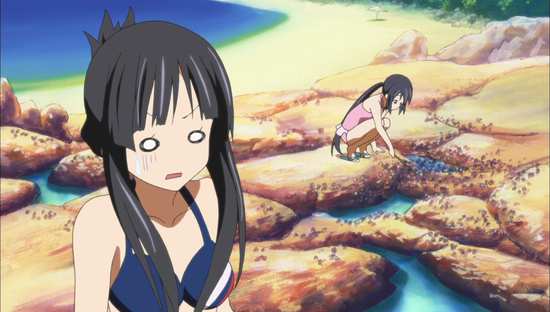 I dread to think what I look like when I’m watching K-On!, sat in front of the TV with a dopey grin plastered on my face for the duration, apt to chuckle at the slightest cute antics of the main cast. Yes, I am a grown man, battling against the unwelcome onslaught of middle age. But for these 25 minute chunks of K-On! that battle comes to a ceasefire, and all my mental inhibitions, my sense of propriety as a grown man are lost and I thoroughly enjoy this light, frothy, charming, inconsequential comedy about high school girls like a... well, like a K-On! fan. 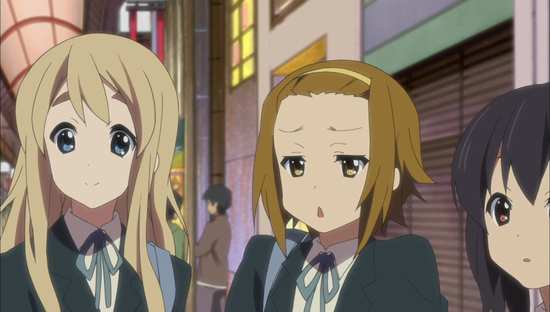 Once more I’m happy squee-ing about the show on Blu-ray, as it looks better than ever, and I can revel in the cuteness of the animation to a greater degree. Of course it doesn’t sound any better than the DVD, well it does if you take into account PAL speed-up and pitch correction, and the subtitles are the same, but it really does strike home that Manga dropped the ball when they cancelled the K-On! Blu-rays, as I bet everyone was waiting for them, not the DVDs. They are that much better. The cover art too is better than the Manga release. 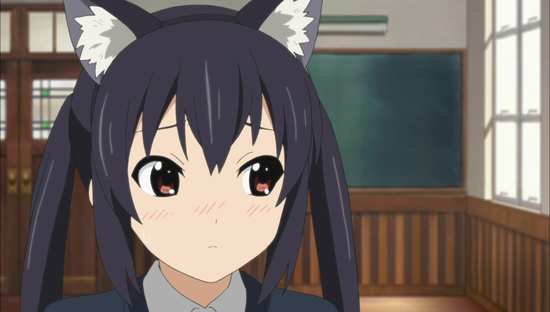 Blu-ray moment of the disc... Azusa putting on the cat-ears and becoming Azu-nyan!